It’s December, which could potentially be a huge month for the Warriors’ franchise. Most of that hype has to do with the impending return of beloved Splash Brother Klay Thompson after two-plus missed seasons due to injuries.

During his weekly appearance on 95.7 The Game’s “Damon & Ratto” Thursday, Warriors coach Steve Kerr spoke optimistically about Thompson’s return. Check out the full interview below:

“He’s right there, though,” Kerr said. “Now it’s literally a matter of weeks. He’s in good spirits, he had a great weekend in Santa Cruz. It’s wonderful to see him happy and playing. But these last few weeks are going to be maybe the hardest time of all because he feels like he’s ready to play right now. He’s still anxious to get out there.”

Thompson looked sharp while rehabbing with the Santa Cruz G League Warriors this week and even knocked down a game-winning 3-pointer to wrap up one scrimmage. At this point, it’s a matter of building up Thompson’s endurance to get back in to NBA game shape.

While Klay couldn’t help but sit on the bench for 35 minutes following a game last week with a towel over his head, he’s still living his best life. During a spirited Q&A with fans on his Instagram Live from his boat on the Bay Friday, Thompson gave a guess for his return.

“Hopefully within the next few weeks, man,” Thompson said. “That’d be really nice. Maybe a month, I don’t know. It’s hard to gauge.”

Klay says "it's hard to gauge" when he'll be back, but hopefully in the next few weeks or a month

Thompson was in peak Captain Klay form Friday, listening to music, dancing and speeding along in his boat while wearing an SF Giants-issued captain hat. Thompson remembered the time he met Barry Bonds at his favorite breakfast spot, told rookie Jonathan Kuminga to hit the gym and made a plea for Seattle to bring back the Sonics. As long as he's on the ocean, Klay looks to be all good -- lengthy rehab or not.

Reports surfaced in late November that Thompson and the Warriors were hopeful he can return before Christmas, but perhaps we’ll have to wait until January for No. 11’s return. Golden State has no reason to rush him back and will surely be cautious with their superstar.

Thompson’s return will transform the 18-3 Warriors, who enter Friday’s showdown against the 19-3 Phoenix Suns with the league’s top net rating (12.6). 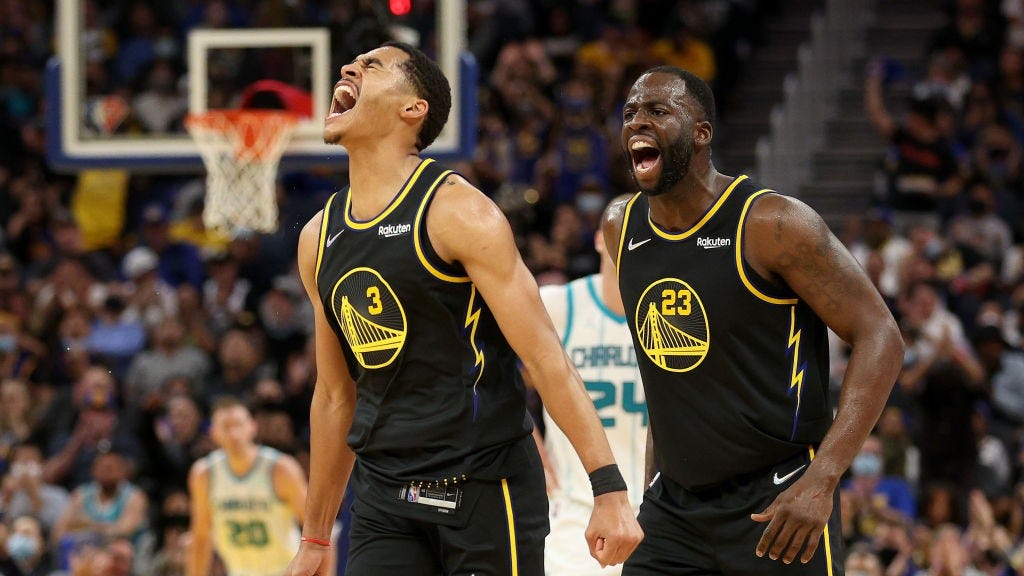