Draymond Green reportedly could miss the Warriors’ next three games on their road trip, as he recovers from a calf strain he suffered during warmups on Klay Day. The Athletic’s Anthony Slater reported the news Wednesday from Warriors coach Steve Kerr.

Draymond Green won’t play in Milwaukee or Chicago. Steve Kerr said “I guess there’s a chance” Green could rejoin Warriors in Minnesota, but “doubtful”. Likely out for entire road trip.

While the Chase Center crowd was ooh-ing and ahh-ing at Klay Thompson during warmups Sunday before his hyped comeback game Sunday against the Cleveland Cavaliers, Green tweaked his calf. Draymond played a ceremonial seven-second stint after getting the start with his good friend and decade-long teammate Thompson, but limped gingerly to the bench. His absence was felt in Tuesday night’s 116-108 loss to the Memphis Grizzlies.

During his appearance on 95.7 The Game’s “Steiny & Guru” Wednesday, Warriors TV broadcaster Bob Fitzgerald detailed why Draymond’s absence is such a big deal. You can listen to the full interview above.

Green might only be 6-foot-6, but he’s the team’s top interior defender and top playmaker on offense. The Warriors are 27-6 with Green compared to 3-4 without him this season.

The Warriors will have their hands full in the next two games, as they face the defending champion Milwaukee Bucks Thursday before heading to Chicago for Friday’s second leg of a back-to-back against the Bulls, who currently tote the Eastern Conference’’s best record at 27-11. The Minnesota Timberwolves (20-21) aren’t as intimidating but have a talented frontcourt led by Karl-Anthony Towns. 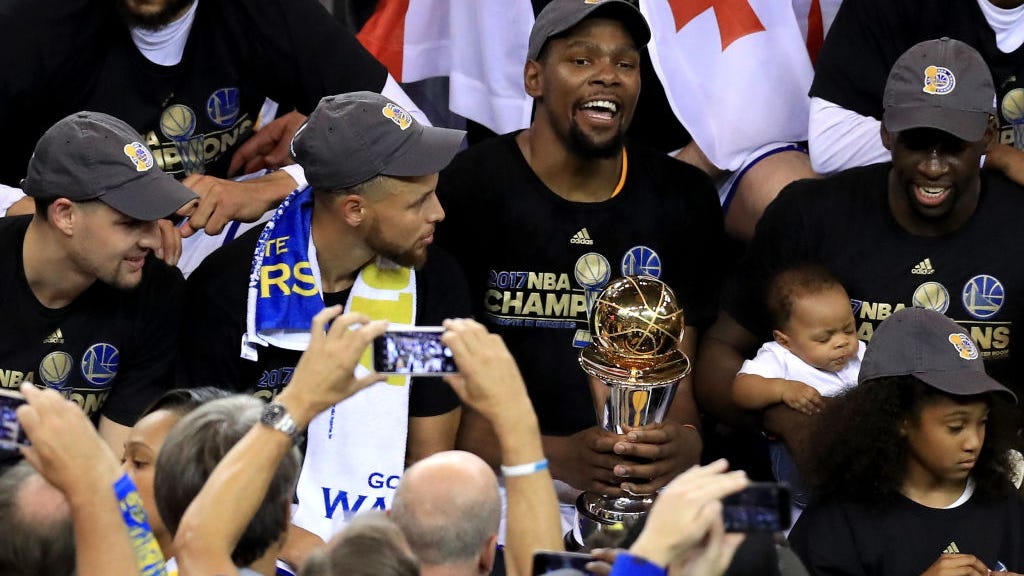