SAN FRANCISCO – Draymond Green went on a tangent during his postgame press conference Friday after the Warriors eliminated the Grizzlies with a 110-96 win and ESPN analyst Kendrick Perkins got caught in the crosshairs.

Green put up 14 points with 15 rebounds and eight assists Friday night and a reporter asked him about his postseason production. Somehow, that opened up the floodgates for an extended rant from Green about Perkins.

“You know, something came to my phone earlier, like saying I'm scared to shoot the basketball,” Green said. “‘Scared’ and me in the same sentence and like, brutal, you know. But you got the big ogre on TV talking about ‘what Draymond said ain't the gospel.’ It is the gospel; what I say is the gospel.

“And when you say that multiple times, like on several different segments, you must think what I say the gospel. You know, you've got to come out and shut some guys up sometimes. I like to show when you got people out there just talking the side of their neck; anybody can make the pass Draymond make. That's just stupid.

I mean, these are people who get employed to talk on TV about our game. And you know, it's -- "anybody could make that that pass." You make that pass. Would love to see it. I played against the guy by the way. I'm talking about Kendrick Perkins, for those of y'all that who don't know. I'm never ducking no smoke, as the Memphis Grizzly towels says, I don't duck no smoke. …You know, you've just got to come out and shut people up sometimes. It was very fun to do.”

Draymond clapped back at Kendrick Perkins for some of his recent comments 👀 pic.twitter.com/7tFcjP69fy

Perkins caught wind of Green’s comments and unloaded a personal NSFW take of his own, which was eventually deleted. But not before a fan screen recorded it, because the internet never forgets.

“All that ogre and all that you say I look like,” Perkins said. “Man, you ain’t cute, you ain’t handsome. You better thank that NBA logo, you better thank Jerry West. Man, I’ve been with my wife since the 10th grade – dime piece – before the NBA stuff. So don’t get it twisted and all that, whatever you gotta. At the end of the day, look, I can say whatever the f--k I wanna say when I wanna say it.

“I said that you wasn’t being aggressive, you wasn’t the Draymond of old. Yeah, you came out there and you handled your business tonight, but did your thing.

“Thinking I’m gonna shut up or whatever? Man, you can miss me with all that. I box and lip wrestle all damn day. You know what I’m saying? Straight up, boy. I don’t give a damn about all that s–t you talking about, you crazy as hell thinking you’re gonna shut me up. You better play with some of these other cats. You got the game f–ked up, f–king with Big Perk.”

The two former adversaries on the court are new feuding through the media. 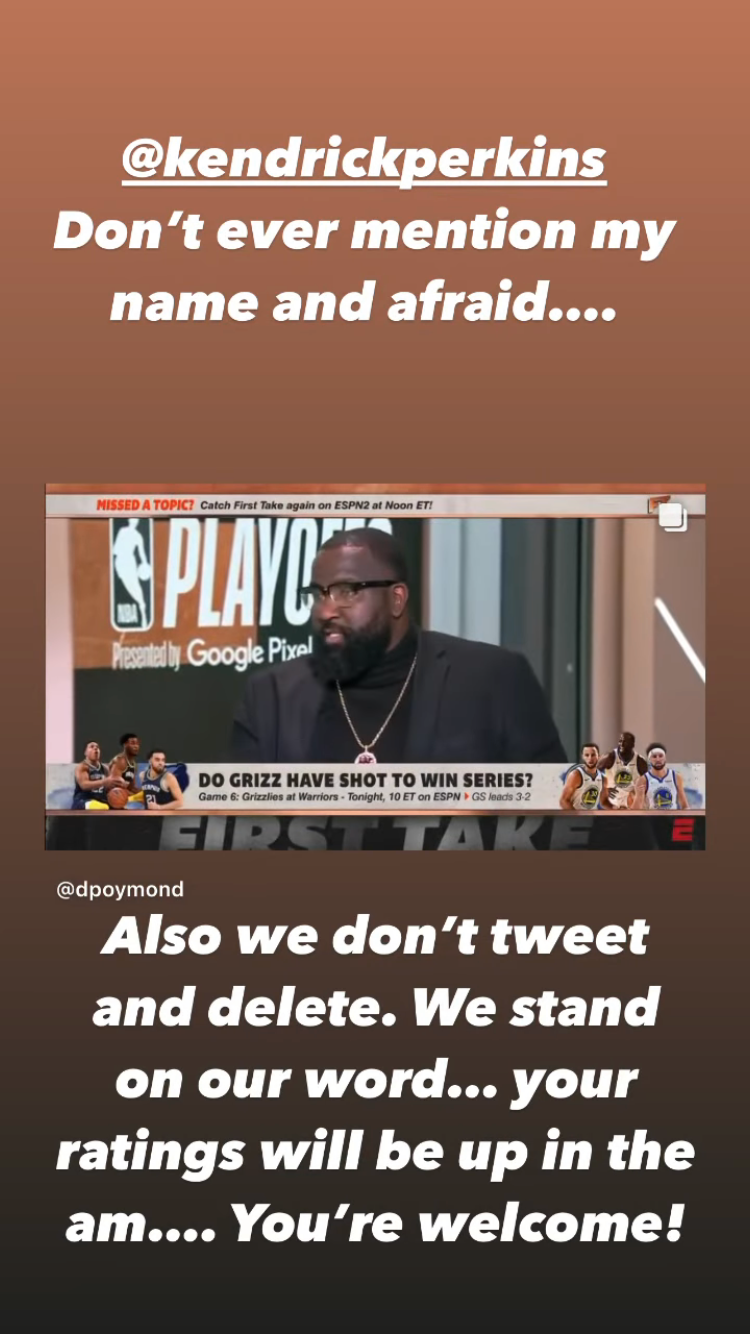 Welp, just another piece of drama for this Warriors-Grizzlies series. ESPN will have plenty to talk about this weekend and on Monday morning. 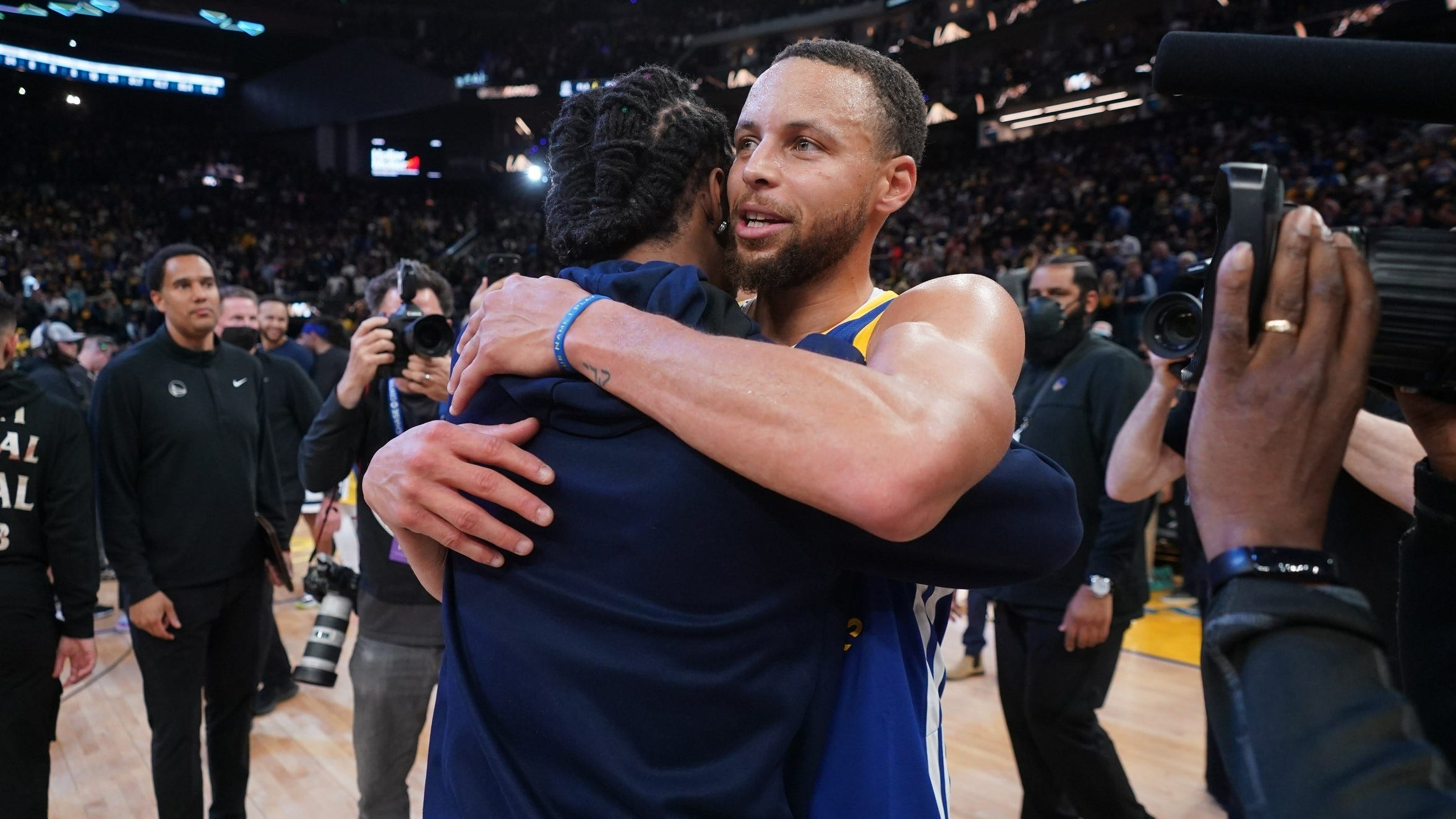