SAN FRANCISCO – It’s a shame that Ja Morant was sidelined for the final three games of this intense Grizzlies-Warriors Western Conference semifinals.

We were all robbed of a chance to see one of the game’s most electrifying stars playing with unprecedented stakes. Alas, his right knee bone bruise kept him sidelined as the Grizzlies were eliminated Friday night, during the Warriors 110-96 series-clinching win in Game 6.

Shortly after, like he’s done for most of the series, Morant took to Twitter to share his thoughts on the game. While he was eager to praise Warriors superstar Steph Curry, calling No. 30 his favorite matchup, Morant also took the opportunity to throw some shade at Golden State rookie Jonathan Kuminga.

Morant and Curry were exchanging trash talk all series. In Memphis' Game 2 victory, Ja dropped 47 points. For the three contests he played, Morant averaged 38.3 points, 8.3 assists, 6.7 rebounds, 4.3 made 3-pointers and 3.0 steals while shooting 50.6 from the floor and 43.3 percent from 3-point land. Steph had nothing but respect for Ja after Game 6.

“He’s a problem,” Curry said. “I mean, his numbers are crazy. We were up 2-1. So, still had confidence we could finish out the series, but he requires all of your attention. What is he in his third or fourth year? Sky’s the limit.”

Kuminga, meanwhile, didn’t earn the same type of reaction from Morant. The rookie tweeted, “Whoop that ……. 🤪” in a reference to Memphis’ “Whoop That Trick” anthem. With about two minutes left in the game, Warriors fans even started chanting it at Chase Center. But Morant wanted to check the rookie's credentials.

Morant is only 22, so it’s funny to see him call the 19-year-old Kuminga a kid. Morant's three-year career has been remarkable, though, including a Rookie of the Year campaign and 2021-22 Most Improved Player award. But JK really didn’t have an impact on the series, outside of his efficient 18-point night in the Game 3 blowout. He averaged 12.8 minutes per game and got a “DNP - coach’s decision” in the box score on Friday night.

Still, Kuminga has a chance to get some minutes in the Western Conference Finals and Morant doesn’t. It’s a team sport, but there’s sure to be some extra sauce to any future Morant-Kuminga individual matchups after this Twitter tit-for-tat.

“They are going to be around for a long time, fighting for Western Conference prowess,” Curry said of the Grizzlies. “We’ll enjoy this and keep moving towards our goal, but you have to understand that they are going to be a problem. Definitely an amazing matchup – fun, entertaining, high-level basketball, all the antics and pettiness and all that stuff, I love all of it.”

“You get to the business side of things and you gotta keep that group together,” Green said. “That’s a group of young guys that are hungry, they are talented, they are athletic. They got it. You know, it will be good to see their progression over these next few years and where they can take it, because that’s an incredible young team. You know, they can be special. They can be really special.” 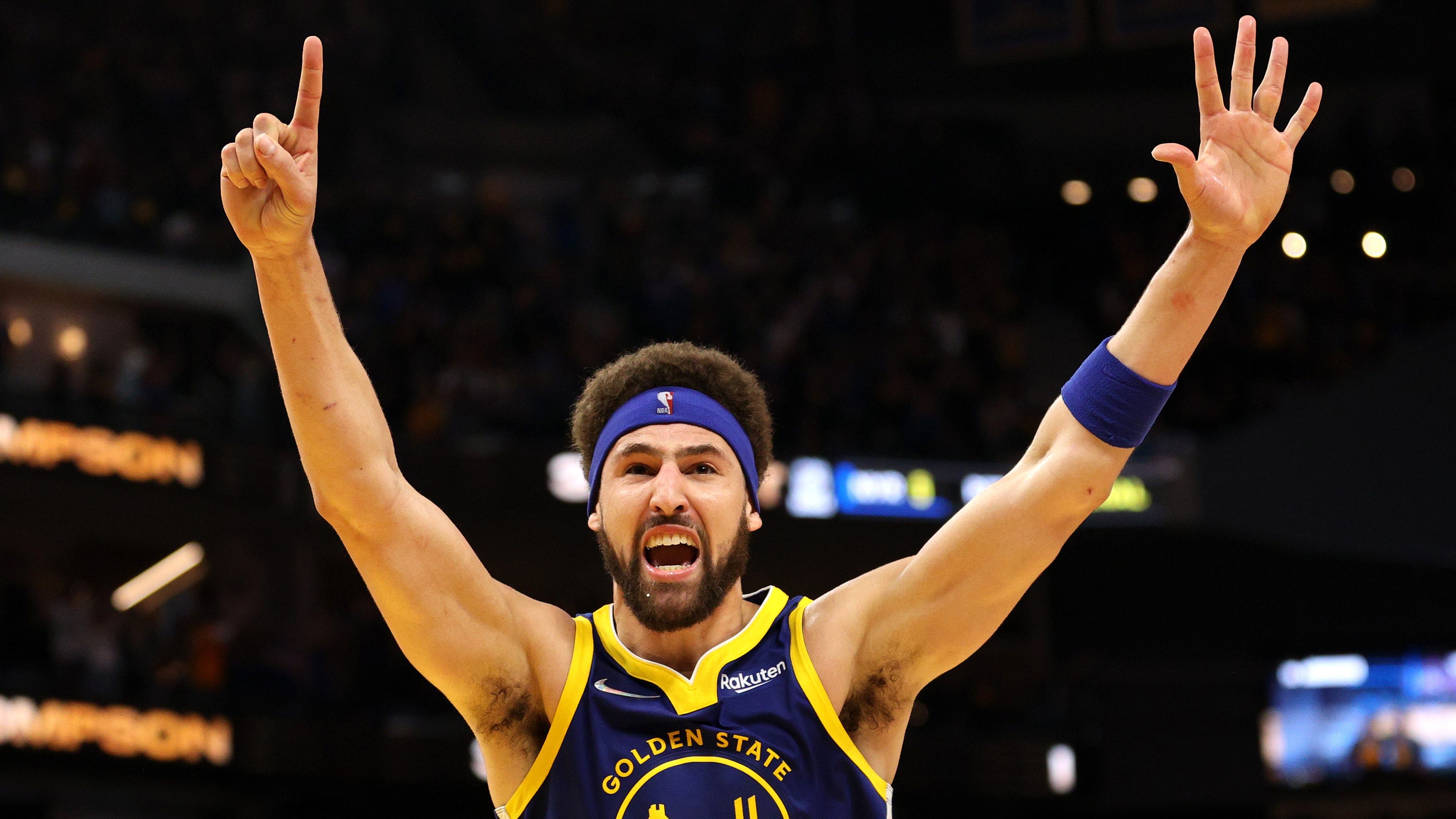 The legend of Game 6 Klay grows with epic performance vs. Grizzlies