What is it about Juan Toscano-Anderson, Gary Payton II and the Chase Center?

JTA, who grew up in Oakland, and GPII, whose father is from Oakland, each have special connections to the Bay Area. Throughout the season they’ve often electrified the entire arena in San Francisco with their high-flying acts and Friday was no different. The pair of bench players combined for 36 points to help spark a 118-96 Warriors win that snapped an 18-game win streak for the Phoenix Suns.

"Everybody knows what their job is," Toscano-Anderson said. "That's the beauty of this team. Everybody comes to work and knows what they're supposed to do. We're all accepting of that and we all understand that, you know, everybody can't be the main character in the movie. You gotta play your role to make the movie work. That's what we do."

Toscano-Anderson and Payton helped seal the game in the fourth quarter with a couple of transition buckets. The first came from GPII, who threw down an absolute hammer in transition to get the Chase Center crowd on its feet. Payton finished with 19 points on 7-of-9 shooting, including 3-of-5 from 3-point range.

The crowd couldn’t even sit down by the time Toscano-Anderson was streaking down the floor on the Warriors’ next possession. He went hard to the rack and delivered an and-one attempt with the foul, giving his patented dueling pistols celebration from his backside on the hardwood. The buckets gave the Warriors an 18-point lead with less than seven minutes left and all but sealed the game.

Have yourself a game JTA

JTA finished with a season-high 17 points, just three off his career high, in 26 minutes while shooting 7-of-8 from the floor.

Toscano-Anderson didn’t wait long to announce his arrival to the game, as he immediately delivered a poster-worthy dunk on former Warriors big man JaVale McGee in the first quarter.

JTA ARE YOU SERIOUS?!? OMG

JTA called it the best dunk of his career.

"That's the best dunk I think I've ever had in-game," Toscano-Anderson said. "I mean, on a 7-footer in the NBA? Two best teams in the league, playing for the Warriors. It's just like a perfect sundae for me -- whip cream, cherries, sprinkles, all that. It's a hell of a picture, man. I'm gonna hang that at my mom's house."

Congrats young fella ill sign it for you! https://t.co/yk9aLQaece

"That was impressive," Warriors coach Steve Kerr said. "That really got the crowd going and fun play for our team. Fun way for him to immediately bounce back from the other night."

As Kerr alluded to, Toscano-Anderson struggled in the first Warriors-Suns matchup earlier this week, piling up five turnovers while scoring just two points in 13 minutes Tuesday. But JTA responded by putting together one of his most productive games of the season. Toscano-Anderson also chipped in five rebounds and five assists while only turning the ball over once.

"That last game was tough for all of us, but you move forward," Toscano-Anderson said. "There's 82 games in this season. That's a great way to respond to adversity. We threw that last game in the toilet, we learned from it and made adjustments. We took care of the ball more than we did the other night. What a difference a game makes."

The Warriors have touted their depth all season and the duo that shined Friday night was a huge part of it. Payton said he talks with Toscano-Anderson perhaps more than any other Warriors teammate since they have similar responsibilities a high-energy disruptors off the bench. Payton also said he looks up to JTA for forging his NBA career out of the G League and working to a guaranteed contract.

"He's been playing amazing, just doing his job and playing his role and being himself," Payton said. "I look up to him, just like I look up to [Chicago Bulls guard Alex Caruso] A.C. and everybody that came out the G [League] and got out the mud. Just trying to be in a position where he is with a guaranteed contract and continue to help this team win." 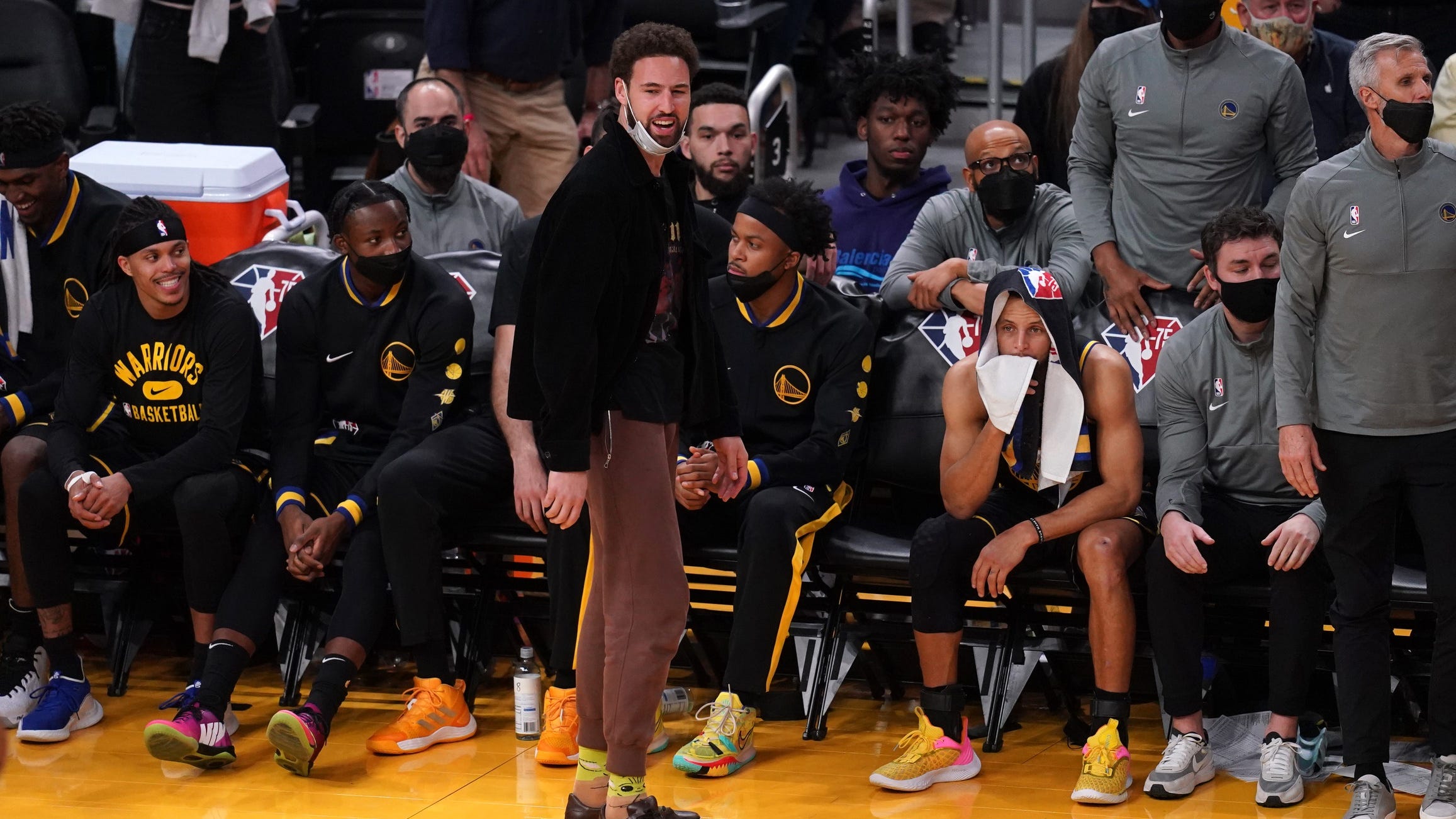 Captain Klay Thompson estimates when he will return to Warriors