Otto Porter Jr. was a limited participant in the Warriors practice Friday morning in San Francisco, ahead of the team’s Game 6 matchup against the Grizzlies in the Western Conference semifinals. A couple hours before the 7 p.m. PT tip-off on 95.7 The Game, acting Warriors coach Mike Brown announced Porter will miss the game as he continues to deal with right foot soreness, which cut short his Game 4.

Brown will coach his third straight game for the Warriors as Steve Kerr is sidelined due to COVID. Brown told reporters Friday that Porter did some agility and shooting drills in practice.

The Warriors could use his rebounding and his 6-foot-8 frame, as he showed in Game 1 (eight rebounds) and Game 2 (nine rebounds). Porter also showed off his shooting stroke in the Game 3 and Game 4 victories at Chase Center when he knocked down a combined seven 3-pointers.

The Grizzlies also feature some other big-bodied contributors like Dillon Brooks and Kyle Anderson. Brown said the Warriors will rely on a combination of Looney, Jonathan Kuminga, Damion Lee and Nemanja Bjelica to eat up Porter’s minutes if he’s unable to play.

Adams was sidelined the first two games of the series before playing garbage time in Game 3. Over the past two contests he has averaged 8.5 points and 14 rebounds per game, while helping anchor the Memphis defense. It’s his rebounding chops that have been killing the Warriors, as 12 of the 28 have been offensive boards.

“We just gotta be more physical with him and play with more force,” Warriors center Kevon Looney said. “Keep him off the offensive glass and make him have to guard more, make him have to move around. He’s been doing a great job this series and we’ve gotta make some adjustments.”

On Thursday, Brown was asked if the Warriors plan on attacking Adams with guards when he gets matched up on switches.

“That’s something that we’re emphasizing a lot,” Brown said. “We want to put Adams in pick-and-roll. They know it. We want to do it in space. You gotta give them credit, because he’s done a good job of trying to be on the floor and forcing us to drive.” 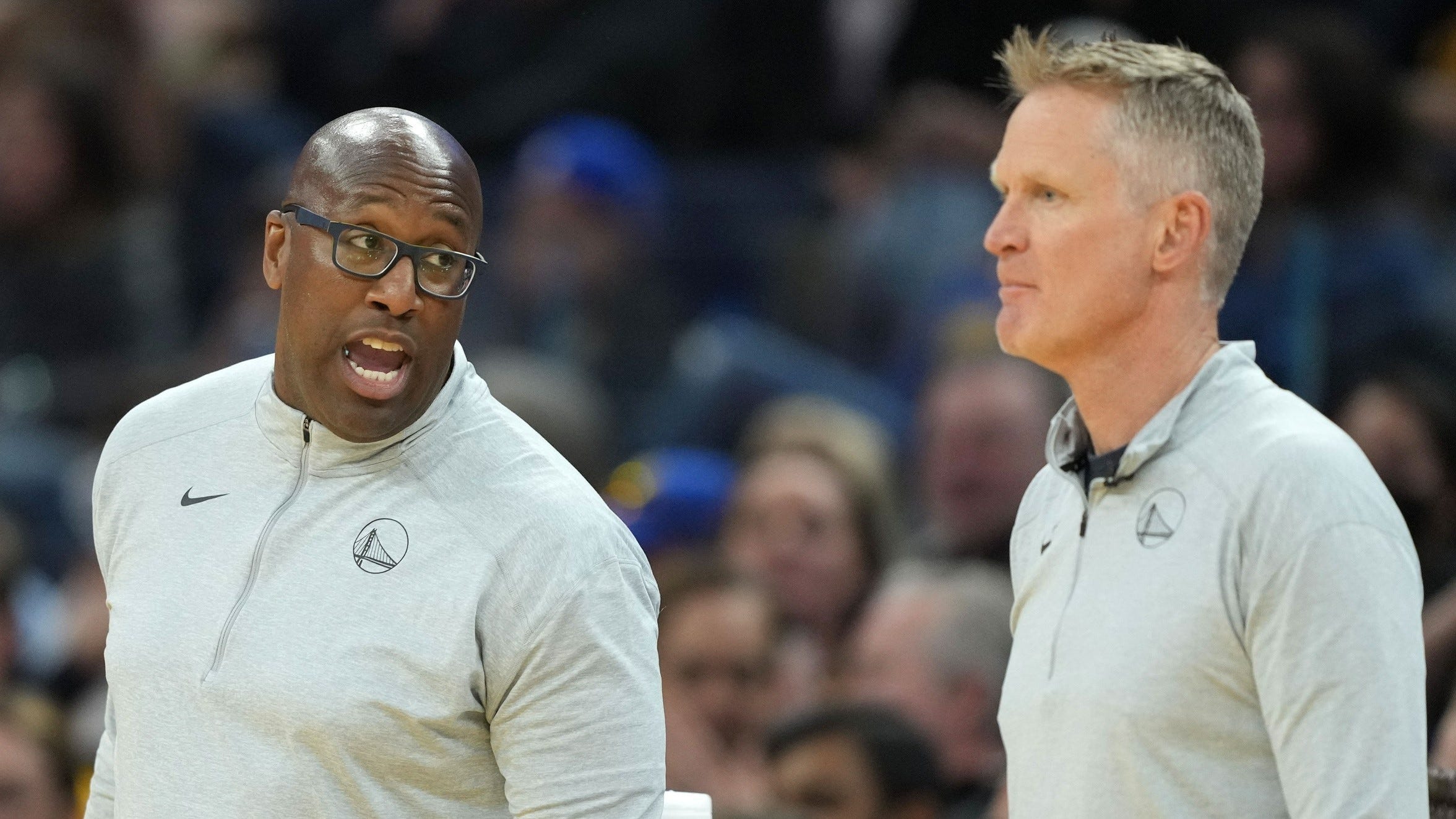