A couple more players are in the mix for the Warriors.

Jerome was recently part of an eight-player deal that sent him from the Oklahoma City Thunder to the Houston Rockets, who then waived him. The No. 24 pick in the 2019 NBA Draft was entering the final season of his rookie deal and due to make $4.2 million. The Warriors could go to a 15-man roster despite the exorbitant salary cap figure of $359.7 million after the signing of Andre Iguodala, per @GSWCBA.

Jerome has good size at 6-foot-5, 195 pounds and built a reputation as a shooter during his time in college, when he helped Virginia win the NCAA title in 2019. He was actually drafted by the Phoenix Suns before being shipped to the Thunder in the 2020 Chris Paul trade.

In 112 games (five starts) across three NBA seasons, Jerome is averaging 7.1 points, 2.3 assists, 1.6 rebounds, 1.2 3-pointers made per game while shooting 39.8 percent from the floor and 34.4 percent from 3-point land. The Warriors would surely love to see those percentages get higher.

His best season came in 2020-21 with OKC, when he averaged 10.7 points, 3.6 assists and 2.8 rebounds in 23.1 minutes over 33 games. The most impressive thing? His 3-point shooting, as he shot a scorching 42.3 percent and from beyond the arc and averaged 2.2 per game. The Warriors have to think they can tap that potential. He's also comfortable handling the ball.

Jerome has had trouble staying healthy though, as he has missed training camp time with a groin injury and had his 2021-22 season cut short due to a hernia injury.

Lamb, listed at 6-foot-6, 227 pounds, has to be viewed as a real long shot to make the squad and might be more of an extra body for training camp. He only made two appearances for the San Antonio Spurs last year.

McClung ultimately got squeezed out by a stacked Warriors roster after putting on some dazzling moves in the Summer League and making a preseason cameo in Tokyo. During the second exhibition against the Wizards, McClung played the entire fourth quarter, going 4-of-6 from the field for nine points and a +20.

The Warriors are set to return to Chase Center Sunday for the home preseason opener against the Los Angeles Lakers. The final roster will be announced before the regular season opener on Oct. 18, as it appears seven guys are competing for the final 15-man spot. 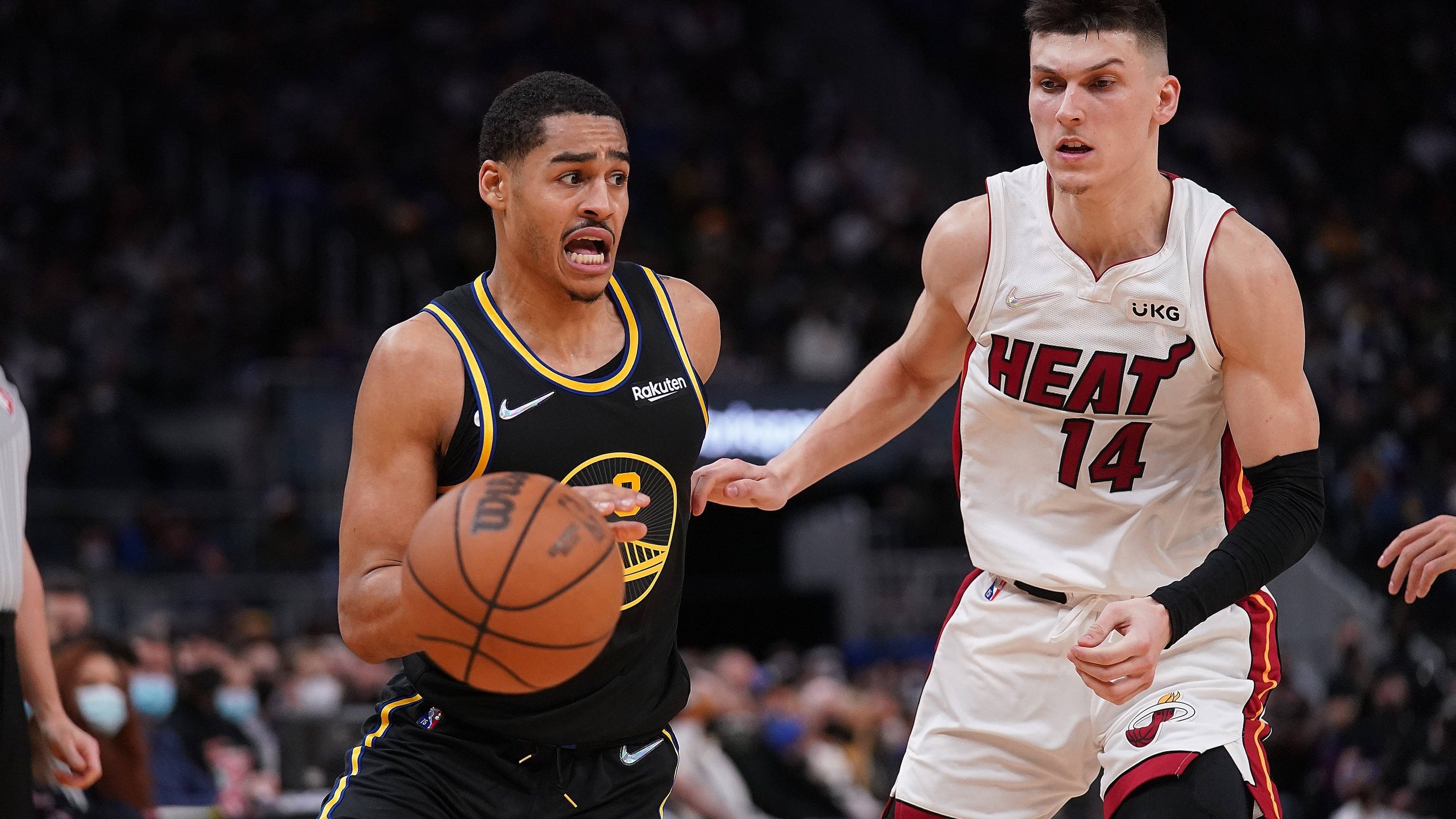