SAN FRANCISCO – A lot changed for the Warriors from the time they left the office Wednesday to the time they came back for Thursday morning’s practice. Around 6 p.m. PT Wednesday evening, The Athletic broke the news that Draymond Green punched Jordan Poole after the two got into a heated confrontation earlier in the day.

So, when Warriors president of basketball operations/general manager Bob Myers saw superstar Steph Curry at Chase Center Thursday morning, the two shared a quick moment of levity. They knew the questions were coming in the afternoon.

During a 15-minute press conference with reporters, Myers relayed the conversation he and Steph initially shared at the team facility.

Bob Myers credited Steph for making his job easier in situations like this. Said he asked Steph if he was ready to do some leading.

Steph’s definitely gonna earn every penny of his $48.1 million max contract this season.

After Draymond apologized to his teammates Thursday morning at the facility – something that was “necessary”, according to Curry – he didn’t participate in the day’s scrimmage. The Warriors have an off-day Friday, so Green is set to rejoin the squad on Saturday, but further punishment could be coming.

It must have sounded different in the gym Thursday without Draymond barking at his teammates, but the Warriors said the energy and vibes are still good surrounding the team.

“It’s a situation that could have been avoided,” Curry said, “but there’s a lot of trust in the fabric of our team, who we are and who we know those two guys to be."

It doesn’t sound like this is something that’s just going to get swept under the rug immediately. Curry, Myers and Kerr each acknowledged the gravity of the situation in their own way Thursday.

Steph put it succinctly when describing his role as a leader entering Year 14 of his career.

“These inflection points and these moments can make or break a team,” Curry said, "And my job is to not let it break us at all."

There’s a reason why Steph is the face of the franchise. The altercation happened between two of his teammates, not him. He has the license to wave away any press conference request from the Warriors PR team, but he didn’t. He made himself available for 15 minutes Thursday and provided honest insight that wasn’t canned. How many other superstars would do what Steph did?

Curry wants to put this weight on his shoulders to protect the team.

“One thousand percent,” Curry said. “That’s what the job entails. Even if it doesn’t, I assume that responsibility. Because everything does matter in terms of making sure everybody’s experience is fun, is memorable, is enjoyable, whether we win or lose. We spend so much time in the confines of the team atmosphere. It all matters.

As Kerr noted, Curry used to share the leadership responsibilities with vets like Andrew Bogut, David Lee, David West, Shaun Livingston and Zaza Pachulia earlier in his career. He’s still got Green and Andre Iguodala at his side to lead the team, but Draymond’s involvement in this puts a lot more on Steph’s plate. Everyone loves Klay Thompson, but he’s not expected to fill that leader role in a way Curry can.

“When (Steph)’s not here, my job’s gonna be a lot harder,” Myers said.

Curry and Draymond are about to enter their 11th season together, four rings deep with their eye on one for the thumb. They’ve got a telepathic bond on the court and a brotherly love. If someone can connect with Draymond, it’s Steph.

“(I’m going to) be honest with him,” Steph said of his approach to the situation. “He respects my opinion, he respects how I feel and we’ve had those conversations. So be honest with him about the disappointment in the situation in and of itself, but also I think we’ve earned the ability to say that you’re going to do the work to figure it out. That’s all you can do right now. You rely on the history and you rely on the confidence in who I know him to be.”

“Between me and Dray, between me and Dray and the rest of the team, all of those personal relationships and communication lines, it starts with honesty and openness. We’ve been together for so long, I think we know how to have those conversations.”

One thing's for sure: Steph doesn't want Draymond to change.

"One of his superpowers is being able to bring his fire and his competitiveness and his voice, and I don’t want him to ever lose that," Curry said. "So whatever it takes for him to maintain that presence and trust and rebuild, whatever he needs to, that’s the journey we’re going to be on." 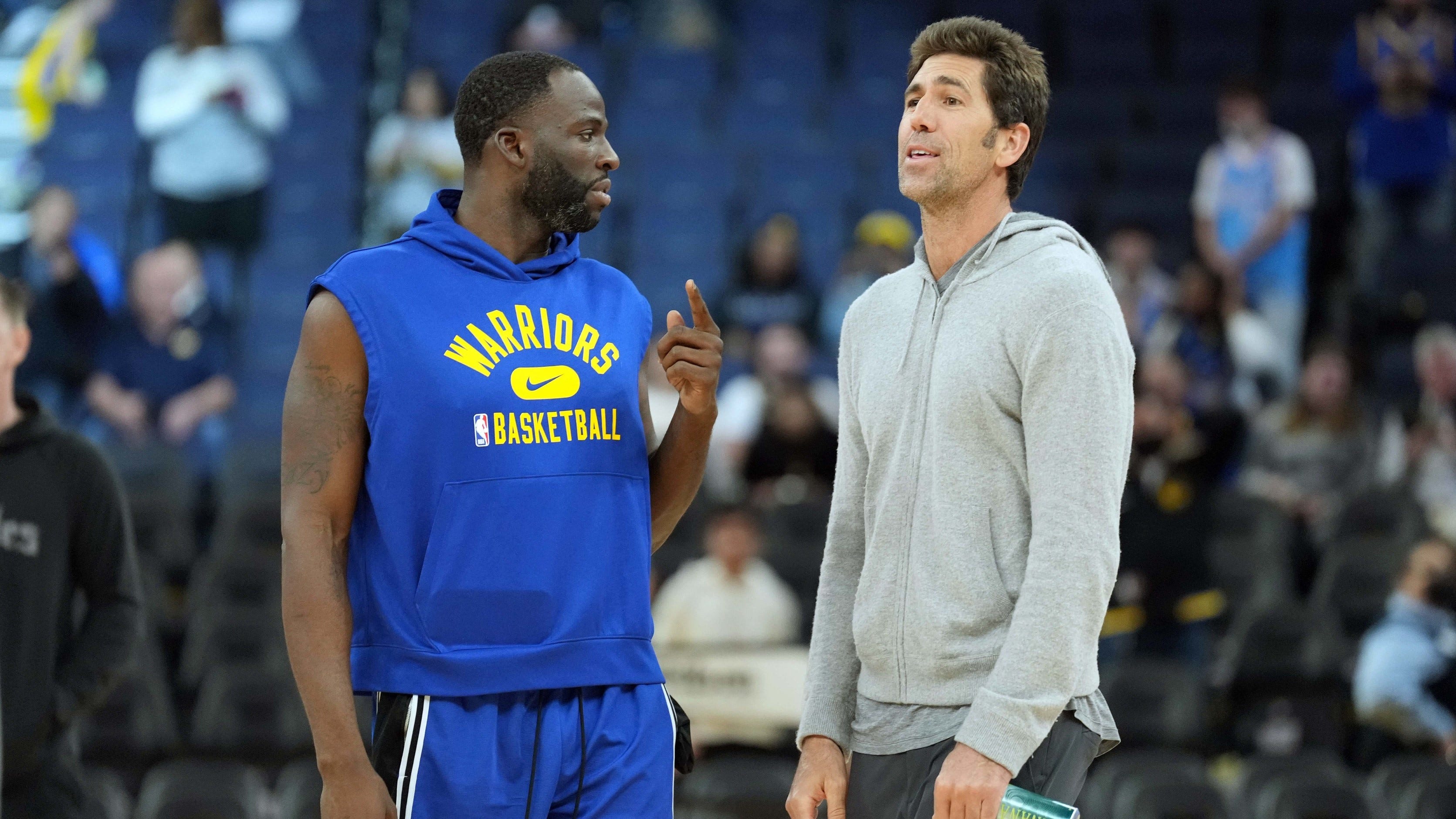