It didn’t take long to detect Steph Curry was playing with an edge Sunday against the Los Angeles Clippers.

In a game that featured playoff-level intensity, the Warriors superstar flew all over the floor on the defensive end. He finished with a six cookies -- one off his career high -- while setting the tone for another smothering defensive effort in a 105-90 road win.

“He’s been great defensively all year,” Warriors coach Steve Kerr said. “And I hope people are recognizing it. Everyone obviously locks in on his offensive brilliance, as they should. But he had six steals tonight, eight deflections. He’s all over the place. For whatever reason, he has a reputation of being a poor defender, but I don’t see that at all. He’s a really good defender and he’s been great defensively all year.”

Curry is listed at 185 pounds, which is up only four pounds since his rookie combine weight of 181. You’d never know it looking at his frame. During those 13 years, Curry has transformed his body and entered the 2021-22 season with some sizable bulk. The skinny kid from Davidson has beefed up and it’s paying dividends on defense.

“He’s one of the best defenders we have on our team now,” Draymond Green said. “I think it’s beautiful to watch. When he’s giving the type of effort that he gives on that side of the floor, everyone else has to follow.”

When you think of Curry, you might not think of a weight room warrior. But Green said that Steph holds his own when it comes to strength and conditioning.

“One of the strongest guys on the team now,” Green said. “You should see him in the weight room, he’s pretty strong. But you also see him putting the work in every day, twice a day in the weight room. It’s sometimes a bit excessive, but it’s beautiful.”

Sure, Green is the face of the Warriors’ defense, but Curry has also made major contributions to the unit with the NBA’s lowest defensive rating (99.4). Curry’s 1.8 steals per game are tied for ninth-best in the NBA.

While Curry still looks spry and energetic as ever, he said adding weight makes him less susceptible to losing balance when opposing players make contact while driving. This, in turn, reduces his risk of getting out of position and reaching, a problem which bothered him throughout his early career.

“I’ve always tried to see the floor well and be one step ahead, play passing lanes, do all that,” Curry said. “When you can add the on-ball presence that helps.”

Curry’s offense remains his calling card, as he’s one of the greatest talents the game has ever seen. But his defensive evolution is a sign that he’s not satisfied with his Hall of Fame resume. With his all-around campaign this season, it’s no wonder why many consider Curry to be a front-runner to win his third career MVP.

Curry’s defense figures to be tested this week against one of his greatest foes, Phoenix Suns guard Chris Paul. The two will face off for the 51st time in their careers (Curry leads the all-time series 28-22) Tuesday in the desert before playing again Friday at Chase Center. 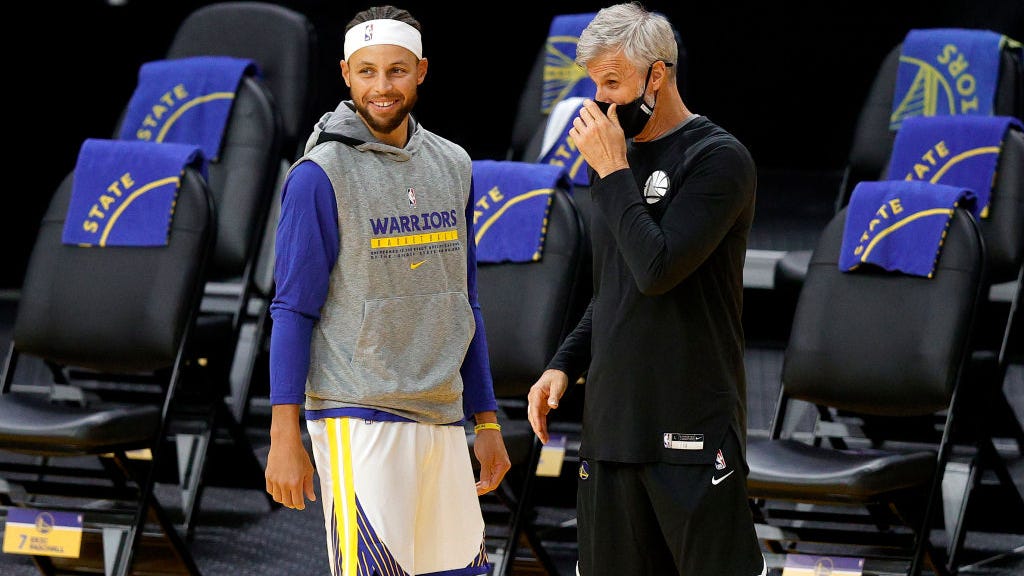