Last spring on 95.7 The Game’s “The Morning Roast,” following the Warriors 129-114 loss to the Minnesota Timberwolves, a new segment was born: The Panic Meter. It was a fun segment that came back frequently as the Warriors careened towards a 5-11 March. Some days, the panic meter was quiet, while other days it screamed bloody murder into the San Francisco morning fog. Callers offered their craziest of solutions, whether it be something simple as starting rookie Jonathan Kuminga more, or as nuts as firing head coach Steve Kerr.

The Panic Meter evolved throughout the month, when a three-game winning streak against the Los Angeles Clippers, Denver Nuggets and Milwaukee Bucks brought out The Confidence Meter. On March 14th, the Warriors took the floor for the first time all season with Stephen Curry (on his birthday no less), Klay Thompson and Draymond Green. Curry dropped a cool 47 points as the Dubs cruised to a 126-112 victory over the Washington Wizards. The next day, The Arrogance Meter made its debut on The Morning Roast.

The day after that, the Warriors hosted the Boston Celtics, Curry injured his ankle and was done for the year, thus ending the short reign of The Arrogance Meter (for good) as well as the demise of The Confidence Meter. For the rest of the regular season, DubNation alternated between levels of mild, heart palpitating panic, and the full on madhouse level of panic Jackie Moon unleashed when a bear got loose in the Flint Tropics home arena.

Such panic was understandable for Warriors fans. There were a lot of unknowns about the team that left the conclusion of the season in serious doubt. Would Steph be healthy? Would Draymond’s body hold up? Will Klay rediscover his form? Could center Kevon Looney continue to be the Warriors iron man? Would this team get to full strength and be able to rediscover their winning ways together on the court during the playoffs, the most important and most difficult games of the basketball season? There was no way to know at the time that the answer to all of those questions was a resounding, ‘Yes.’

There was no crystal ball that told Warriors fans that Steph would seamlessly reintegrate himself into the playoff rotation, or that Jordan Poole would become the newest dynamic scorer in Dubs playoff history, or even that we would get the return of Game 6 Klay against the Memphis Grizzlies. It would all end with another championship and another parade, this one going down Market Street in San Francisco. It all ended with an entire fanbase looking back sheepishly on the amount of time it spent chewing its fingernails to a nub.

Which brings me to why I am declaring this Warriors season the Season of No Panicking. As the Dubs embark on their fourth title defending season in the last eight years, with all the questions that kept Warriors fans from enjoying the sleep they desperately needed have been answered, there is no reason for abject hand wringing this year. You need not lie awake in agony at the prospect of the Warriors falling flat on their faces, leaving the glory days of the mid 2010s dynasty further and further in your rearview mirror. Nothing should compel you to call for Kerr's job.

Further contributing to the panic-less plight that Warriors fans will soon embark on is the fact that while the Warriors enter the season rather devoid of any doubts, the rest of the National Basketball Association is bubbling pot of ooey-gooey madness and uncertainty. Perhaps the best challengers to the Warriors – the Bucks and Clippers – will only remain as such so long as their entire roster can remain in one piece (though that can be said about any team, including the Warriors). The Grizzlies will spend much of the season without Jaren Jackson Jr., while the Dallas Mavericks and Denver Nuggets have yet to prove they can hold court with the Dubs. The Suns exposed themselves as playoff frauds, and that was before the ousting of Robert Sarver as owner. Over in the Eastern Conference, the Miami Heat and Philadelphia 76ers are still riding the ‘Prove It’ bus, while the Dubs biggest threat in the Celtics are dealing with a catastrophe of their own.

Which is why all is calm for Warriors fans as the season gets ready to kick off. A team or two will rise up and challenge the Warriors, who will probably get off to another hot start to the season. But in a season where keeping the Warriors 30-somethings healthy will be the bigger focus during the slog of the 82-game NBA season, that hot start will eventually give way to the 30-point blowouts against the New Orleans Pelicans or Orlando Magic. Those rock bottom-like losses are most likely going to be followed up with a 20-point evisceration of the Sixers or a close, gut it out win over the Clippers. None of it will make sense, and Steph will have been on the court for none of those games, making you want to tear out your brainstem and walk to the nearest three-way four-way intersection and skip rope with it.

But there will be no need to panic. You will be ready this time, loyal Dubs fan. Because no matter how much the roller-coaster that promises to be this upcoming Warriors season twists and turns your stomach, you will not waver. As the Warriors stumble through another 5-11 March, you will not sweat as you watch them tumble down the Western Conference standings. Because you know that when the playoffs come around, when this team puts their mind to it, no team in the NBA can stand in the Warriors way. They have proved that time and time again.

They proved it when they were ringless and down 2-1 to a much bigger and more physical Grizzlies team in 2015, and did it again to the Lebron James led Cleveland Cavaliers a month later. They proved it with when they overcame a 3-1 deficit against the Oklahoma City Thunder in 2016, and then they reaffirmed that proof when they came back from down 3-2 against the Houston Rockets in 2018. As if you needed more assurance, they gave it to you in coming back from down 2-1 to the Celtics just a few months ago.

We know what the Warriors are capable of, and when they are capable of doing it. As such, the regular season is something that should be enjoyed. Because when the season ends, there will be a new contract for Poole to be agreed upon, as well as one for Andrew Wiggins, too. Draymond could opt out and head south for the winters as well, and the team will have to make a future-deciding decision on James Wiseman. There will be massive thunderhead clouds of uncertainty over the Warriors then, with no guarantees for a successful and enjoyable future. THAT will be the time to panic.

But that is a conversation for another day. 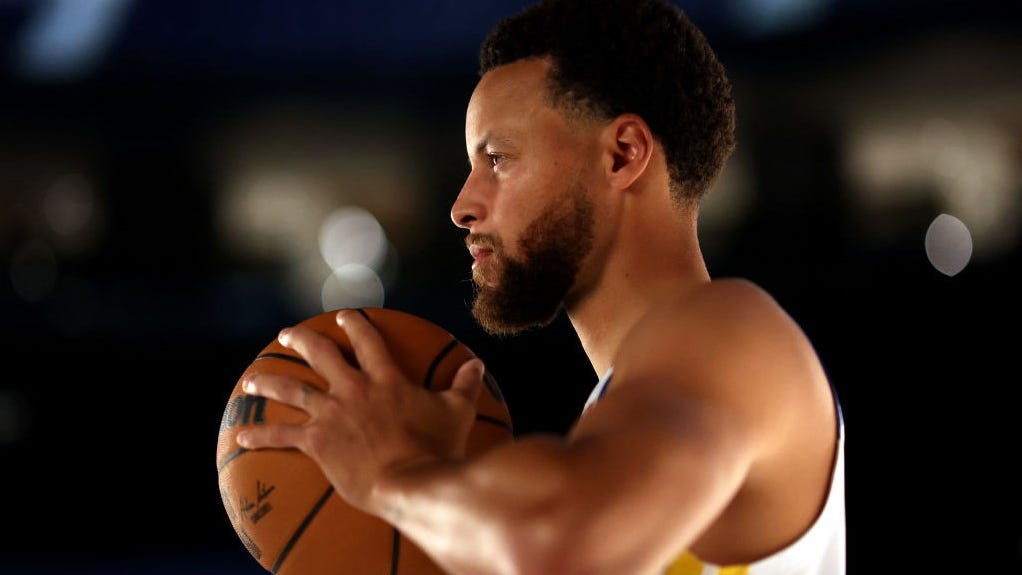