D'Angelo Russell is leaving Golden State, but he won't be moving back to New York City.

The Warriors traded the All-Star guard to the Minnesota Timberwolves on Thursday in exchange for shooting guard Andrew Wiggins, a 2021 protected first-round pick and a 2022 second-round pick, ESPN's Adrian Wojnarowski first reported.

Timberwolves 2021 pick protected to No. 3, and becomes unprotected in 2022, per sources. Minnesota kept pushing for Russell, who it has wanted since summer free agency and finally got the point guard Gerssson Rosas imagined pairing with KAT. https://t.co/kfDNvsdBHX

The Knicks had also reportedly expressed serious interest in trading for Russell, who played for the Brooklyn Nets from 2017-19.

The deal between Minnesota and Golden State came just hours before the NBA's 3 p.m. trade deadline. 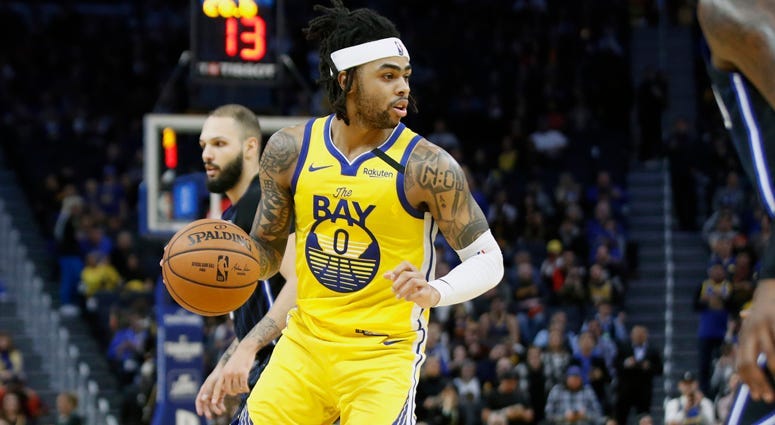 The second overall pick in the 2015 draft, Russell spent the first two years of his career with the Los Angeles Lakers before being traded to the Nets prior to the 2017-18 campaign. In two seasons in Brooklyn, he developed into an All-Star but became expendable when the team signed Kyrie Irving last summer.

Russell then went to Golden State in a sign-and-trade deal. He is in the first season of a four-year, $117.3 million contract.

The 6-foot-4 Russell, who can play both point guard and shooting guard, is averaging a career-high 23.6 points this season.

The Knicks fired team president Steve Mills on Tuesday, but were reportedly still pursuing Russell afterward, with general manager Scott Perry running the team's basketball operations. The Knicks are on the verge of hiring player agent Leon Rose to be their new president, according to multiple reports Thursday.