More than in any other sport, superstars control the NBA’s narrative, presiding over the league like basketball gods sent down from hoops heaven. For hardwood royalty like LeBron James and Giannis Antetokounmpo, there are no substitutes. The world is at their fingertips, the sport a ball of clay in their formative hands. The prospect of landing a ready-made star in the draft, a franchise-altering savior with limitless potential, is why tanking or “trusting the process” as the Sixers did for so many years has gained such traction around the league.

It takes more than one super talent to change a team’s fortune in baseball (Mike Trout and the Angels’ continued futility are living proof) and most other sports, but basketball’s algorithm is much different. Having a high-volume stud to call your own has long been the most tried and true path to NBA greatness and probably always will be. Which begs the question, which of the NBA’s current stars offer the highest ceiling? Here are five centerpieces worth building around: 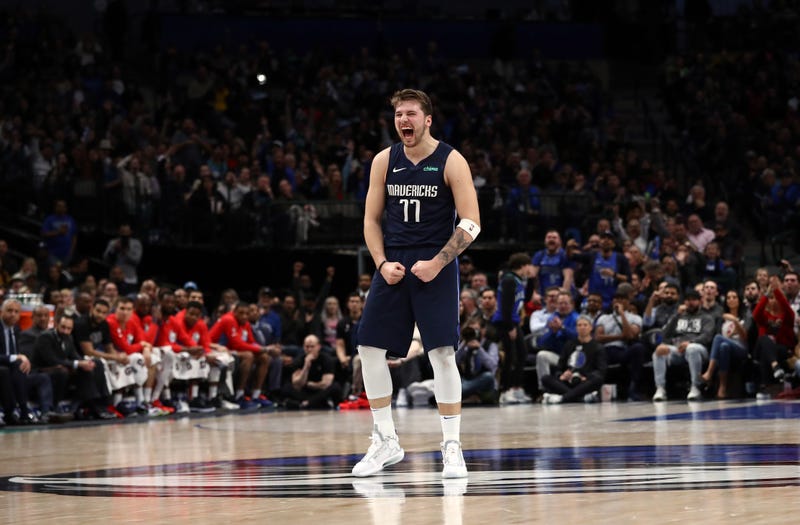 We’re usually quick to anoint winners and losers when it comes to trades, but Dallas and Atlanta’s draft-night swap of lottery picks in 2018 was the rare mutually beneficial blockbuster. Slovenian prodigy Luka Doncic has been an immediate difference-maker for the Mavs while sharp-shooter Trae Young has experienced a similarly meteoric rise in Atlanta.

While Doncic’s long-distance game could still use some fine-tuning (31.8 percent from downtown), the reigning Rookie of the Year has already emerged as one of the most complete players in the sport, ranking among the NBA’s top six in both scoring (28.7) and assists (8.7). The sophomore guard has also been an effective rebounder, soaking up a respectable 9.3 boards per game.

Before COVID-19 brought the season to a screeching halt, the Doncic-led Mavericks were poised to make their first playoff appearance since 2016. It’s a shame world events spoiled what could have been a special year for the Mavs, though Mark Cuban has to feel pretty optimistic about what the future holds for Dallas with 21-year-old Doncic and fellow European export Kristaps Porzingis on the front lines. 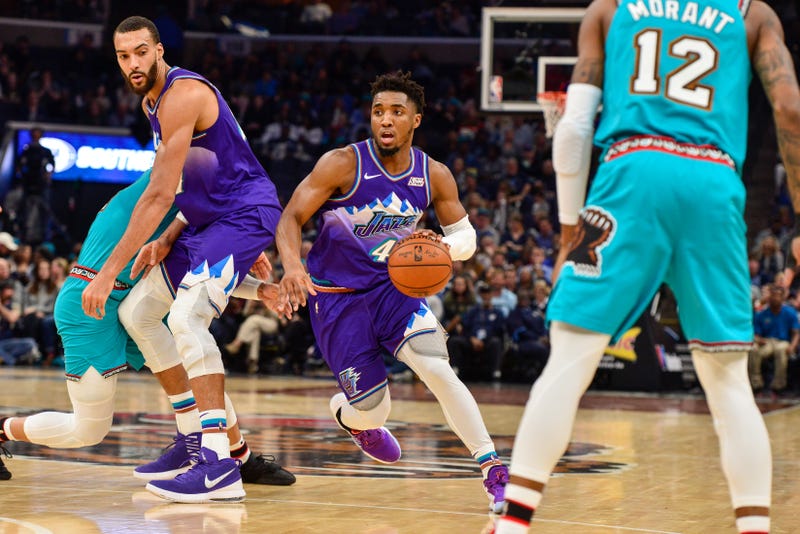 Drafted 13th overall following a decorated (albeit brief) career at Louisville, first-time All-Star Donovan Mitchell has been everything the Jazz had hoped for and more. A Rookie of the Year snub in 2018 (he finished runner-up to Sixers brick artist Ben Simmons), Mitchell has settled in as Utah’s offensive vocal point, quickly filling the void left by free-agent defector Gordon Hayward. While playoff success has so far eluded Mitchell—the Jazz were one-and-done in last year’s postseason, bowing out to the Rockets in five games—the high-flying two-guard is unquestionably on the rise and should be a Salt Lake fixture for years to come.

What Mitchell lacks in size (the Jazz list him at a modest 6’1”/215), he more than makes up for in athleticism, putting his hops on display with a star-making performance in the Dunk Contest his rookie year. Mitchell has fought occasional bouts of inconsistency since debuting in 2017, but when the talented 23-year-old is firing on all cylinders—as demonstrated in his 46-point blow-up at New Orleans back in January—he’s a menace. Mitchell’s NBA arrow is pointing up, and so is Utah’s. Here’s hoping Mitchell comes back healthy and better than ever following his recent coronavirus diagnosis. 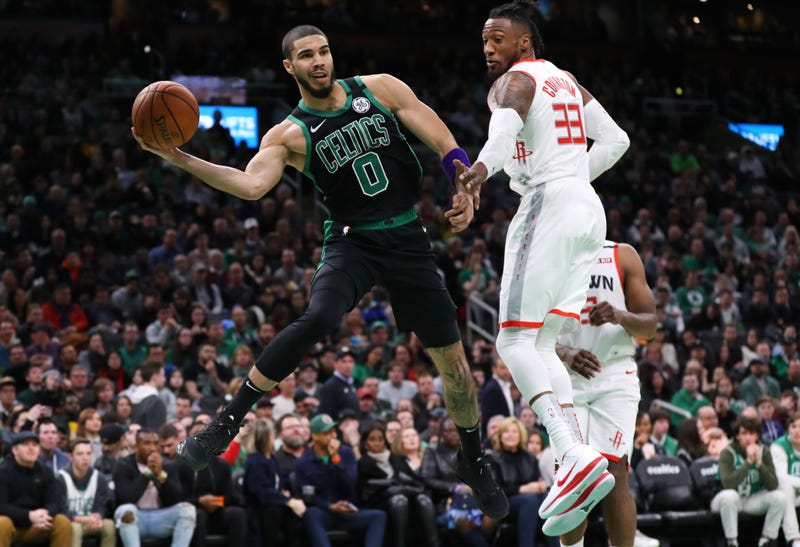 Many in the NBA prognosticating community—and understandably so after seeing leading scorer and locker-room nuisance Kyrie Irving bolt to Brooklyn in free agency—expected the Celtics to take a significant step back in 2020. However, they’ve done no such thing and for that, the C’s have Jayson Tatum to thank. Philadelphia trading up to draft Markelle Fultz over Tatum, who fell to Boston with the third overall pick (Lonzo Ball was sandwiched between them), could go down as one of the great draft missteps ever perpetrated.

Tatum didn’t take long to announce himself as one of the league’s brightest young stars, going on a playoff bender his rookie year that nearly catapulted the Celtics to an NBA Finals appearance (the Cavaliers outlasted Boston in a hard-fought, seven-game series). The 6’8” forward regressed as a sophomore (he became afflicted with an unusually severe case of Kobe Brain) but has been marvelous in year three of his Beantown reign, earning All-Star recognition on the strength of his team-high 23.6 PPG average (also a career-best for the St. Louis native). Tatum isn’t a polished defender and probably never will be, though his offensive prowess has been on full display this year, particularly in February when he erupted for 30.7 PPG. Kemba Walker’s injury absence for much of that month no doubt put more of the scoring burden on Tatum, who fully embraced his role as Boston’s new alpha.

A smooth, effortless scorer with breathtaking handle, the former Duke Blue Devil is equally adept draining threes (his success rate is just a shade under 40 percent) as he is driving to the hole. Between Tatum, Kemba and jack-of-all-trades Jaylen Brown—not to mention its brilliant head coach Brad Stevens—Boston’s title window isn’t closing any time soon. 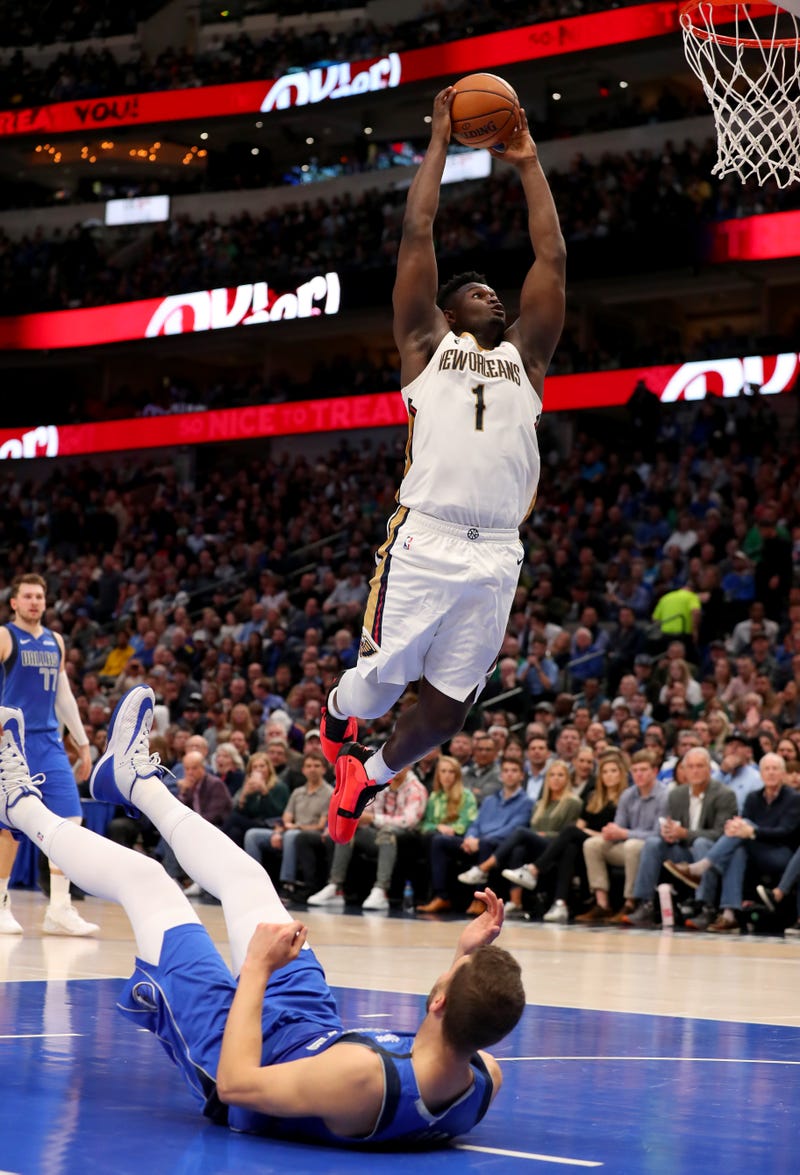 Zion Williamson has heard it all. The peanut gallery has called the polarizing prospect everything from out-of-shape to a mediocre shooter. But I’ll say this to any Zion truthers in the room—doubt the man at your own peril. Williamson’s conditioning and Charles-Barkley-esque physique (the Pelicans list him at an unusual 6’6”/284) could both stand to improve, but even on a minutes restriction, the Pelicans forward has already looked the part of a generational talent in his much-anticipated debut season.

The Duke alum has been a low-post havoc wreaker (71.1 field goal percentage in the paint) and has even shown a feathery touch from long range, drilling six of his 13 attempts from deep (46.2 percent). We only have a small sample size to judge him on—knee woes have limited the rookie to a mere 19 games. But what little we’ve seen of Zion has been masterful, an intoxicating portrait of the 19-year-old’s immense potential. An emphatic dunker with superior strength and athleticism, Williams is a burning asteroid headed straight for NBA stardom. The Pels couldn’t convince their last superstar to stay (a disgruntled Anthony Davis burned every bridge on his way out of the Big Easy), but with Zion blossoming before our eyes, New Orleans can’t afford to make the same mistake twice. 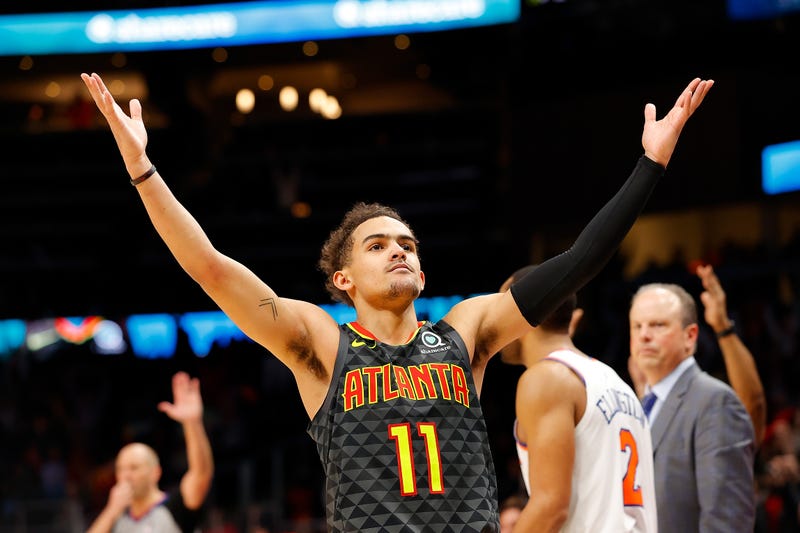 A prolific college performer, Trae Young went ballistic in his lone season at Oklahoma, leading the nation in both scoring and assists while garnering All-American status. Going pro was an easy choice for the Sooners guard, who has yet to take his foot off the gas since arriving in Atlanta (via Dallas) as the fifth overall pick in the 2018 Draft. It’s debatable whether Young has outperformed the player he was traded for on draft night (the aforementioned Luka Doncic), though it hardly matters as both have been superb for their respective teams.

Last year’s Rookie of the Year runner-up has put on a scoring clinic in 2019-20, tallying 11 40-point performances including a recent 50-burger against the Heat. Young proved he belonged at last month’s All-Star festivities in Chicago, needing just 16 minutes to produce a game-high 10 dimes for Team Giannis in a losing effort. The electric 21-year-old has been true to his name, ranking among the league leaders in treys with 205 buckets from beyond the arc.

Young’s diminutive stature, at least by NBA standards (he’s measured at 6’1”), puts him at a disadvantage defensively, but I’m not here to nitpick. Atlanta is still very much a work in progress—its record stood at an ugly 20-47 before the season was disrupted by COVID-19. But with Young in place, the rebuilding Hawks can only stand to improve.