As the NBA season heads into the New Year, the trade market should start to heat up a bit.

With the Feb. 7 trade deadline just five weeks away, teams are faced with making key decisions in either adding critical pieces for a playoff run, or creating the flexibility needed to make improvements to the roster in the offseason.

While the rumor mill is a bit quiet at the start of the New Year, there is still plenty of time for things to ramp up. Last year, Anthony Davis had not publicly demanded a trade until late January, and while he was not traded at the deadline, the foundation was still laid out for his trade to the Los Angeles Lakers in the offseason.

Below are five players who could be moved this year: 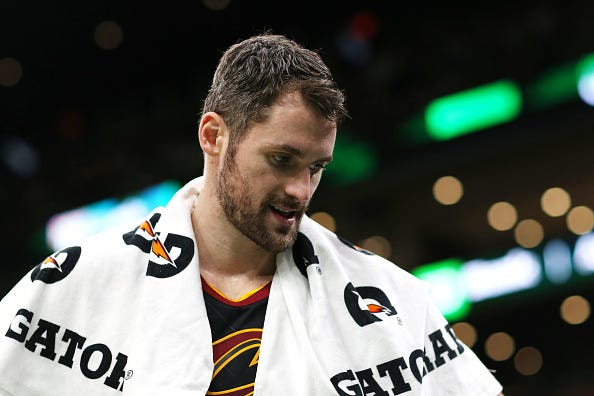 Kevin Love glances toward the bench during a game vs. Boston. Photo credit Getty Images

The Cavaliers and Kevin Love do not really have much use for each other at this point, and Cleveland has already opened the door for offers. The hard part for moving Love will be finding a team willing to take on Love’s $120.4 million contract that runs through 2022-23. Many have pointed to Portland because of Love’s Oregon roots, but the Trail Blazers may balk at taking on Love’s contract in addition to paying Damian Lillard and CJ McCollum. A young and upcoming team like the Phoenix Suns could more likely be willing to take on Love’s contract and add a veteran presence to their backcourt with Deandre Ayton. 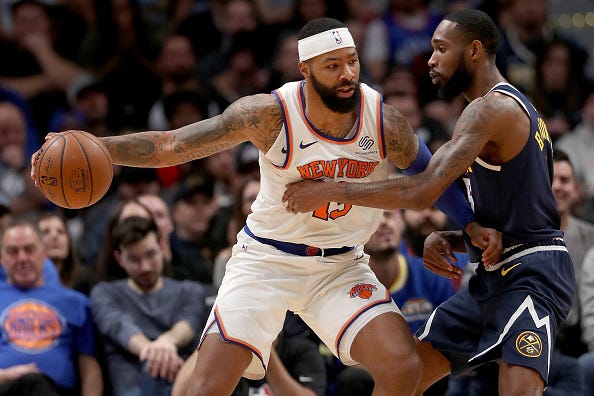 Marcus Morris drives to the basket up against Will Barton of the Nuggets. Photo credit Getty Images

There are quite a few Knicks who could possibly be moved before the trade deadline, but Morris appears the most likely heading into the New Year. He is only on a one-year deal and he is actually playing pretty good basketball for the lowly Knicks. Morris, 30, is averaging a career-high 18.3 points per game and plays solid defense. He would be an excellent rental for any contending team and could potentially net the Knicks a first-round pick. This would be a no-brainer, win-win for both sides in a potential deal. 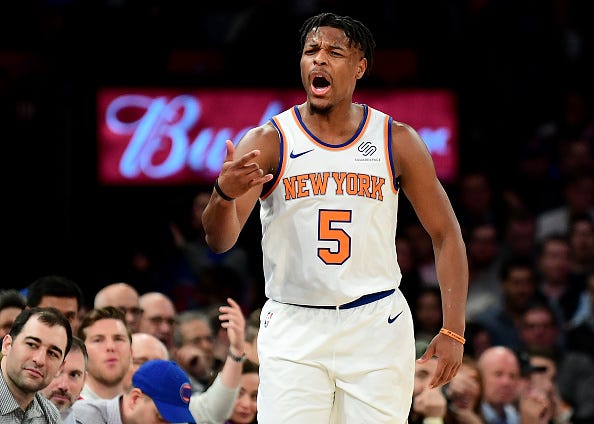 The 22-year-old, whom the Knicks acquired in the Kristaps Porzingis trade, seems to be disgruntled playing in New York. There are reports that he has requested a trade, and when asked by reporters if things will work out, he said “I’m not really a wait-around-type guy.” Not exactly the words of someone who wants to stay with his team.

Teams are reportedly inquiring about Smith, who has struggled immensely this season, averaging just 5.2 points per game while battling injuries. Because Smith was the main piece in the Porzingis trade, the Knicks could be reluctant to part with him unless there was something significant in return. He is just 22 years old with a high ceiling, so there is value from that perspective, but that may be hard to come by in a trade package if the Knicks end up selling low. 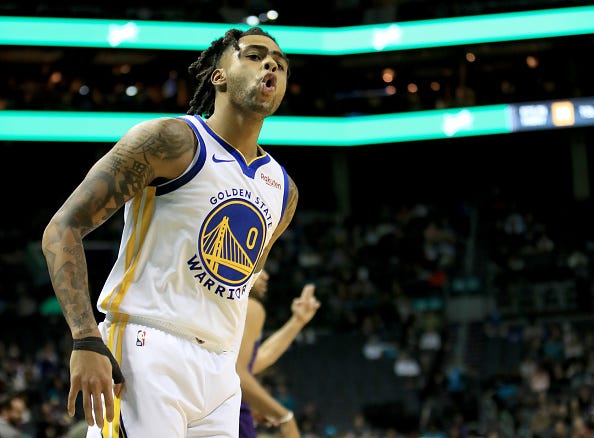 The Golden State Warriors are faced with a bit of a dilemma as they head into the trade deadline. Do they look to shop Russell and give themselves some financial flexibility to build for the long-term? Or is Russell part of those long-term plans? The Timberwolves have reportedly shown some interest in Russell, who is friends with a reportedly disgruntled Karl-Anthony Towns (more on that below), and there has always been the belief that the Warriors would flip Russell anyway. There is value to get in return for him, too. Russell is averaging a career-high 23.2 points per game for the Warriors and is on his way to another All-Star season. 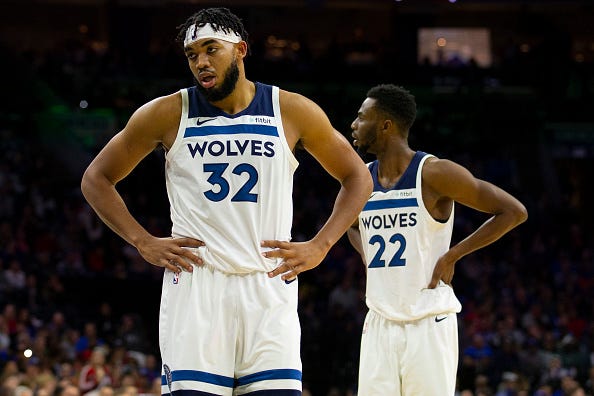 Karl-Anthony Towns looks on in frustration with the Timberwolves. Photo credit Getty Images

This is the big one to keep an eye on. His name has been floated out recently as a potential trade target as he is reportedly growing unhappy in Minnesota while they wither away in the Western Conference. The Knicks have been speculated as a potential target for the former No. 1 pick, and even the Warriors are monitoring the situation, per Ethan Strauss of The Athletic, which adds an interesting wrinkle in any Russell discussions. Towns signed a five-year deal with the Timberwolves last summer, though, so he holds very little leverage in forcing himself out. It also means that the Timberwolves have time to figure things out to make him happy again. Perhaps that keeps Towns safe through the deadline, but if things don’t improve soon in Minnesota, he would be one of the premiere names on the trade market.