It’s been quite the ride for Paul Blackburn the past 17 months.

In February 2021, the A’s designated Paul Blackburn for assignment, the equivalent of entering baseball purgatory. He sat on a virtual chopping block, available for all 30 teams, but they all said, ‘No thanks.’ Oakland outrighted him to Triple-A Las Vegas and he had to earn his way back to the big-league roster in spring training.

Next week in Chavez Ravine, Blackburn will be there with the game’s best, as he’ll be A’s lone representative at the 2022 MLB All-Star Game at Dodger Stadium. The A’s right-hander joined 95.7 The Game’s “Willard & Dibs” Tuesday to discuss his emotions heading into the big occasion.

“I’ve never experienced it from a player standpoint, obviously, or a fan standpoint,” Blackburn said. “Just being able to have my friends and family there with me who have been there throughout this whole ride, it’s awesome. It’s gonna be a great experience.”

Blackburn said he doesn’t know what to expect.

“I’ve tried to put myself there just like mentally and envision it,” Blackburn said.

Blackburn learned about the invite on Sunday morning, when first-year manager Mark Kotsay held a team-wide “travel meeting” heading into the All-Star break. Blackburn had a feeling that something might be up.

“We had a travel meeting in the clubhouse, which we don’t really do often,” Blackburn said. “We went over the All-Star break and guys going home having safe travels, all that. Kots said some really nice words about our All-Star and he let me know that it was me. It was just awesome to be able to share that moment with the guys in there.”

Kudos to Kotsay for giving Blackburn and the A’s the chance to celebrate something in what’s been a dim 2022 season, as Oakland carried the league’s worst record (29-59) into Tuesday night’s action.

Blackburn is scheduled to make his final start of the first half in Wednesday’s matinee against the Texas Rangers. The 28-year-old ranks 16th in the American League with his 3.36 ERA, along with a 73/23 K/BB ratio in 91 innings pitched. He doesn’t have overpowering stuff, but has been able to consistently fool hitters with his pitch mixing that features a sinker, big breaking curveball, cutter and more.

“Just stepping through those lines and being surrounded by all those great players, it’s gonna be amazing,” Blackburn said. “Just the year that I’ve had this year has been pretty incredible. It’s been a lot of fun. There’s a lot more to go here, there’s a lot more things we want to accomplish and get better at the rest of this year. That’s kinda my main focus.”

The Antioch native grew up a Giants fan, but said he’s been able to convert some of his childhood fans to green and gold supporters.

“I’ve kinda turned them to A’s fans,” Blackburn said. “It’s fun. Whenever a Bay Area team wins, it’s awesome for the community. … Being able to play for a hometown team and seeing people that I grew up with, friends, family, everyone that pops into games and lets me know they’re there, I try to take the time to say hi to them. It’s just awesome.” 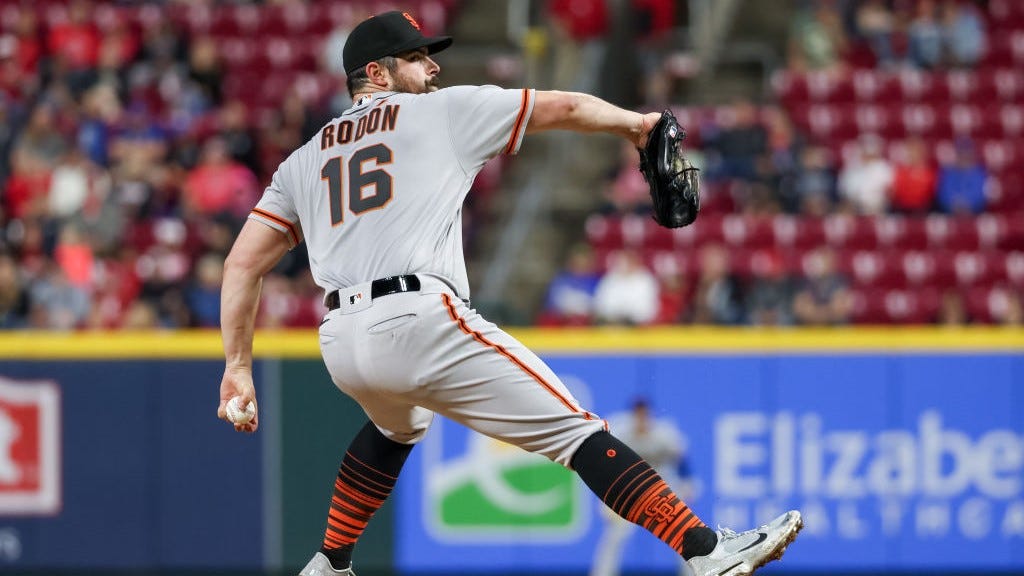 Carlos Rodón's wife on her husband getting snubbed from All-Star game: 'WTF'