NFL veteran Richard Sherman was released from King County Correctional Facility on his own recognizance Thursday after waiving his first court appearance. The five-time Pro Bowler was arrested early Wednesday morning on suspicion of second-degree criminal trespass, third-degree malicious mischief, resisting arrest and driving under the influence of alcohol (DUI). All four would be misdemeanor offenses.

Sherman was initially booked on investigation of domestic violence burglary with prosecutors recommending bail be set at $10,000, but the 33-year-old no longer faces the possibility of a felony. The free-agent cornerback, who appeared in five games for the 49ers last season, is due in court for a hearing at 8:30 local time Friday morning. A woman who identified herself as Sherman’s wife called police Tuesday night, alerting a 911 dispatcher that Sherman was drinking and had threatened to kill himself. Sherman was arrested hours later after allegedly trying to break into his father-in-law’s home in Redmond, Washington, a Seattle suburb.

From @NFLTotalAccess: FA CB Richard Sherman, who was released without bail, will attend a hearing Friday related to 4 charges. pic.twitter.com/z5a5jSbDSJ

Home security footage released Thursday showed Sherman pleading for his father-in-law, Raymond Moss, to let him in before shouting and beginning to ram the door with his shoulder. Per Sarah Jean Green of the Seattle Times, Moss was so “concerned for his own personal safety” that he pepper-sprayed Sherman and went to retrieve a gun before police finally arrived on the scene. In his press conference Wednesday, Police Chief Darrell Lowe said the former Seahawks star tried to flee after being told he was under arrest. Sherman was later treated at a local hospital for a bite on his lower leg, the result of a K9 police dog trying to subdue him.

A fifth-round pick out of Stanford, where he pulled double-duty as both a cornerback and receiver, Sherman was a founding member of Seattle’s "Legion of Boom" secondary along with teammates Kam Chancellor and Earl Thomas. The Compton native joined the 49ers in 2018, ultimately spending three seasons in San Francisco. Since debuting in 2011, Sherman has competed in three Super Bowls, winning his lone Lombardi Trophy in 2013. Sherman had drawn interest from a number of teams this offseason (the Saints, 49ers, Seahawks and Raiders, among them), though now he’s unlikely to resurface until his legal affairs are in order. 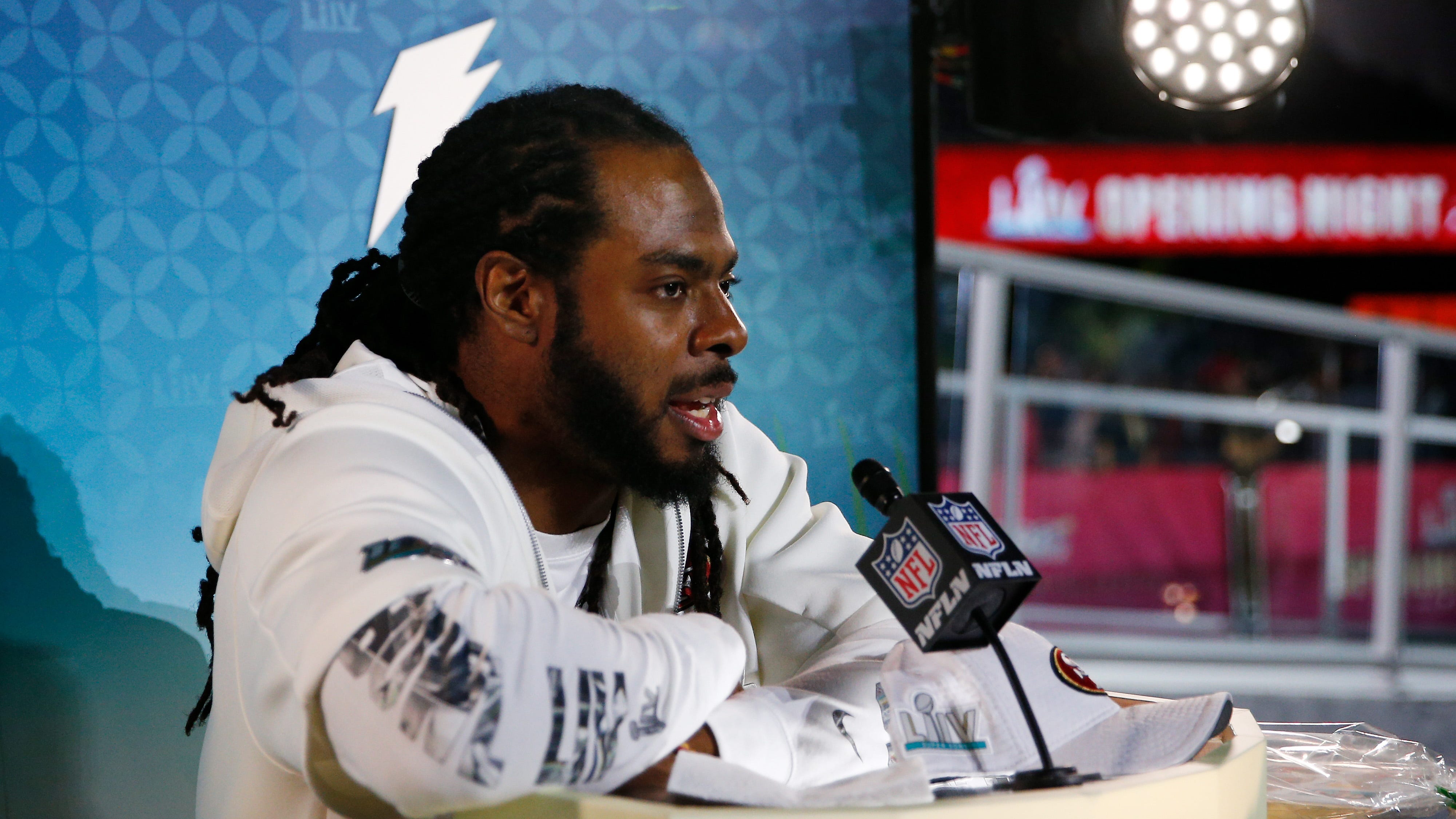 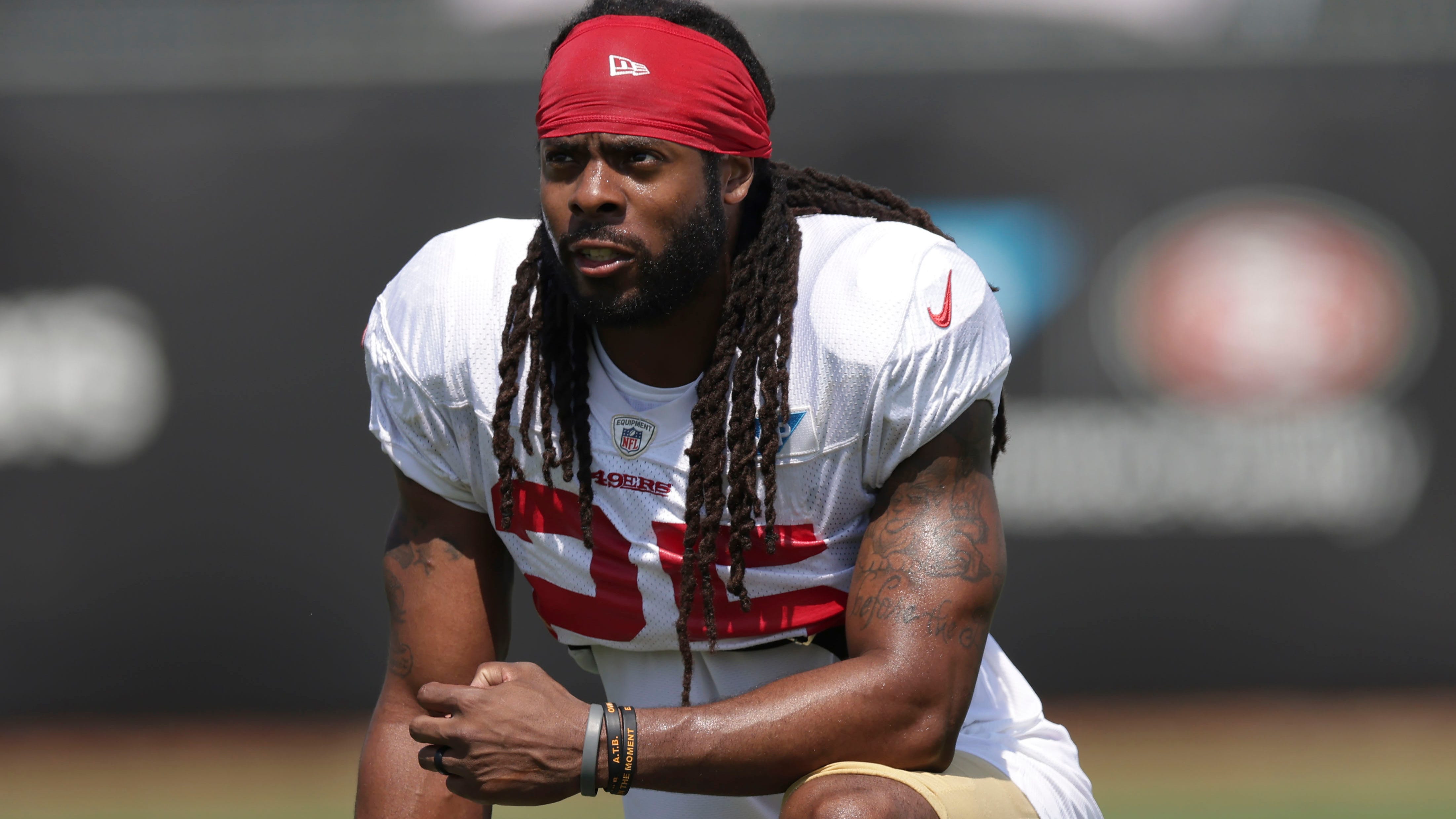