After the 49ers finished the Cowboys’ season in the Wild Card round with a rousing 23-17 victory, the Warriors are on the verge of sweeping the Mavericks out of the Western Conference Finals. Behind a monster night from Andrew Wiggins that included a savage poster dunk over Luka Doncic, the Dubs topped the Mavs 109-100 Sunday night in Dallas.

Shortly after the final whistle, Warriors forward Draymond Green made his way over to Deebo Samuel and shared his game-used jersey with the 49ers wide receiver/running back. Deebo also met with Steph Curry after the game.

Draymond gave his jersey to Deebo after the game 🤝 pic.twitter.com/df3mt8CCzO

Look away, Dallas fans! Dubs and Niners have not been a good combo for y’all in 2022.

They called this an over and back on Draymond Green… 🤔pic.twitter.com/SWReVPQqIy

“I got a tech for saying that’s whack," Green said. "So yeah I was pissed off but thanks, it helped me play a lot better. I appreciate it."

The Warriors got the job done against Dallas defensively, frequently switching up coverages on Luka Doncic. Luka still dropped 40 points and had 11 rebounds but Golden State controlled the game in the second half.

Draymond actually used a football analogy to describe how the Warriors get their defensive schemes from associate head coach Mike Brown on the sidelines.

“It’s kinda like a defensive coordinator sending a signal to a middle linebacker and they’re sending the signal on to the guys. It’s been effective for us. It’s a weapon in our arsenal.”

Deebo, meanwhile, scored the game-winning touchdown for the Niners in January when he asked Kyle Shanahan for the ball and ran in for a 26-yard score. Samuel finished with 72 rushing yards on 10 carries and three catches for 38 receiving yards.

Draymond is a football guy. He even suited up as a tight end for Michigan State’s spring game once.

While Deebo appeared disgruntled with the 49ers and voiced displeasure through social media this offseason, it appears things may be on the mend, as he has started following the team on Instagram again. That’s a big deal to these NFL stars (ahem, Kyler Murray) in 2022.

Since we’re in the business of reading between the lines – does this mean that Deebo is staying in The Bay? The suspense builds. Stay tuned to see if Draymond’s jersey helped smooth things over for Samuel and San Francisco. 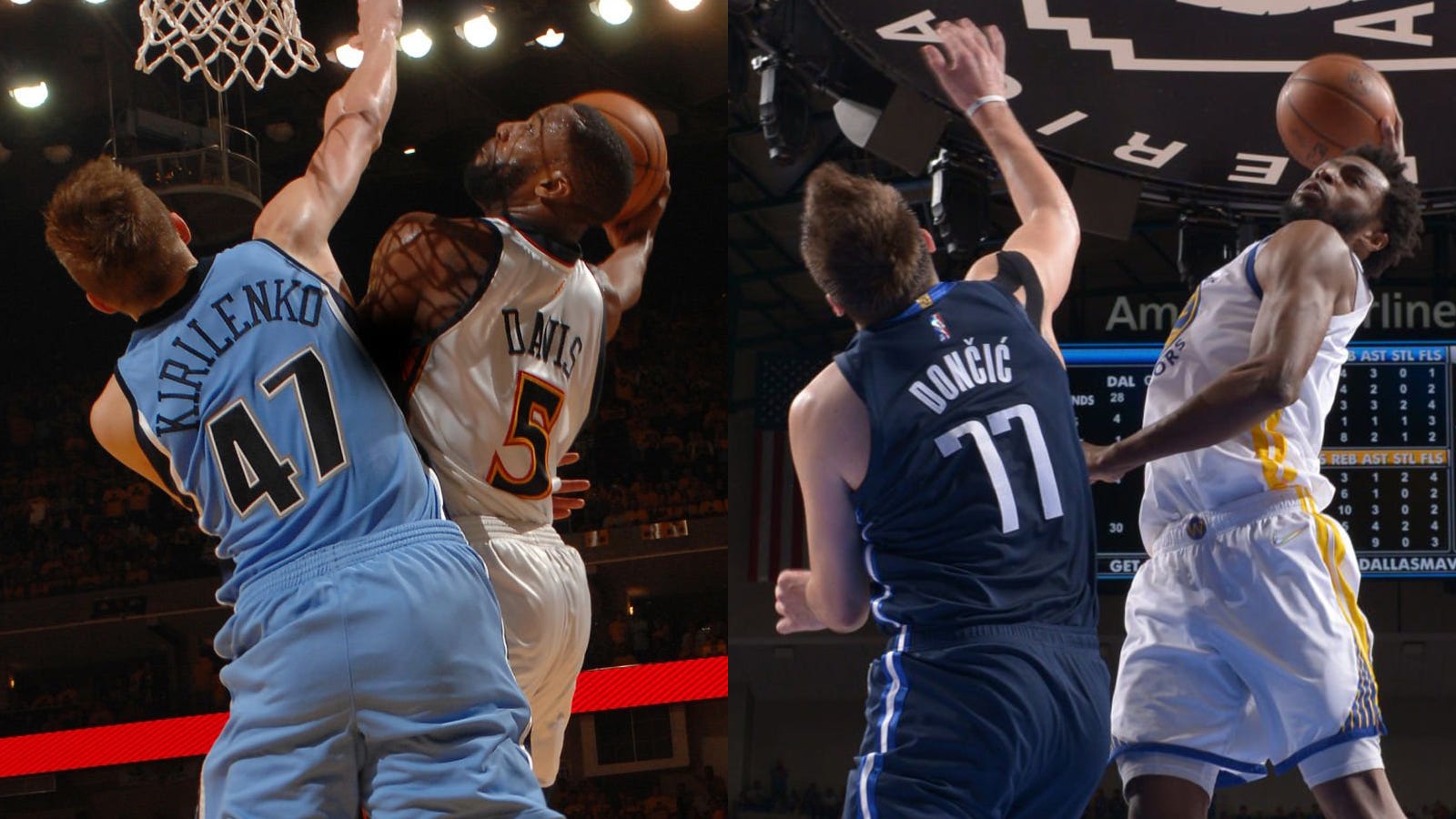