SANTA CLARA – Sunday was an absolute whirlwind for linebacker Dre Greenlaw and the 49ers.

Before the game started, he inked a two-year extension with the 49ers. Then came Trey Lance’s season-ending ankle injury, Jimmy Garoppolo’s return and a 27-7 victory over the division rival Seattle Seahawks.

On Monday morning, NFL Media’s Ian Rapoport shared more insight about the deal, which was consummated before the game but reported around the final whistle. According to Rapoport, Greenlaw’s extension is worth $19 million with $10 million guaranteed. The 49ers announced the deal Monday afternoon.

The #49ers and Dre Greenlaw agreed prior to the game on a 2-year extension worth close to $19M, source said. He gets over $10M guaranteed — some security. https://t.co/T8zqYWH6a7

Afterwards, Greenlaw said he didn’t plan on having a big dinner or celebration, but that he'd just go home for a chill night with his family. He also said the weight is off his shoulders.of playing out a contract year, the final year of his rookie deal.

“Just to not worry about anything financial, just to be able to lock in and focus on playing," Greenlaw told 95.7 The Game. "That’s really the big stress release that I got. Now I can just play ball, I don’t have to worry about getting injured. Whatever I do, I just go and do it hard."

Dre Greenlaw is excited about his two-year extension with the 49ers pic.twitter.com/0MFINYsoTp

Greenlaw flew around the field against the Seattle Seahawks Sunday, racking up a team-high eight tackles, including one for loss. The 25-year-old has proven to be an impact player at weakside linebacker when healthy, though a groin injury limited him to just three games last season. He also dealt with an elbow issue that limited him this preseason.

49ers fans have had a soft spot for Greenlaw since he made a goal-line stuff in the 2019 season finale against the Seahawks en route to the Super Bowl. Together with middle linebacker Fred Warner and strongside linebacker Azeez Al-Shaair, Pro Football Focus pegged the 49ers linebacking corps as the best in the NFL earlier this year.

San Francisco is still confident it can contend with Garoppolo under center this year, as the team is in win-now mode. It stings to lose a talented starting quarterback like Lance, but the 49ers could have been hampered by trying to develop him and win a title in the same season. With Garoppolo, it’s almost like things are back to last season and nothing changed.

“I'm happy to be a part of this organization for two more years," Greenlaw said. "We’ve got a great group of people. I’m excited to see how far we can get. Try to get a couple championships in these two years, too.” 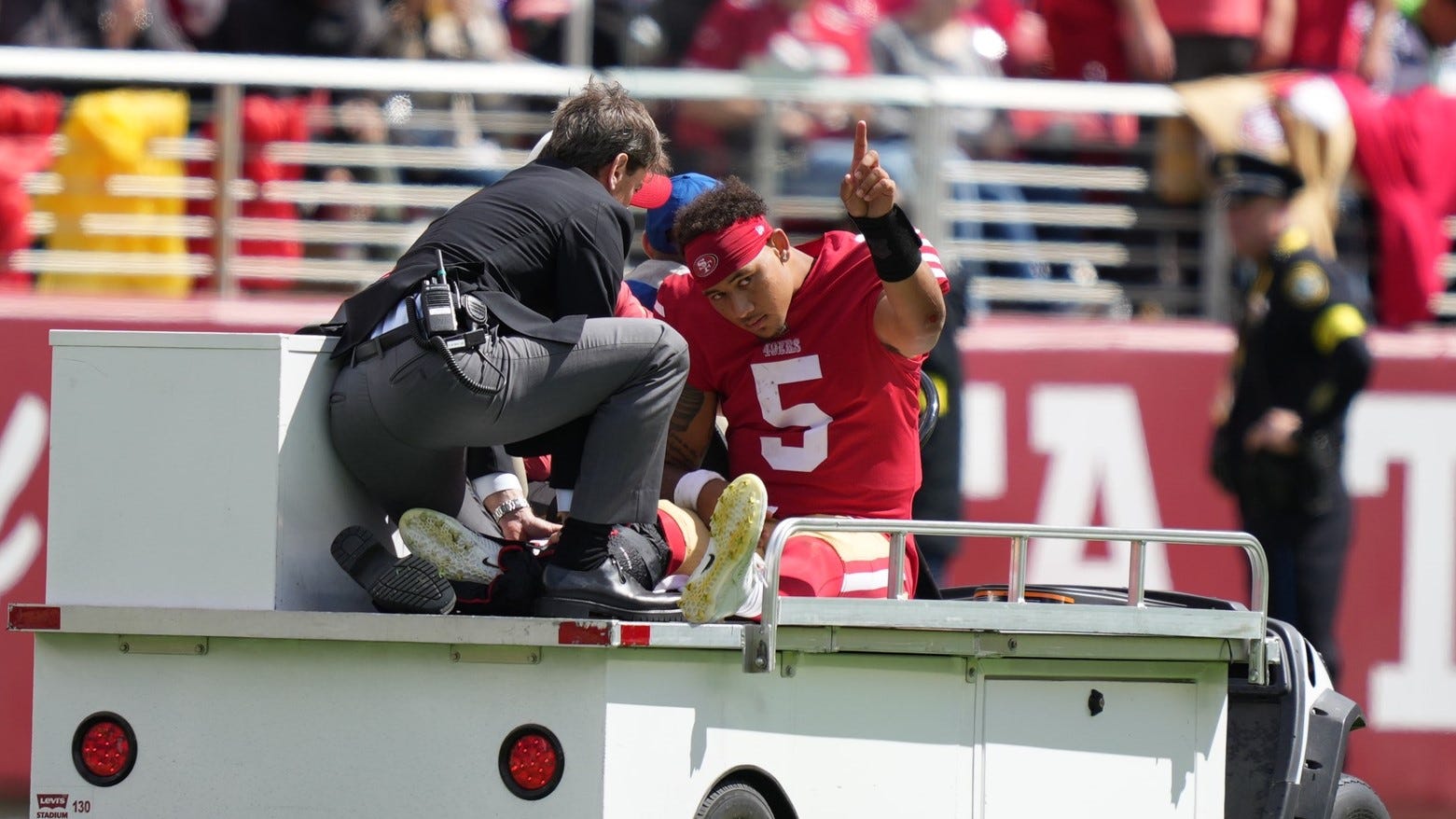