The 49ers won the game but lost starting quarterback Trey Lance on Sunday against Seattle. The second-year quarterback suffered a broken ankle on a run up the middle in the first quarter of the Week 2 win.

Lance is known for his athleticism and he ran the ball 13 times for 54 yards in Week 1 while going 13 of 28 through the air. He threw the ball three times on the 49ers first drive and ran it thrice more, suffering the season-ending injury on his final play.

Evan Giddings and Marc Grandi of Audacy’s “The 415ers” podcast talked about how much blame they place on head coach Kyle Shanahan for Lance’s injury.

“As much as I want to go full flamethrower on Kyle Shanahan and blame him for putting Trey Lance in harm’s way and – not necessarily lying to us, but his words not matching up with his actions when it comes to how ready his quarterback was. How ready his quarterback was to run the offense, to be the potential starter of the future already,” Giddings said (2:47 in player above).

“I do see Shanahan feeling like, OK, I’m looking at the tape, and right now Trey Lance’s best weapon is with his legs. That’s what the play calling, at least, has told to me,” he continued. “It’s a small sample size, but Week 1 against Chicago he looked much more comfortable in the pocket, moving around, taking off, than he did throwing the ball through the air.”

The weather conditions in Chicago last week may have something to do with that. However, while it wasn’t nearly the monsoon-like conditions at Soldier Field, there were still some climate conditions that worked against Lance on Sunday.

Due to that, “maybe Kyle Shanahan’s thinking, OK, just to get him warmed up, we gotta use him more on the ground than through the air,” Giddings said.

Lance looked good on his first few passes, going 2 of 3 for 29 yards on the 49ers’ first drive resulting in a field goal. The Seahawks then failed to move the ball into the 49ers’ half of the field and were forced to punt, and the 49ers were once again marching down the field.

Then disaster struck for Lance and the 49ers.

“Kyle Shanahan’s thinking, alright, I want to make sure that Trey doesn’t have a chance to make a mistake and so we’re just going to give him the option to run the ball,” Giddings said. “From what it sounded like, it was an option play that Trey felt was best for him to keep and he apparently made the right play, according to Shanahan, but that’s the only way I can see where if you’re Kyle, you do want to try to showcase what Trey has done best so far.

“I know that Trey by all means is going to hopefully develop into a great pocket passer, into an excellent more Patrick Mahomes-like quarterback, where he’s working from the pocket and then runs rather than runs and then works from the pocket like a Lamar Jackson,” he continued. “But if he’s not ready at this point, can you fault Shanahan for not trying to use his quarterback’s best asset?”

Shanahan and the 49ers had all offseason to prepare Lance for the starting role. Even with Jimmy Garoppolo on the roster, Lance was named the starting quarterback over the summer.

“I feel like that’s a dangerous game because can I fault Shanahan for not having his quarterback ready? Doesn’t that blame go to Shanahan as well,” Grandi said. “Obviously, if the guy just simply doesn't have it – not saying that he does, I think it’s too early to tell, especially for outside observers.”

The 49ers essentially had their pick of quarterbacks in the 2021 NFL Draft, Grandi explained, outside of Trevor Lawrence and Zach Wilson, and Lance is the guy that they went with.

“Fast forward a year and a half later, an entire offseason where you know he is the starter. Into Week 2, after a tough Week 1 because of the weather, and your guy isn’t ready so you feel the need to risk his health by running the ball? I’m sorry. I think any way you slice it, the blame comes down on Kyle Shanahan.”

“He’s a great, great quarterback coach and this could all be true, but if you don’t have your young stud quarterback who you bet your job on ready at this point, just to the point of where you’re not even comfortable having him throw the ball like most quarterbacks do, Grandi continued. “Maybe it changes two, three years down the road and he has a similar evolution like a Josh Allen, who really struggled his first year as a starter. But if you’re not even comfortable letting him throw the ball down the field here and there? I’m sorry, but I think the blame’s on you.” 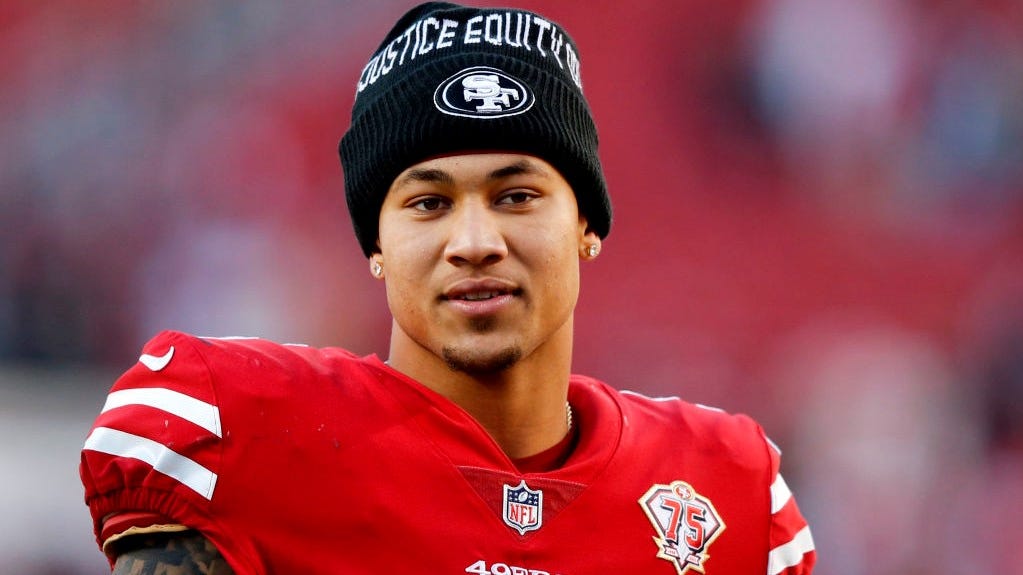