No rest for the weary in the NFL.

About 15 hours after his team beat the Los Angeles Rams 24-9 on “Monday Night Football”, 49ers coach Kyle Shanahan said he was already knee-deep in preparations for Week 5 against the Carolina Panthers.

“We had a lot of fun last night, that was a big win for us,” Shanahan said. “But it’s how quickly you have to move on – we’re already behind schedule. … It’s been Carolina all day, just sidetracked a bit for this press conference for a little bit.”

Some good news? Reinforcements could be on the way for San Francisco’s stellar defense.

Shanahan told reporters that free safety Jimmie Ward (hamstring) and cornerback Jason Verrett (knee) are expected to return to practice Wednesday. Ward and Verrett are yet to appear this season, as Ward was on injured reserve and Verrett was on the physically unable to perform (PUP) list. The 49ers will have a three-week window to activate the players once they start practicing.

The 49ers already lead the league in points allowed (11.5 per game) and are tied for the league lead in yards allowed (234.5 per game) through four contests. In Monday’s beatdown, the defense racked up seven sacks and a pick six while holding Matthew Stafford and the Rams out of the end zone.

Shanahan thinks the 49ers have all the makings of being the NFL’s top defense.

“I believe it has the opportunity to be,” Shanahan said. “At this time, how well we’re covering on the outside, how well our safeties have played together, having the depth of getting Jimmie back, hopefully getting Verrett back who’s been there, (cornerback Deomodore Lenoir) has also really stepped it up, too. I’m not gonna say we’re there yet, but I do believe that we have that opportunity.”

Ward, who injured in preseason, is the team’s longest tenured player and would he a huge addition to the secondary, which has still flourished while Tashaun Gipson has filled in these first four weeks. Strong safety Talanoa Hufanga is a bona fide playmaker and defensive end Nick Bosa leads the league with his six sacks.

Verrett has had trouble staying on the field and is still recovering from his ACL injury early last season, but can be a shutdown corner at his best. It might get even tougher to pass on the 49ers in the coming weeks.

Shanahan also provided an update on tackle Colton McKivitz, who suffered an MCL injury Monday and is expected to miss about eight weeks. Coupled with Trent Williams’ high-ankle sprain, that means third-stringer Jaylon Moore is in line to be the starter for Week 5.

Shanahan said the team is continuing to evaluate defensive tackle Arik Armstead (foot) and that receiver Jauan Jennings is day-to-day with an ankle injury. 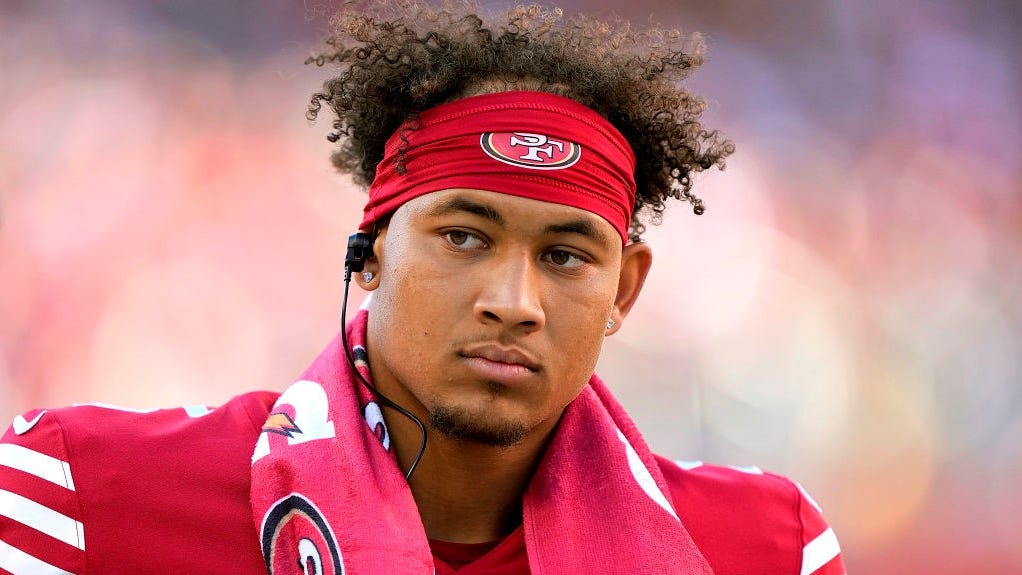