The former defensive lineman endeared himself to the 49ers Faithful during seven seasons from 2008-2014 in San Francisco with his bullying style of play. Smith joined 95.7 The Game’s “The Morning Roast” Thursday and he can’t wait to watch the defensive linemen in the upcoming NFC Championship between the 49ers and Los Angeles Rams. You can listen to the full interview below:

“This is the type of football that I love,” Smith told hosts Bonta Hill and Joe Shasky. “With [Nick] Bosa, [Arik] Armstead – Bosa’s one of the top, top guys and Armstead’s up there. Aaron Donald is the top guy by just a little bit over those guys. Von Miller – he’s getting back to his old magic. He’s got the get-off off the ball again. This is what I love to watch, and it’s going to be nuts.”

Smith was clearly tuned into last week’s 49ers win over the Green Bay Packers at Lambeau Field. Bosa returned from a concussion to rack up two sacks, while Armstead had a pair of his own in his biggest game since signing a five-year, $85 million extension in 2019.

Nick Bosa attacks the hands, gets the assist from the guard & knocks the ball out of Rodgers hands for the strip sack. If you beat the hands, you beat the man! #passrush #49ers pic.twitter.com/vWFcbIqDcv

“Some of the plays that Bosa and Armstead made in that game – they were down there, they were driving,” Smith said. “Nick beat the tackle and got the caused fumble. That’s the stuff I love. Awesome player, awesome play. It’s great.”

Smith was an absolute force in his heyday and ranks seventh in 49ers history with 43.5 sacks. Bosa is one sack away from tying Charles Haley’s franchise postseason record of 7.5 sacks. And Sunday will only mark Bosa’s sixth career postseason game.

So, what makes Bosa so elite?

“It’s all his hand placement and how he sets the guys up,” Smith said. “He’ll come at ‘em with the bull rush, then he’ll kind of jab in there and he’s able to place his hands about as good as I’ve ever seen anybody do. On that wrist or right behind the elbow there, to get on that corner and he can flip his hips real quick and make that edge turn. He’s just a phenomenal player.”

Armstead and Bosa spent most of Saturday night lined up next to each other on the left side of the 49ers’ defensive line. Smith said the duo is toying with opposing offensive linemen with an effective two-man game.

“He’s just a mountain of a dude,” Smith said of Armstead. “He’s getting more physical every year, is what it looks like to me and he’s getting more comfortable in what he can do. Looks like him and Bosa kind of interchange and move around and try to get matchups the way they want, a little like we used to do with Aldon [Smith] and us moving around.

“Once you get that comfortable and you can move around and basically call guys out on the o-line that you want to get after – which looks like what they’re doing – that’s when it gets fun. That’s when you come into your own. Those guys have definitely come into their own and they're just having fun, they’re making plays and kicking ass out there.” 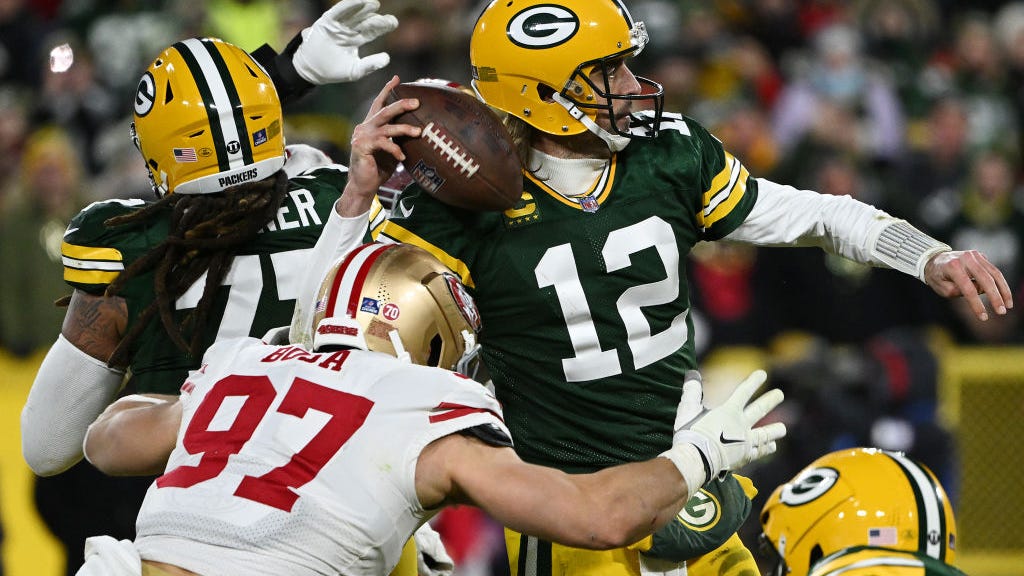