The two coaches have been intertwined since they were hired 25 days apart from each other in 2017, both renowned for their sharp offensive minds despite breaking into the NFL ranks at such young ages. As McVay told reporters earlier this week, he still thinks it’s “insane” the Los Angeles Rams hired him to be head coach at the age of 30.

Heading into Sunday’s NFC Championship between the 49ers and Rams, the two head coaches are in the spotlight once again. So is that six-game San Francisco winning streak against their SoCal rivals.

On Wednesday, a reporter asked McVay if Shanahan was in his head. During his media session with reporters Thursday, Shanahan brushed off an inquiry asking if he was happy to hear McVay had to respond to such questions.

“Not really. I think that's kind of silly,” Shanahan said. “I think a question like that is just giving Sean and myself way too much credit. We're coaches, like watch what's going on that field and some of the players out there and the people that are competing. To think that it's about Sean and I, I know he doesn't feel that way and he knows I don't feel that way. So the entertainment of this business is cool because it brings a lot of fans and brings a lot of money for everybody, but I think that's kind of pretty ridiculous. I don't give coaches that much credit.”

McVay and Shanahan worked together as assistant coaches with the Washington Football team, on a 2013 staff that also included Green Bay head coach Matt LaFleur. McVay and Shanahan have kept up a friendly relationship over the years despite the constant pitting by the media.

The Week 18 49ers-Rams matchup featured plenty of crazy moments, but that game will likely always be remembered as the one where McVay celebrated in the end zone with his team up 17 points, only to lose to Shanahan in overtime.

Pretty embarrassing for Sean McVay, especially since he ended up losing his sixth straight to Kyle Shanahan pic.twitter.com/gQP5e8nZ3C

So, is Shanahan in McVay’s dome?

"No," McVay told reporters Wednesday. "We have a lot of respect for them. We're competing and preparing to the best of our ability to go out and see if we can advance. But this is a really good team. Kyle is an excellent coach. They got great players, great coaches, good schemes. It's why they're in the NFC Championship."

Former 49ers defensive lineman Justin Smith discussed the head coaches during his appearance with 95.7 The Game’s “The Morning Roast” Thursday and said it’s more about the 22 guys between the lines.

“I never really paid that much attention to the coaches,” Smith said. “They weren’t ever out there running the ball or blocking.” 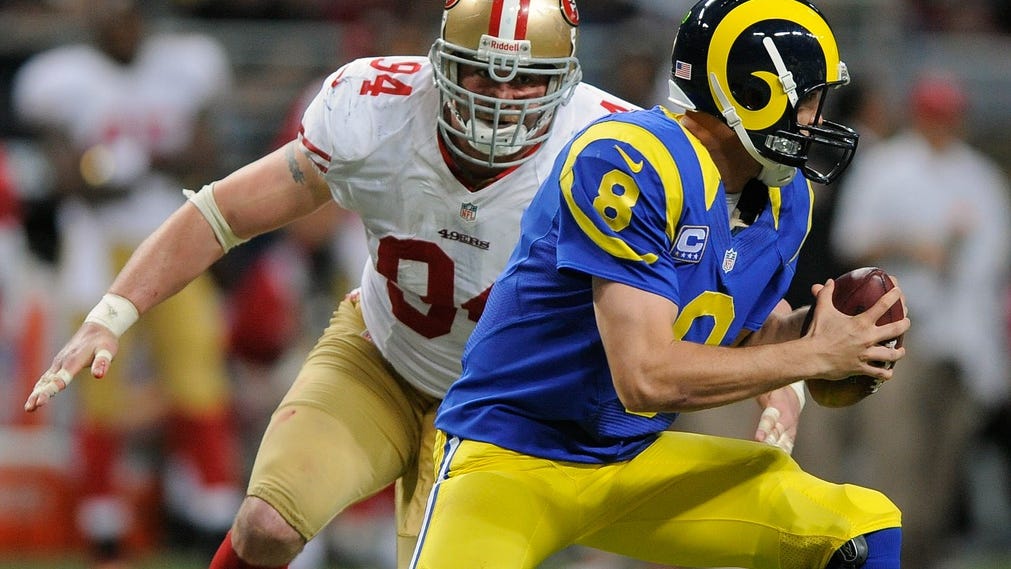