The 49ers depth chart took another couple of hits in Week 2, as tight end Tyler Kroft and running back Ty Davis-Price will miss a “few weeks” with respective injuries. Coach Kyle Shanahan told reporters during a Monday conference call that Kroft has a sprained MCL and Davis-Price has a high ankle sprain.

Davis-Price made his NFL debut on Sunday and looked powerful at times, especially to start the game, but finished with just 33 yards on 14 carries while splitting duties with veteran Jeff Wilson Jr. After Week 1, the 49ers had to place starting running back Elijah Mitchell on injured reserve with an MCL sprain that is expected to keep him out for seven more weeks. Coupled with Trey Lance’s season-ending ankle/leg injury on Sunday, it’s been a rough start to the season for the 49ers rushing attack.

Shanahan said that the 49ers will bring in a group of running backs to try out soon.

"We gotta get on that,” Shanahan said. “We had some last week and we got to bring a group in again.”

Last week, the 49ers added 26-year-old veteran Marlon Mack to the practice squad but he didn’t appear in the game.

“I thought he did a good job,” Shanahan said of Mack. “He looked good in practice. He got mainly scout team reps, but he looked like he’s been around. Carried himself the right way. You can see the skillset that has given him success in this league.”

Wilson and undrafted rookie Jordan Mason are the only other running backs on the active roster. Shanahan also gave a nice review of Wilson, who carried the ball 18 times for 84 yards, a healthy 4.7 yards per carry.

“I thought Jeff was a stud,” Shanahan said. “You could see it on the first two runs of the game. … You could just see how hard he was running. What Jeff does when he doesn’t have the ball is really good too. He helps us out in a ton of ways.”

At least it sounds like Pro Bowl tight end George Kittle could make his 2022 debut in Week 3 against the Denver Broncos. Shanahan said Kittle was close to playing Sunday against the Seahawks, but he’s glad the 49ers were able to win while resting him.

“He was close, that’s why we took it that far,” Shanahan said. “Obviously he wasn’t able to go. I’m glad we didn’t. I think he could have gotten through the game, but there was gonna be a higher risk of him reinjuring that. To be able to pull that off and get a win, I’m very glad with the decision we made. Should give him a much better chance to be good to go this week.”

Kittle is super tight with Jimmy Garoppolo and ranked second on the 49ers with 94 targets last year, so he figures to be a massive addition on Sunday if healthy. 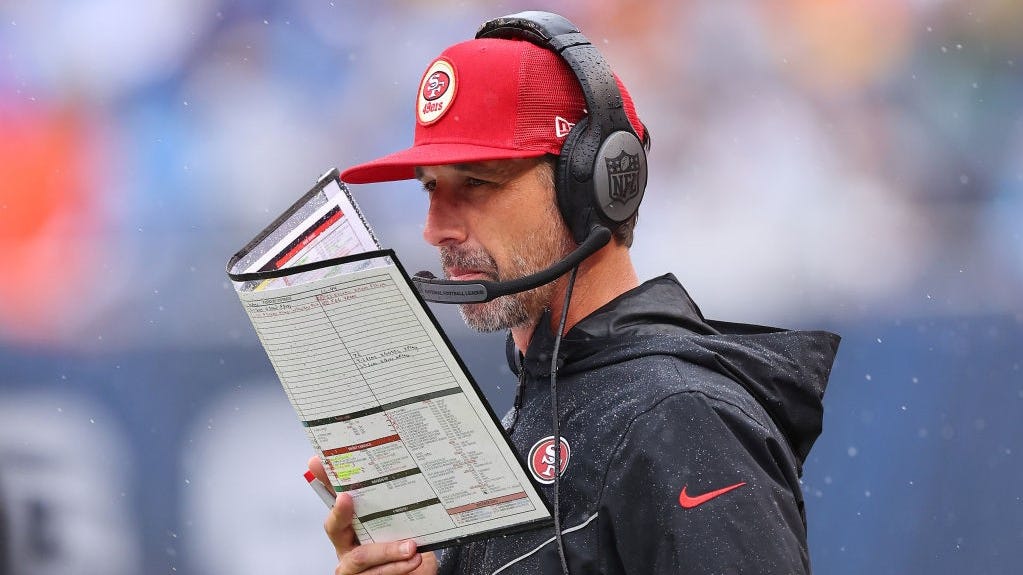