A day after getting a little testy with reporters during his postgame interview, Kyle Shanahan welcomed more questions about quarterbacks running the ball.

“The more the better, so I can help educate,” Shanahan said in a Monday afternoon conference call.

As of 3:30 p.m. PT, Shanahan said he was yet to talk to Lance since Sunday night, but that he’d be speaking with his franchise quarterback shortly. Lance underwent “successful” surgery on his broken ankle and leg earlier Monday and posted a smiling post-op photo on his social media channels.

Shanahan bristled when asked about the rate at which he called designed running plays for Lance, as he averaged 12.3 rushes in his first three NFL starts. Three of the 49ers’ first 17 plays on Sunday were designed runs for Lance, though he was lost for the season early in the first quarter when his ankle crumpled after he got thumped by 237-pound linebacker Cody Barton and 345-pound defensive tackle Bryan Mone.

After that, Jimmy Garoppolo had a couple of run plays called for him, including some quarterback sneaks to move the chains and another one at the goal line which led to a one-yard touchdown to seal the game.

“A dropback play is way more risky than a quarterback sneak,” Shanahan said. “Those are the things that really confuse me. I see guys get really killed in the pocket on dropbacks. I’ve never had a quarterback get hurt on a sneak before. Doesn’t mean it can’t happen.”

“It is football, and that’s what I mean by that. You can get hurt on any single play. It just seems we only get interested when he’s carrying the ball where he gets injured. There’s a risk-reward with everything, but to now throw sneaks in there too because of the time of the game is really surprising to me.”

Shanahan also answered a question about calling a zone read play for Garoppolo, which gets everyone’s legs moving more and usually doesn’t result in an instant pile-up at the line like a QB sneak.

“We gotta read the (defensive) end a little bit better and work at that, so when the quarterback does take the d-end, he hands it off. That’s stuff we gotta do, but that’s a very normal play in all of football at all levels for everybody. I’m surprised you guys haven’t seen some of the guys run zone read on us. When Andy Dalton walks in the end zone from the 10-yard line or Kirk Cousins does or a lot of the guys who do run that stuff and you’re not accounting for the quarterback, it’s a pretty normal thing.”

Shanahan always has an answer to criticisms of his coaching. Some have questioned his accountability as head coach, but he stands firm to his logic.

Obviously, Garoppolo won’t be running around like Lance, but Brock Purdy would be next man up if anything happens to Jimmy G. Shanahan said he’s been impressed with what Purdy’s shown with the 49ers so far, especially with his decision-making. The coach is confident that the 22-year-old rookie Mr. Irrelevant can handle the starting role if called upon.

“Yeah that’s why we chose him as our No. 2 going into the year (before Garoppolo restructured his deal),” Shanahan said. “I feel great about Brock regardless. There’s not just like a store where you go get quarterbacks.” 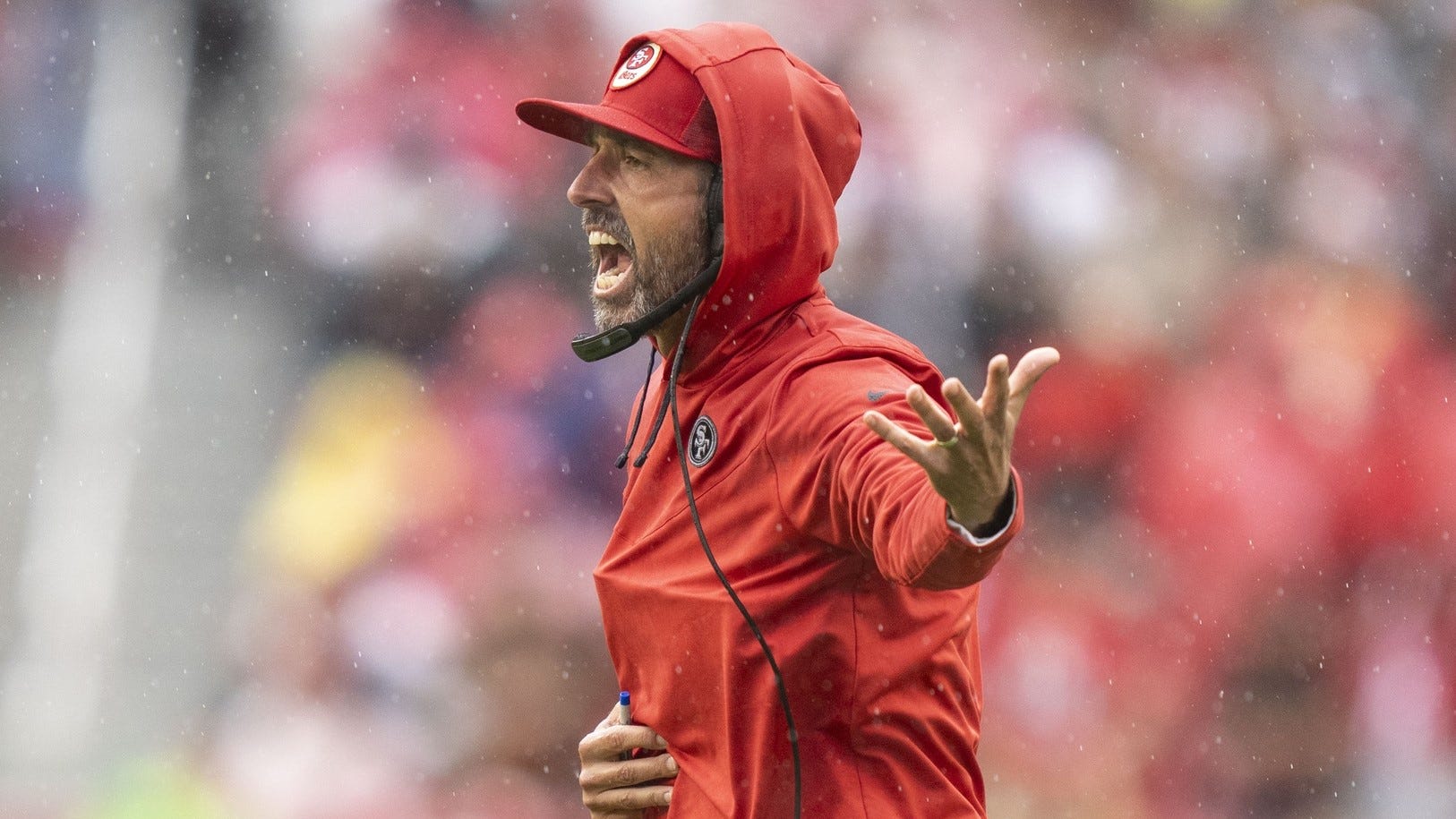