Barry Bonds will find out the fate of his Hall of Fame candidacy for the 10th and final time on Jan. 25. Bonds, along with other last-ballot baseball greats like Rogers Clemens, Sammy Sosa have had their careers tarnished by links to performance-enhancing drugs.

Why does it matter if you were tied to steroids officially or not? There’s certainly guys already in the HOF that took steroids it doesn’t take a genius to see that. Barry Bonds should be in the HOF and I really don’t think there’s an argument to keep him out imho.

Bonds’ career accolades -- which include the most home runs in MLB history (762), walks (2,558), seven MVPs, 14 All-Star appearances, 12 silver sluggers, eight gold gloves and two batting titles -- are unmatched. But he won four of those MVPs from 2001-2004 under the cloud of BALCO performance-enhancing drug scandal. In 2015, a court of appeals overturned Bonds’ felony conviction of obstruction of justice in the 2011 BALCO-related trial.

Wood has been part of the Giants organization for one season and recently signed a two-year, $25 million contract to stay in San Francisco. While Wood showed love for one of the Giants’ all-time greats, he also shared his thoughts on Clemens.

My last tweet also includes Roger Clemens. His career WAR is 140 and he won over 350 games with a 3.10 era. He had two HOF careers in one. Also, I don’t agree with steroid use in any way but with guys already inducted into the HOF that def took steroids these 2 should be in.

I think Wood has a point about Bonds and Clemens. Even without the juice and the mysterious late career bulk, those two guys were deserving of being Hall of Famers.

In his first 14 seasons from 1986-99 between the Pittsburgh Pirates and Giants, Bonds slashed .288/.409/.559 while averaging 32 homers (445 total) and 93 RBI per season. He racked up three MVPs, eight All-Star appearances, eight gold gloves and seven silver slugger awards in that time alone -- which sounds Hall of Fame worthy to me. 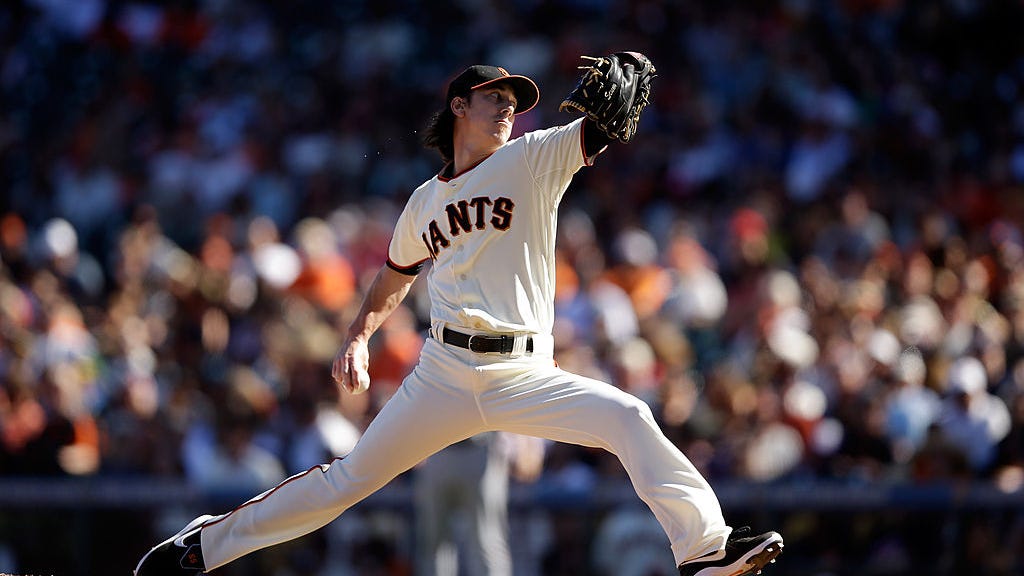