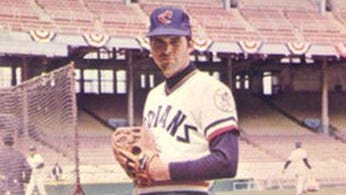 Richard William Tidrow, better known as Dick — or by baseball fans as "Dirt," given his often dirty uniforms — passed away on Wednesday. He was 74 years old.

According to Giants beat writer Andrew Baggarly, he died "unexpectedly" in his Lee's Summit, Missouri home.

The Giants organization is in mourning. Longtime executive and former major league pitcher Dick Tidrow has passed away. He was 74. "Dirt" was instrumental in drafting Tim Lincecum, Madison Bumgarner, Jonathan Sanchez and so many others. This is a loss that is being deeply felt.

Tidrow was selected by the Cleveland Indians in the fourth round of the 1967 MLB January Draft-Secondary Phase and spent the next five seasons rising through the minor league ranks. Making his debut on April 18, 1972, Tidrow impressed as a 24-year-old rookie, compiling a 14-15 record but with an impressive 2.77 ERA. Over the next dozen years, he'd spend time with not only the Indians but the Yankees and Cubs, spending the bulk of his career split between those two clubs, before finishing off with brief stints with the White Sox and Mets. He'd pick up two World Series rings on the way for the 1977 and 1978 Yankees, twirling a dazzling 1.93 ERA in the latter of those series in two appearances.

His impact on the baseball diamond wasn't done after his playing career, however, as he'd go on to become a longtime Giants executive — as Baggarly noted above — and was a "pitching guru" for the organization.

RIP Dick Tidrow. Longtime Giants pitching guru was behind the drafting and developing of Bumgarner, Lincecum, Cain, Vogelsong, Romo and many others. Pitched for Yankees and 4 others. Good guy.

The 2021 season was Tidrow's 28th year overall with the team, with different roles over his tenure including a scout, a special assistant to the GM, the director of player personnel and, most recently, the senior advisor to the president of baseball operations.

Several other members of the MLB community mourned his death on social media.

#rip Dick Tidrow. One of the behind-the-scenes guys who was responsible for any pitcher you liked during the Sabean era. He died suddenly on Saturday. He was one of the funniest people I knew. In a dry sort of way. Not a bad pitcher either during his time. From Hayward.

RIP Dick Tidrow, 74, who was as huge an influence as anyone in or out of uniform during the #SFGiants’ three World Series titles. The former #MLB pitcher was a brilliant talent evaluator for Brian Sabean. A true legend.

Second what @Kevin_Goldstein says about Dick Tidrow, a genius when it came to pitchers. Not always easy to get in touch with but full of great information when I did. We once bonded over home renovations! RIP, Dick. https://t.co/ju1KRq58rq

During 2014 postseason I asked Dick Tidrow what he thought when Bumgarner got ejected from a AAA game & threw a baseball toward OF wall. He smiled. “We thought that was a lot of arm strength,” he said. Tidrow had huge hand in building dynasty’s pitching staffs. RIP to a legend.