In season four of Stranger Things, the shows primary villain (or secondary villain depending on your point of view) is the creature known as Vecna who infiltrates the minds of angst filled teens, tormenting and terrorizing them into despair before killing them in a gruesome manner a la Freddy Krueger style.

Vecna's haunting calling card is the eerie chime of an old grandfather clock, announcing the countdown to his next victim's doom in a process the show calls “Vecna’s Curse.”

Giants president of baseball operations Farhan Zaidi may not have the full effect of Vecna’s Curse upon him, but it would not be surprising if he was hearing the sounds of a grandfather clock chiming in the distance as he walks the catacombs of Oracle Park. Amidst a season of bad defense and boring baseball, a lackluster trade deadline and now 8 straight losses to the rival Los Angeles Dodgers, the countdown has officially begun on Farhan.

Zaidi arrived in San Francisco with a plan. Three and a half years later, he is still just as committed to the plan. Based on the amount of leeway he was granted by ownership at the trade deadline, it’s safe to say the check writers for the Giants are committed to it as well. The fanbase of the Giants is less committed. And rightfully so, as this brilliant plan had yet to bear any fruit that they have been able to see.

Farhan's time with the Giants has not been devoid of any measurable progress. It is well documented how much better the farm system has gotten, and that is not to be so casually dismissed. While progress is good, it has not been enough to close the ocean-sized gap between the Giants and their rivals in Southern California. If anything, the ocean is getting bigger, and the Giants are in danger of sinking beneath the waves.

This past trade deadline offered a chance for the Giants to try and close the gap, if only just a little bit. With tradable options in Carlos Rodón, Joc Pederson, Wilmer Flores and Dominic Leone on hand to deal for a bevy of young prospects to further stock the farm with, Zaidi opted to play small, moving Darin Ruf, Curt Casali and Trevor Rosenthal for a bushel of unheralded names and J.D. Davis. Afterwards, he went about justifying their dud-like behavior by weaving together such colloquialisms like “focus on the present” and “don’t want to trade just to make a trade” and “try and compete with this team.” The usual spiel, which is where the issues arise: the usual spiel is not good enough anymore.

Credit to Zaidi for his commitment to stay focused to his process and not be distracted by outside factors. I can’t even complete a shopping list without going off script during a trip down the ice cream aisle. And while that is admirable, it is also foolish. Baseball, much like life, is a game of adjustments. Wait on your pitch all you want, but when you’re down 0-2, it’s time to readjust your approach.

Farhan, my guy, both the Dodgers and Padres have you in an 0-2 hole, it’s time to make some adjustments. You have had not one, but TWO trade deadlines (not including 2020) to make moves to improve a farm system that clearly is getting less respect than what the rankings would suggest. Two opportunities to make meaningful improvements to the bedrock of this organization, the farm system, and both times you sat back and waved at those opportunities as they went by. Your Plan A is mired in the back of the struggle bus, and so far we are not seeing a magical Plan B walk through that door.

Just because they won a series doesn’t mean a playoff run is in store for the #SFGiants. Catch the latest episode of Garlic Fries and Baseball Guys with @slubman59 and @ButcherBoy415

It will require large bundles of money to be spent. Money that ownership has to be willing to let Farhan spend, which is still TBD. But there is no guarantee that if the money can be spent, that other players will take it.

The clock is chiming.

The Giants are forcing themselves between a rock and a hard place. They are going to enter this winter and take part in free agency with the baseball world knowing how back against the walls they really are.

The clock is chiming again.

Even their most aggressive pitches to free agent stars are not a lock to be successful in an off-season where failure will not be an option.

The clock chimes once more.

One more unexciting off-season, and time may run out. 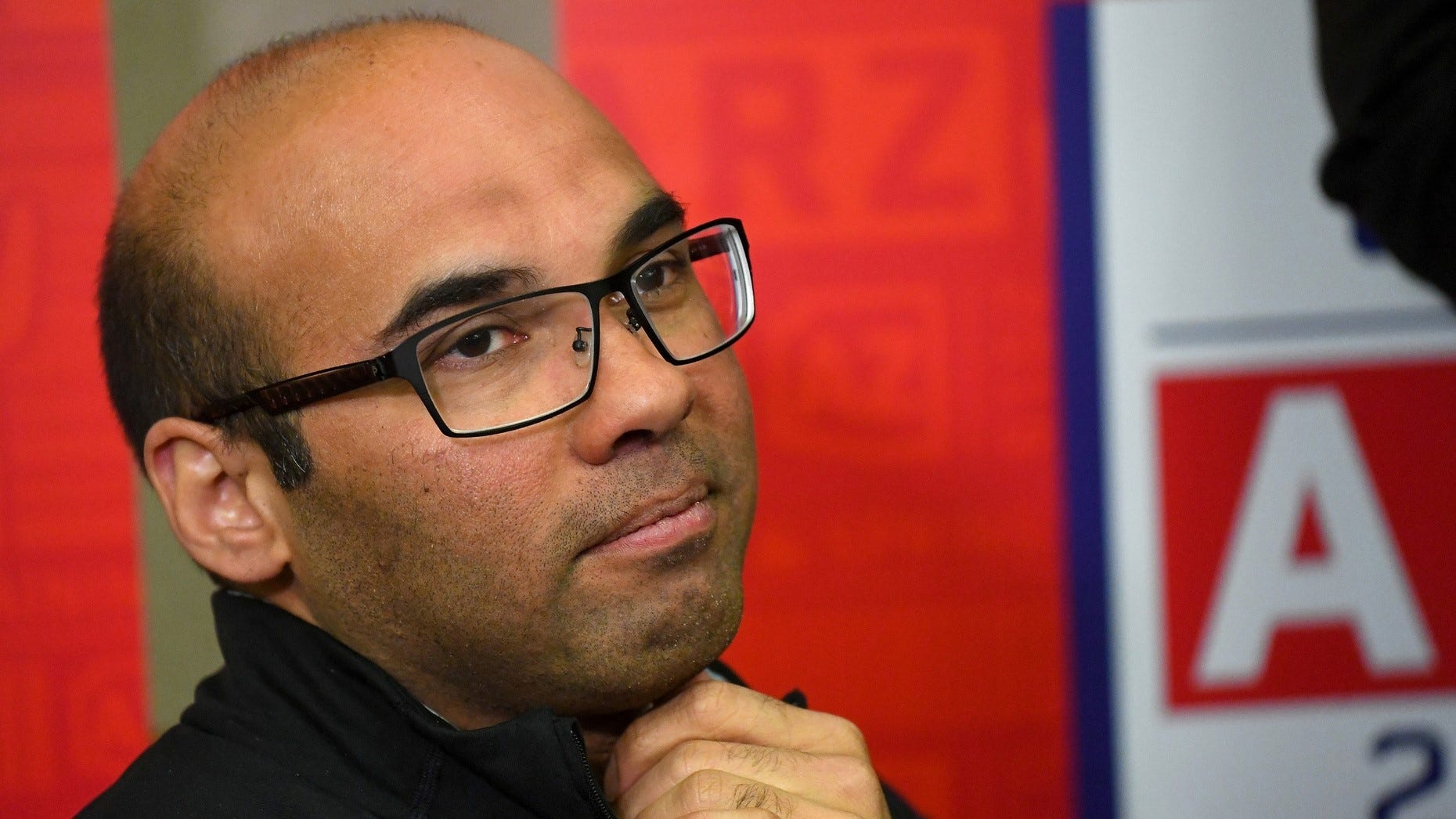