Has the NBA bubble lived up to expectations? I’d say. Boy, did we need basketball back in our lives. From Saturday’s Nuggets/Jazz overtime thriller to Damian Lillard’s heroic, 61-point explosion (including an ambitious, bordering on irresponsible 33-foot heat check that would have made even Steph Curry blush) Tuesday night, the NBA’s Orlando slate has been a riveting two weeks of basketball packed with scene-stealing performances and high drama.

Not everything played out the way commissioner Adam Silver drew it up. For instance, the league’s laughably transparent plan to Sherpa ratings juggernaut Zion Williamson into the postseason was quickly thwarted (coach Alvin Gentry’s adherence to a strict minutes cap for his injury-prone phenom did nothing to help the cause). But even with the Pelicans largely a non-factor, seeding play in the bubble has been a resounding success and a model other major sports leagues (looking at you, MLB and NFL) would be wise to follow amid the continuing COVID pandemic.

Many of the usual suspects—anticipated league MVP Giannis Antetokounmpo and stoic assassin Kawhi Leonard—have starred in Orlando, though the bubble has also been a showcase for lesser-known talents like blossoming Pacers prodigy T.J. Warren and the similarly underrated likes of Michael Porter Jr. The NBA will honor Orlando’s best by unveiling its inaugural All-Seeding Games Team (really rolls off the tongue) in the coming days. Balloting will unfortunately be reserved to credentialed NBA writers and broadcasters (of which I am not), but if stumped hoops scribes want to crib my answer sheet, be my guest. Here is my All-Star bubble lineup for your consideration: 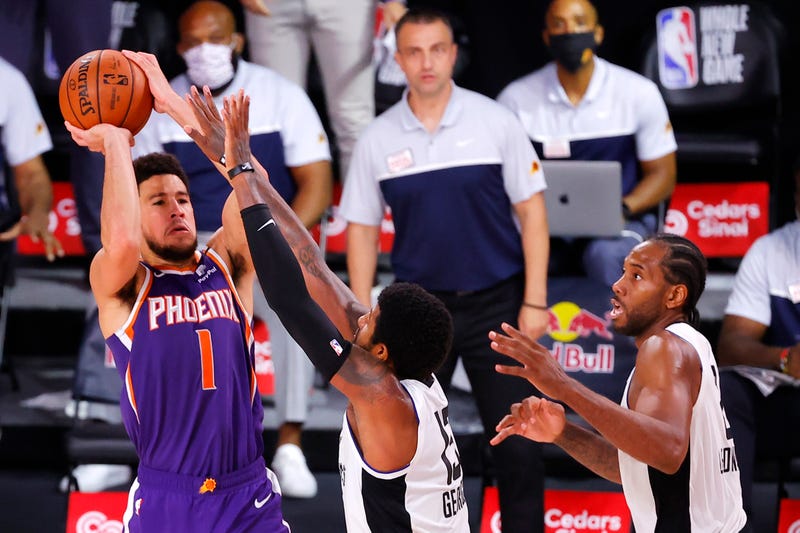 Many, myself included, initially scoffed at the lowly Suns gaining entry to the Orlando bubble. At the onset of the league’s restart, Phoenix’s inclusion wreaked of charity—the 26-39 Suns sat 13th out of 15 Western Conference teams and needed a miracle of biblical proportion to advance past the obligatory eight-game seeding period. Fast-forward two weeks and Phoenix is suddenly the hottest team in hoops (no pun intended), led by one of the league’s hottest players in fifth-year scoring machine Devin Booker (31.0 ppg on crisp 49.7 shooting). The Suns remain a longshot to nab the Western Conference’s final playoff berth (that spot has Rip City written all over it), but the fact we’re even discussing it this late into the seeding window is pretty remarkable and a testament to Booker’s relentless scoring savvy.

The high point of Booker’s bubble experience was sinking a last-second dagger to stun the Clippers. Damian Lillard calls that a Tuesday. Lillard may stand just 6’2,” but he was a goliath in the seeding round, making believers out of Charles Barkley, Greg Anthony and countless others who have happily hopped aboard the Blazers’ bandwagon. There was a time, months ago, when Lillard was skeptical of even setting foot in the bubble. Through seven games, he’s been the unquestioned MVP of Orlando, erupting for 37.0 points and 9.3 dimes per game while connecting on 41.4 percent of his tries from downtown. Sure, Dame cost Portland with a couple uncharacteristic misses from the line against the Clippers, but he also flamed the Mavericks for 61, which came a mere 48 hours after hanging 51 on the Sixers. An overachiever from unheralded Weber State (not anyone’s idea of a hoops powerhouse), Lillard’s NBA ascent has always been a compelling narrative, but only recently did he make the leap from “great story” to shoe-in Hall of Famer. 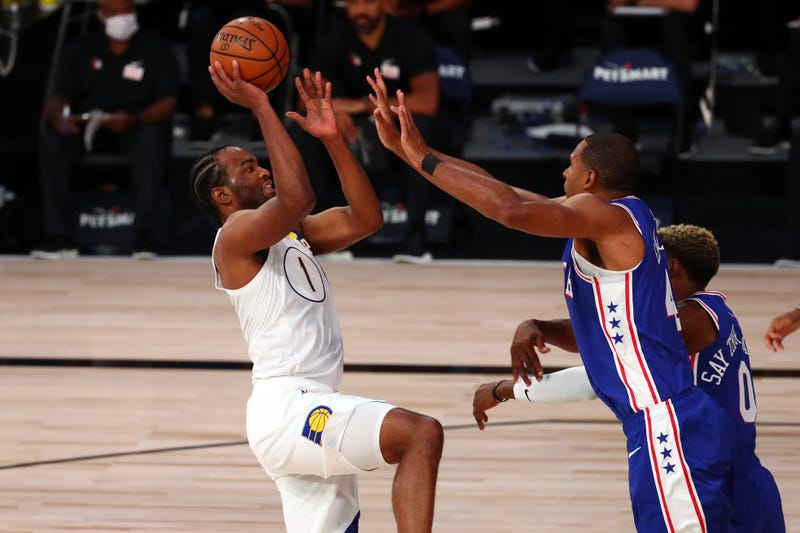 Giannis already had MVP in the bag before he came to Orlando and Antetokoumpo’s performance at Disney has only strengthened his credentials. Even after getting tossed just 10 minutes into Tuesday’s victory over Washington, the 25-year-old still leads all players in rebounding (12.2 boards per game) and also ranks eighth in scoring, averaging an ultra-efficient 27.8 points in just 25.7 minutes per contest. He’ll need to keep his emotions in check come playoff time, but the Greek Freak’s incredible length and quickness make covering him an almost impossible assignment.

Jokic went tit for tat with Utah’s Donovan Mitchell Saturday (30 points, 11 rebounds, seven assists and three steals) in the most enthralling game of the NBA’s restart. A ball-handling, dime-dishing seven-footer who can muck it up in the paint, Jokic has developed into arguably the league’s most complete big man (Joel Embiid’s durability, or lack thereof, assuredly knocks him down a few pegs) and the catalyst for a Nuggets team ready to wreak playoff havoc. T.J. Warren’s meteoric rise in the bubble (31.0 ppg on 57.8-percent shooting including 52.4 from beyond the arc) has captivated us all. Let’s just hope he saved some bullets for the postseason. Indiana’s stellar play in Orlando (5-2) should serve as a reminder that even with Domantas Sabonas shelved and Victor Oladipo operating at less than his usual capacity, the Pacers aren’t going to bend the knee to anyone in the Eastern Conference. 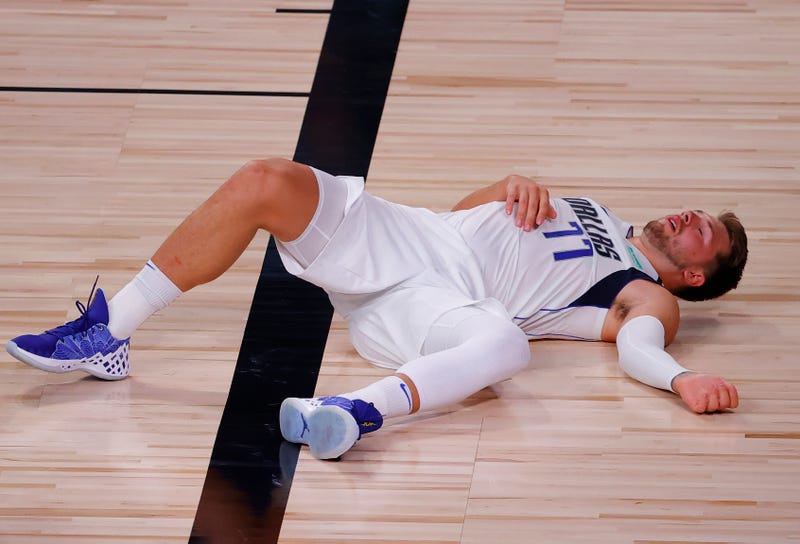 Harden’s approach to the game of basketball may be excruciating, but there’s no denying his effectiveness. Recently dubbed the third-greatest left-hander in hoops history by Jordan Cohn (who is headed off on a well-deserved vacation), Harden has demonstrated his usual scoring prowess in Orlando—only Lillard has out-produced him on a per-game basis (37.0 to 35.3 in Dame’s favor). But the more intriguing development has been Harden’s improvement on the defensive end of the floor, where he has averaged a bubble-leading three steals per game including his clutch theft of Giannis Antetokounmpo late in Houston’s statement win over Milwaukee.

Doncic is getting an admittedly raw deal here. He ranks among the NBA’s top three in scoring (32.0 ppg), rebounding (11.0) and assists (11.3) since the league’s restart, yet somehow that only amounted to Second-Team status. Already a triple-double machine—he’s had a 20-rebound game as well as a 19-assist game in Orlando—the 21-year-old Slovenian is a jumper away from being legitimately unstoppable. 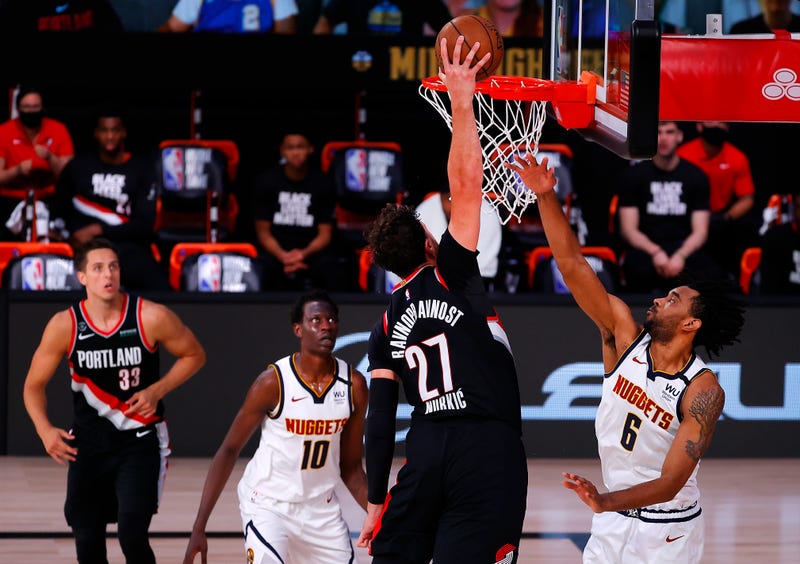