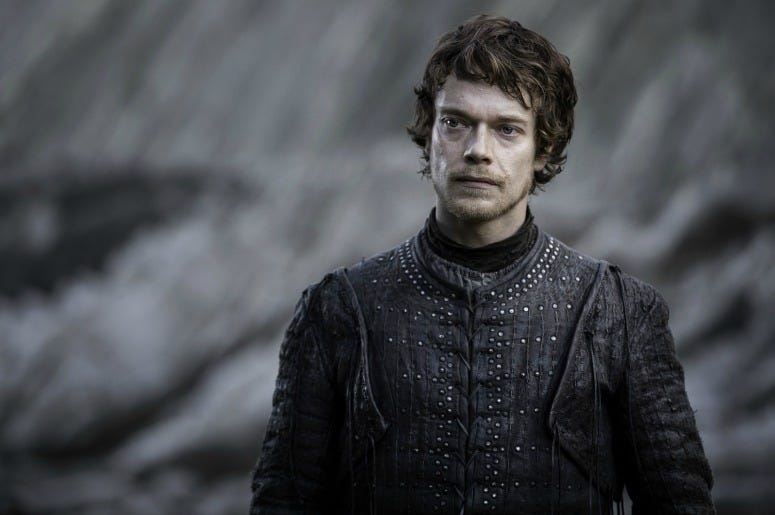 Alfie Allen earned one of Game Of Thrones record-setting 32 Emmy nominations this week, landing a nod for Best Supporting Actor In A Drama Series for the role of Theon Greyjoy.

Through the final season of the show, Greyjoy navigates a path back to his adopted family, finding redemption for the pain he had caused them in the past. It’s a remarkable, well-earned journey played masterfully by Allen, and it might hit closer to home than a lot of people ever knew.

WATCH MORE: 'Game of Thrones' Leads in the 2019 Emmy Nominations

In real life, Alfie Allen is the younger brother of singer Lily Allen, the “Smile” star who earned a GRAMMY nomination with her debut album, Alright, Still, in 2007. That album features a song called, “Alfie”, written about her brother who was then wasting his life away unemployed and smoking weed.

“I just can't sit back and watch you waste your life away, you need to get a job because the bills need to get paid” she sings. “Get off your lazy arse. Alfie, please use your brain.”

From a smoke-filled bedroom to an Emmy nominee, it seems like Alfie took some advice from his older sister.

Many were amazed to learn about the famous siblings, with everyone applauding his glow up to the Emmys.

Imagine your famous pop star sister writes a whole ass song literally named after you about what a stoner jobless loser you are, and then you become one of the best characters on the most popular TV show in the world and get an Emmy nomination for it pic.twitter.com/lqmIKP6XVE

Alfie Allen and lily allen are siblings ?!? And she wrote a song about him being a loser ?! pic.twitter.com/wLdda9GEyI

Lily Allen had her own congratulations for her little brother. The singer posted on her Instagram story, “My baby f***ing brother is nominated for an Emmy. No one deserves it more. I am so f***ing proud of him, even without an Emmy nom, but OMG he has an Emmy nom. Go Alf!!!!!!!!”

You can revisit “Alfie” by Lily Allen below.