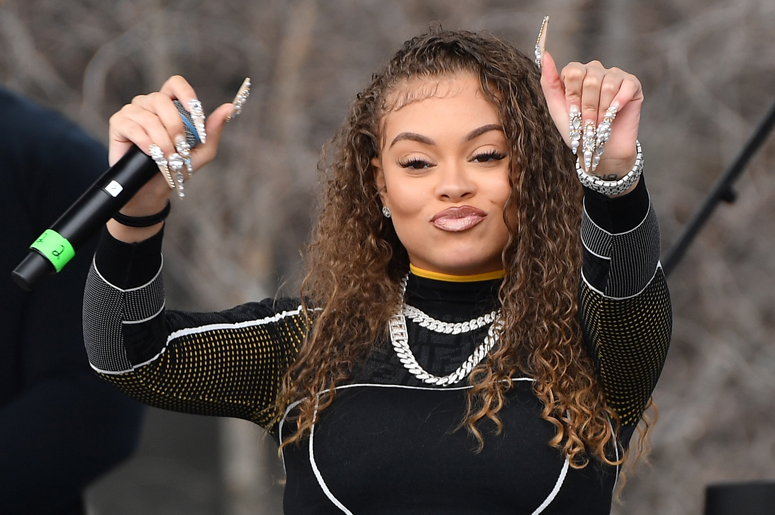 Whether you're in your feels or feel like dancing, Hip Hop and R&B always seems to perfectly reflect our mood... or get us in one.

Some you’ll know, others you won’t, maybe you’ll recognize an artist or maybe just the song. Either way, these tracks are great and you need to hear them right now, even if it’s not for the first time and especially if it is.

Obvious immediate success. With all the ingredients for a chart-topping hit, Cardi’s latest single does not disappoint, and we have a feeling you agree, “I know that’s right”

While Latto’s been on the rise as of late, Lil Baby’s been chillin at the top. So teaming up with him for this slow jam was a definite smart move and a nice change of pace, for them both of them actually.

This might be one of those put ons, so you’re welcome. If not, then feel free to drop us your music library. After gaining recognition for his his feature on Drake's 2020 single "Chicago Freestyle,” Giveon released his debut EP Take Time, which has been nominated for Best R&B Album at the 2021 GRAMMY Awards.

4 Koryn Hawthorne - Speak To Me

Coming with the gospel vibes, the former Voice contestant’s track samples the iconic singer Donnie McClurkin's 1996 single "Speak to My Heart.” Inspired by his song, Koryn intended to put her own spin on it to show her personal relationship with God, which she explains as “super laid-back and come as you are.”

We can always count on SZA to get us in our feels, and with “Good Days” that’s exactly what she does. Singing of feeling as though she's losing control of her life, and considering ending her relationship with her lover so she can grow. More than just making us feel, SZA reminds us that she goes through it, just like us.

No doubt you know about Doja Cat, but as “Streets” wasn’t one her breakout singles, it might have not been on your radar. However, now we can safely say that has completely changed since the TikTok Silhouette Challenge brought it to the forefront. Nevertheless, something tells us most of you haven’t heard the entire song, so listen to it now, because we “Say So.”

Set to appear on the soundtrack for Judas And The Black Messiah. This collaboration from JAY-Z and the late Nipsey Hussle is the first time the two have been on a track together. The track’s intent it to help lyrically represent the film’s story, the biographical drama and betrayal of Fred Hampton, chairman of the Black Panther Party in the late 1960s. While driving home the message, “Where There’s People, There’s Power.”