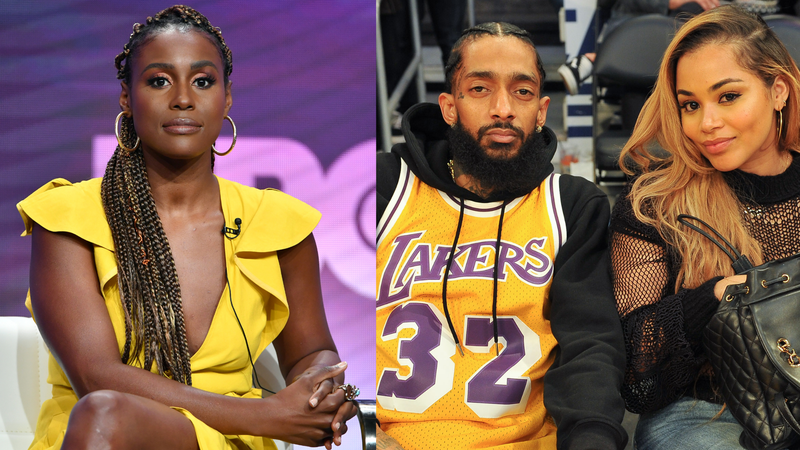 Long before Issa Rae became the most in-demand creative in Hollywood, she was an awkward Black girl with an incredibly popular web series.

When The Misadventures of Awkward Black Girl was gearing up for the silver screen, a TV executive expressed that Lauren London would be a "great fit" to play the lead, a role Issa created for herself. In her recent cover story with Vanity Fair, the situation was described as such— "the moral of the story was not only that executives were out of touch with Black women, swapping one for another even when they were nothing alike, but also that dark-skinned Black women could be edited out of their own narratives."

Rae's sentiments were heard through the grapevine and it was brought to her attention that Lauren was hurt by this. Issa expressed, "one of my biggest regrets, naming her. She took offense to that." Only a few years ago, the ladies were able to "make things right," thanks to Nipsey Hussle, Lauren's partner.

The rapper approached Rae at a birthday party and she recalled, "he was like, ‘You should just talk to her. Let me set it up." The result? "It actually sparked an amazing two-hour conversation. We had so much in common. She was like, ‘People don’t understand, I’m an awkward Black girl.’ In the same way that I was upset about the limited portrayal of Black women, she was like, ‘People do the same thing to me.’ I completely get that," Issa revealed.

Though Insecure is wrapping up its fifth and final season, Rae has her hands in Sweet Life (a docuseries, similar to hit reality series, Baldwin Hills), Perfect Strangers, the reboot to Project Greenlight, and the second season of A Black Lady Sketch Show. Long story short, Issa is booked and very busy and maybe we'll even see Lauren in a future production.