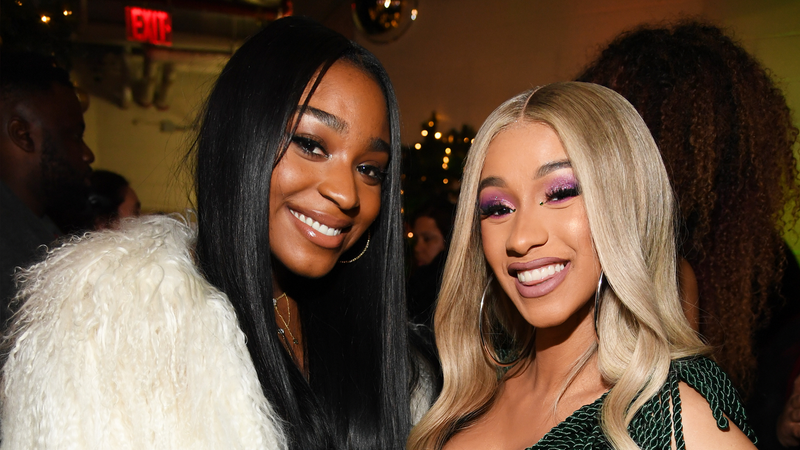 After Normani took to her IG stories to repost a saucy pic of Cardi B alongside the b-day message that said, "Happy birthday angel. Love you!!!!!”

However, we’re sure a thankful Cardi had something else in mind, suggesting a different photo Normani could post in honor of her big day. "Is she really wanna wish me a very happy birthday she would release them bomb a** pictures we took in all white," the rapper replied to the fan on Twitter.

Is she really wanna wish me a very happy birthday she would release them bomb ass pictures we took in all white 😤🤪🤪🤪 https://t.co/UqpNm4IfsG

Later Normani once again took to IG, but this time to post the pic on her feed, alongside the caption — “archivessss y’all know i be stingy. love you @iamcardib posted this for you lmao this was legit like your favorite photo.”

While the "Wild Side" video did feature scenes with Normani rocking all-white, we never got to see Cardi wrapped in silk, floating in mid-air — so yay!

In other Cardi and Normani related news, the singer attended the rapper's 29th birthday party earlier this week. Which at one point during Cardi wasn’t feeling too hot, and took to Twitter to thank the "Wild Side" singer for helping her out,