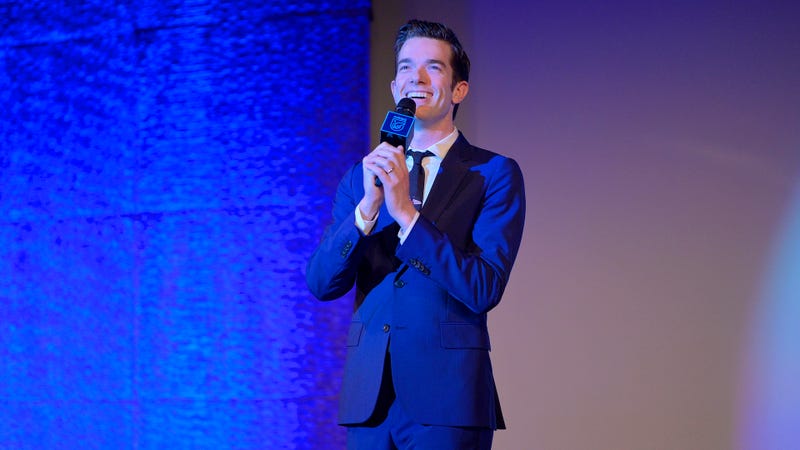 Throughout his years as a writer and a comedian, John Mulaney has mastered the art of the joke. Now, he’s here to impart his wisdom on another art form… swaddling a baby.

Mulaney was a guest on the SmartLess podcast as he told hosts Jason Bateman, Sean Hayes, and Will Arnett all about the swaddling technique he uses with his baby son.

Mulaney and Olivia Munn welcomed their first child together back in November. He was asked about his best and worst skills so far as a father. “I am a good swaddler,” Mulaney said. What’s his trick? Well, he can turn to one of the SmartLess hosts to thank. “I learned to swaddle somewhat from Ozark where you give a brief swaddle tutorial if you recall,” Mulaney told Bateman.

As for his worst skill? “I probably am worse at overthinking how to approach him as an adolescent, which I really don’t need to worry about for the next few years. I’m constantly running scenarios of what parent I’ll be at 11 or 12,” he admitted.

SmartLess is a podcast that connects and unites people from all walks of life to learn about shared experiences through thoughtful dialogue and organic hilarity. In each episode of SmartLess, one of the hosts reveals his mystery guest to the other two. What ensues is a genuinely improvised and authentic conversation filled with laughter and newfound knowledge to feed the SmartLess mind.

Listen to more episodes of the SmartLess podcast here.