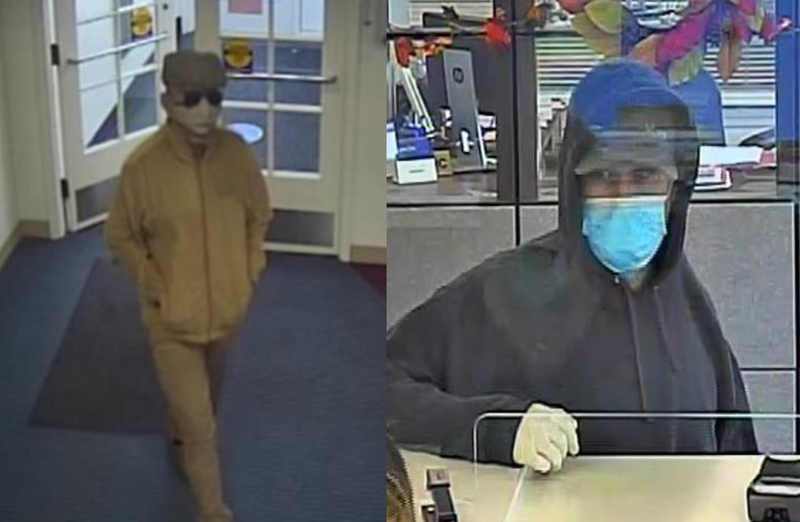 One of the robberies occurred around 10:07 a.m. Friday at the Liberty Bank in Deep River. In this case, the male suspect showed a note to the teller and demanded money. The suspect made off with an undisclosed amount of cash.

The Deep River alleged robber is described as an older white or Hispanic male wearing a hat, gloves, and possibly multiple masks. The suspect’s vehicle, which was driven by a black male, is described as being a white colored, Honda Accord EX, four door, with dark tinted rear windows and a rear plastic plate cover.

The suspect in the Deep River robbery matches the same description as the bank robbery that occurred at the Liberty Bank in Branford, CT on October 15, 2021. Anyone with information in this case is asked to contact Detective James Bria at james.bria@ct.gov or 860-461-8610.