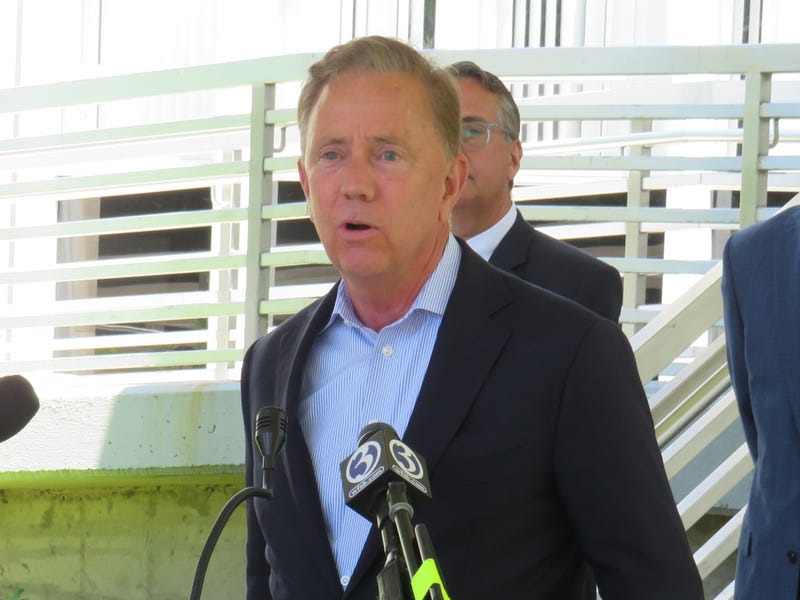 HARTFORD, Conn. (WTIC Radio) - Governor Lamont has requested a Presidential Major Disaster Declaration through FEMA over the damage caused by the remnants of Hurricane Ida in early September.

To qualify for the declaration, FEMA requires state and local governments to complete a detailed assessment under a process that typically takes several weeks to complete, including a calculation of FEMA-eligible damages, in order to determine whether the required federal thresholds have been met.

“The extraordinarily heavy rain from this storm resulted in extensive flooding across Connecticut, overwhelming federal, state, and local roads, and flooding hundreds of homes and businesses,” Governor Lamont said in a written release.

“The late-night arrival of the storm created additional challenges. First responders performed numerous rescues, with cars stranded or submerged in communities across the state as well as on interstate highways. Tragically, a state trooper was killed while patrolling a rain swollen river area. If approved, this federal declaration will allow many municipalities and homeowners to become eligible for much-needed assistance to recover from the damages caused by this storm.”

Connecticut State Police Sergeant Brian Mohl died in floodwaters when his cruiser was swept down the Pomperaug River during the storm's early morning hours on September 2, 2021.

Based on the results of the FEMA State Preliminary Damage Assessment, Governor Lamont has requested the FEMA Individual Assistance Program for Fairfield County and New London County, as well as the state’s two tribal nations – the Mashantucket Pequot Tribal Nation and the Mohegan Tribal Nation.

If approved, homeowners in those counties and tribal nations may be eligible for federal reimbursements related to the costs of uninsured damage to their housing and personal property.

In addition, the governor has requested the FEMA Public Assistance Program for Fairfield County and Middlesex County, based on those counties meeting the program’s damage thresholds.

If approved, public assistance will make the state and every municipality in those counties eligible to receive federal reimbursement of 75% of the costs for uninsured damage to infrastructure, as well as costs associated with their response and emergency protective measures.

Governor Lamont is also requesting implementation of FEMA’s Hazard Mitigation Grant Program statewide. With approval, this program will help state agencies, local governments, and the tribal nations take actions that can reduce or eliminate long-term risk to people and property from natural disasters.