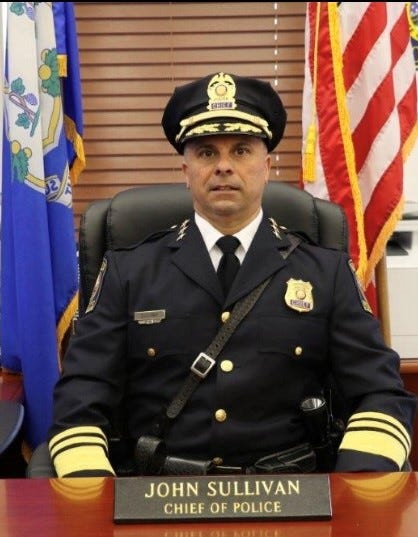 After 27 years, Chief John Sullivan is hanging up his badge. Sullivan's last day on the job is today.

The man known as "Sully" around town joined the department in 1995.

He worked his way up the chain starting out as a patrol officer.

In addition, Sullivan worked in a number of areas of policing, including Community Police, street crime, and the FBI Task Force, among others.

Sullivan said, “It has been an honor to serve the Town of Hamden over the past 27 years, especially for the past 2 years as Chief of Police."

Sullivan is looking forward to spending more time with family and friends, he said.