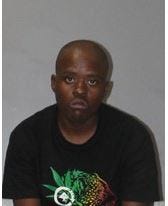 West Hartford, Conn. (WTIC Radio) - West Hartford police are charging a man after they say he tried to rob a woman outside a boutique in town earlier today.

Officers say around 10:30 a.m., they responded to a disturbance outside the Pretty Woman in Kane Street.

That's where they say 28-year-old Francha Francis grabbed the woman and attempted to take money from her.

Police say Francis stole the victim's wallet before fleeing into nearby woods.