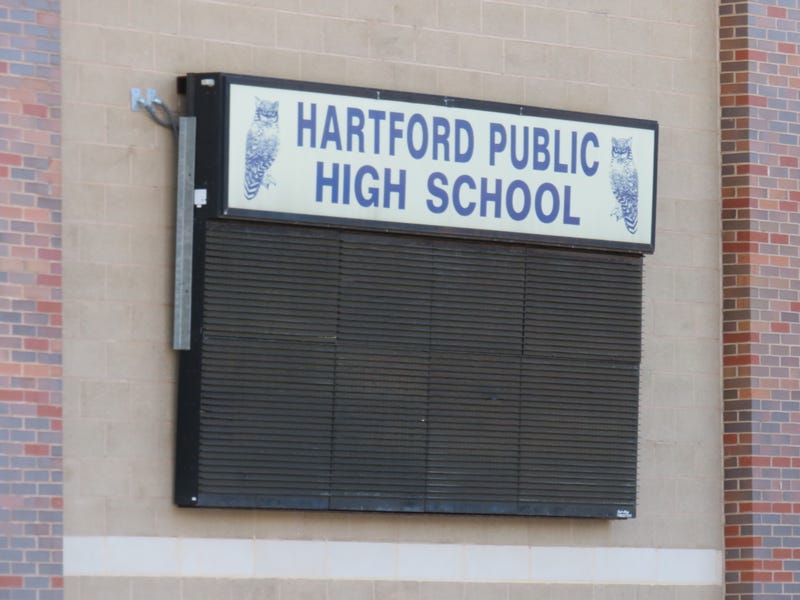 The victim, a senior, is hospitalized in stable condition with wounds to his shoulder and flank, according to Hartford police Sgt. Chris Mastroianni. He does not believe the injuries to be life-threatening.

The suspect, a sophomore, is in custody and is with a parent as he is interviewed by police. Police believe no one else was involved in the attack.

Mastroianni says the incident began with an argument in the school locker room at about 11:30 am Tuesday. The confrontation, he says, spilled into the street, where the stabbing took place. The victim re-entered the school to seek medical help. The suspect was detained almost immediately.

The school was on lockdown just after the attack, but had fully reopened by 2 pm.