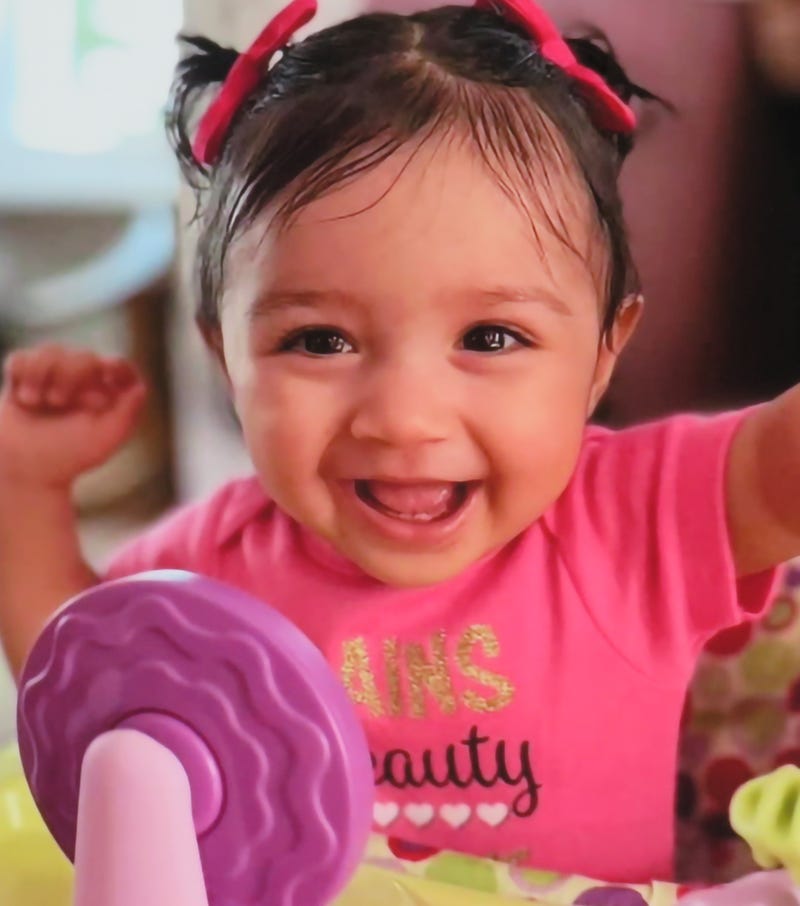 Camilla Francisquini of Naugatuck, 11 months old, found dead on 11/18/22; her father, Christopher, is accused in her murder and was arrested 12/2/22 Photo credit Naugatuck Police Dept
By John Silva

Naugatuck, Conn./WTIC Radio - The suspect in the killing of a little girl in Naugatuck two weeks ago is under arrest.

Naugatuck police said Christopher Francisquini, 31, was apprehended a little after 3:00 p.m. in Waterbury.

Local, state and federal law enforcement agencies had been searching for Francisquini since his daughter, one year old Camilla, was found brutally murdered in their Millville Avenue home November 18.

Francisquini’s capture is a clear example of  what can be accomplished when community members work with law enforcement to take dangerous individuals off the street. Within 28 hours of asking the public’s help he was taken into custody without incident and will face now justice.

His car was found ditched that day on Interstate 91 in New Haven and video snapshots had put the suspect in the city's Fair Haven neighborhood.

Just this week, police released updated photos, including those of tattoos the suspect sports on his neck and hands.