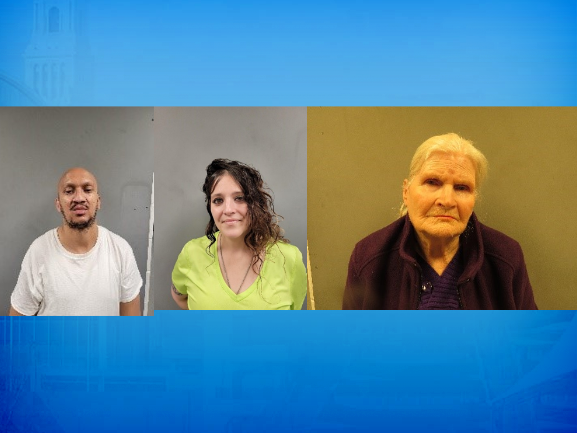 Rocky Hill, Conn. (WTIC Radio) - Following an investigation by the Statewide Prosecution Bureau in the Office of the Chief State's Attorney, three Connecticut residents face charges in connection with the theft of more than $80,000 in Covid-related unemployment assistance.

Otis D. Paramore, 43, Christine DeBiase, 39, of Branford and Gloria DeBiase, 75, of Stratford were arrested May 10.

Paramore and DiBiase are accused of fraudulently collecting approximately $68,541 in unemployment benefits under their own names and that of Paramore's deceased father and grandfather. Officials allege Paramore and DeBiase assisted Gloria DeBiase in filling out unemployment claims totaling $11, 268.

The investigation began after a complaint by the Connecticut Department of Labor.

“These arrests are the result of significant collaborative efforts by our two agencies,” Deputy Chief State’s Attorney of Operations Kevin D. Lawlor said. “By working together, both agencies are beginning to hold accountable those who allegedly took advantage of an unemployment benefit system that was overwhelmed by the COVID-19 pandemic.”

Paramore appears in New Britain Superior Court May 24. Christina and Gloria DeBiase both have Court dates May 19.