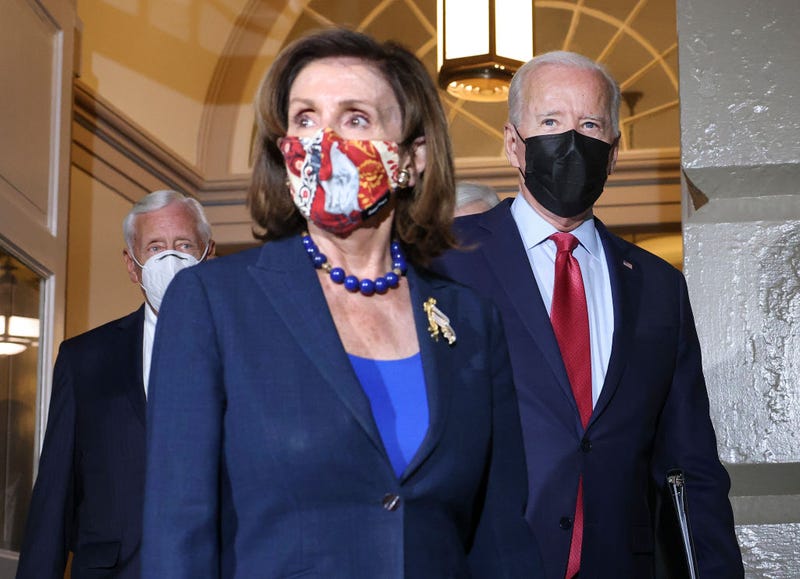 Dismissing what backlash he has received, a Houston restaurant owner has vowed to continue posting signs at his establishment that mock President Joe Biden and House Speaker Nancy Pelosi.

“We are heading into crawfish season and then peak patio weather and won’t be slowed down from the cancel culture renegades,” Brandon Piper, the co-owner of Preslee’s Southern Style Restaurant, told Fox Digital on Wednesday. “It's about pro freedom and our right to run our small business.”

The publicity over the restaurant’s signage grew when a picture of the marquee outside was tweeted by Houston Chronicle restaurant critic Alison Cook, who took offense to the message that read, “No mask needed unless U look like Nancy Pelosi.”

Why yes, I’d like a side of misogyny and Covid protocol defiance with my chicken-fried steak: pic.twitter.com/aaBUNMdYqW

A second message was later added to the bottom of the sign: “Let’s go, Brandon!” – the rebuke that’s become popular among Republicans that is coded language for the less family-friendly “F*ck Joe Biden!”

The signs have drawn sharp criticism on social media, but Piper says business is booming.

“We have never been busier!” Piper said, dismissing the criticism as “slander” and saying most of the negative reviews they’ve received are from people who have never eaten at Preslee’s “but feel the need to jump on the bandwagon.”

“The backlash we received at first was a little overwhelming while dealing with a busy restaurant. Lots of voicemails and private messages,” Preslee said of the sudden swell of attention, some of which sought to label their message about Pelosi as misogynistic.

Piper defends the signs, chalking it up to humor and noting their sign is often a space for memes, jokes and “funny quotes” while also standing by what he believes is the kernel of truth in the humor.

“I think it's pretty safe to say our current government has failed us and other small business owners. More than 150,000 small businesses have shut down from mandates, but this is not about politics. It's about basic rights that some have seem to have forgotten. If we can make it through a pandemic and actually thrive we can surely handle this,” Piper said.

He also made a promise: “We’ll have more material posted soon, so stay tuned.”