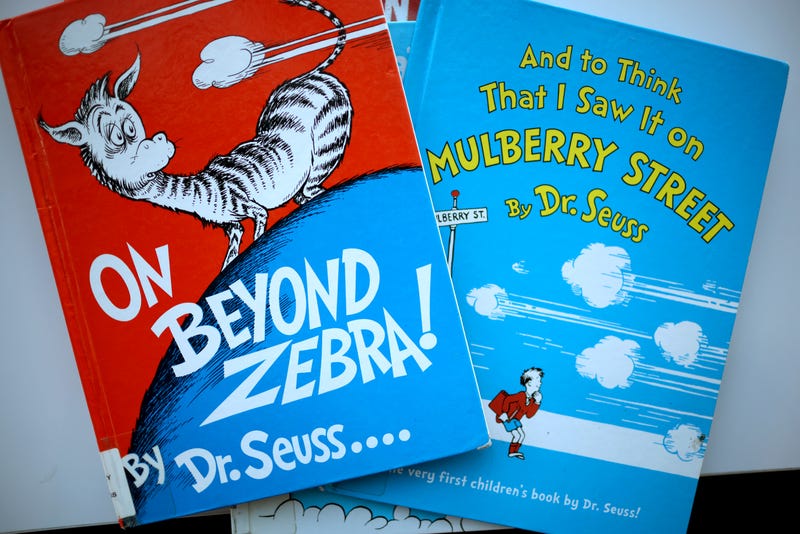 Books by Theodor Seuss Geisel, aka Dr. Seuss, including "On Beyond Zebra!" and "And to Think That I Saw it on Mulberry Street," are offered for loan at the Chinatown Branch of the Chicago Public Library on March 02, 2021 in Chicago, Illinois. Photo credit Scott Olson/Getty Images
By Eric Brooks, KCBS Radio

Once the gold standard of American children's literature, Dr. Seuss has shot to the top of nearly every best seller list following a controversial decision by the author's estate to discontinue six books because of racist imagery.

As of Thursday, Dr. Seuss books occupy nine of the top 10 slots on the Amazon Best Sellers list, with two more at numbers 11 and 12. Several others sit in the top 50. Classics like "The Cat in the Hat," "One Fish Two Fish Red Fish Blue Fish" and "Green Eggs and Ham" are the best sellers of the bunch. 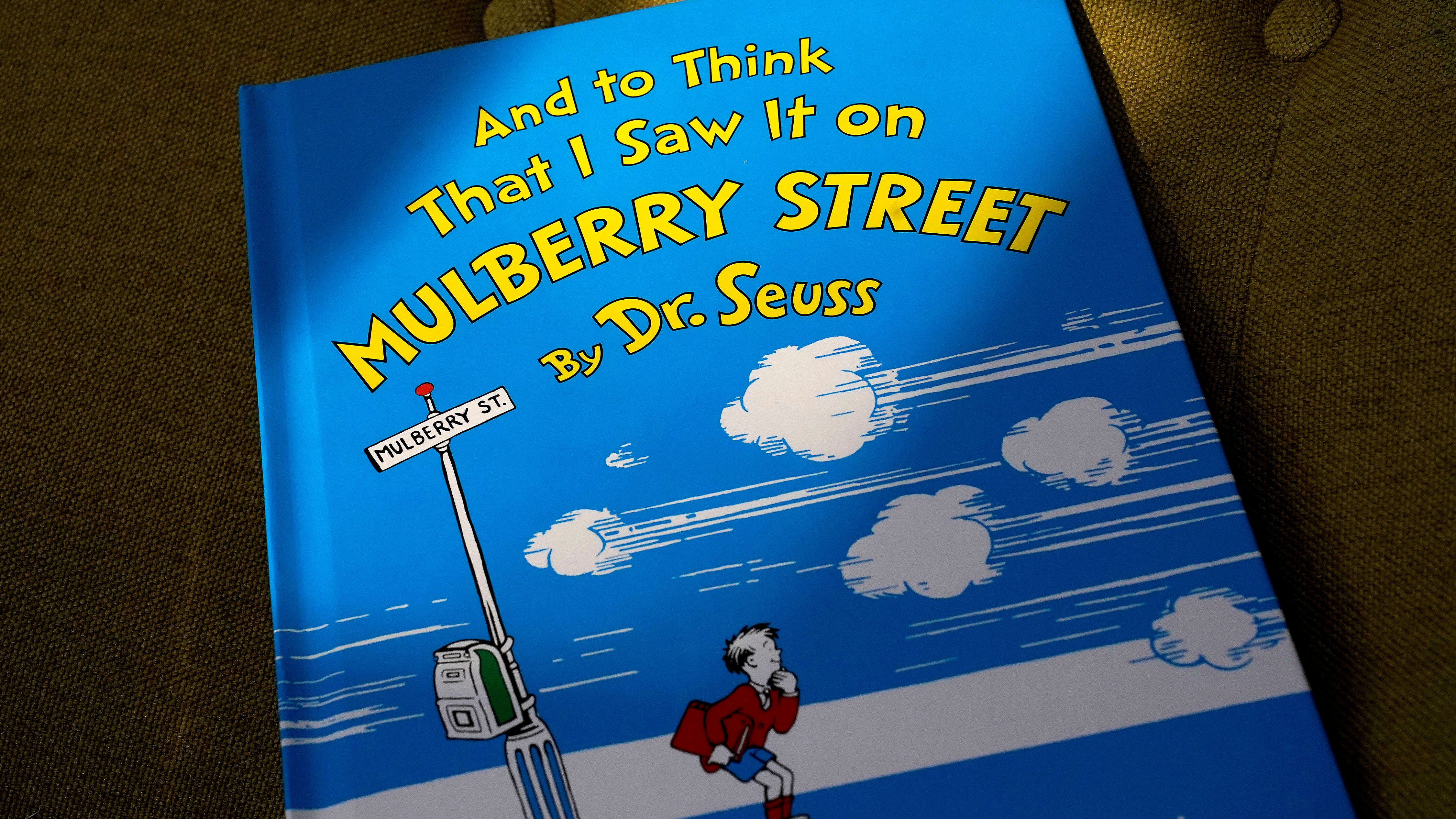 The same goes for Barnes & Noble, where nine of the top 10 spots are Dr. Seuss books.

However, none of those listed are the "hurtful" and "wrong" books pulled from publishing and licensing by Dr. Seuss Enterprises on Tuesday.

"And to Think That I Saw It on Mulberry Street,﻿" "If I Ran the Zoo," "McElligot’s Pool," "On Beyond Zebra!," "Scrambled Eggs Super!" and "The Cat’s Quizzer" were included in the company’s announcement, the decision coming from a months-long review process by a panel of experts and educators.

Some of the discontinued books are going for hundreds of dollars on eBay. Several libraries, including the New York Public Library and Denver Public Library, have said they will keep the controversial books in circulation.

The company’s move prompted an outpouring of reaction from across the world, both support for the announcement and criticism. 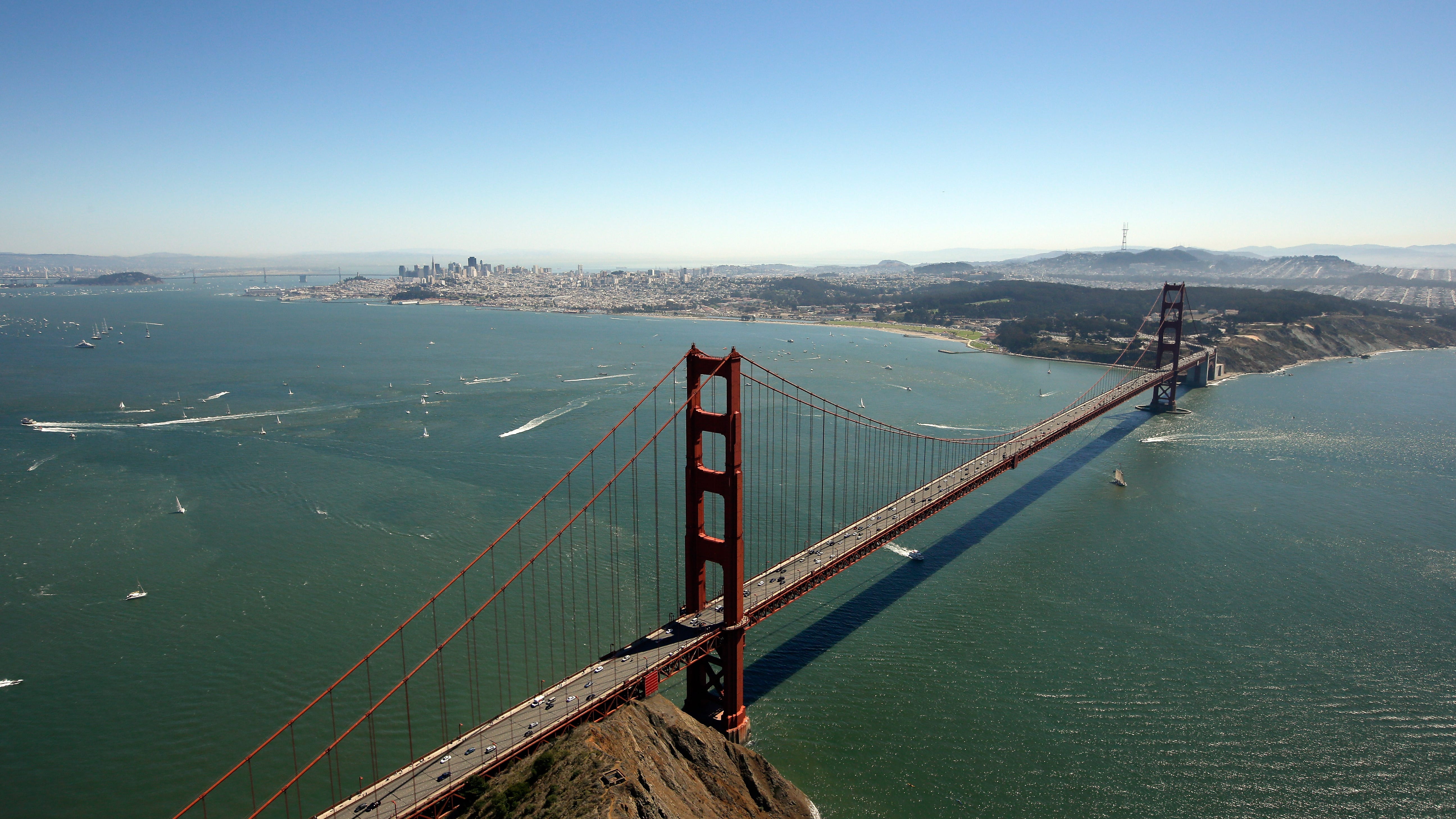