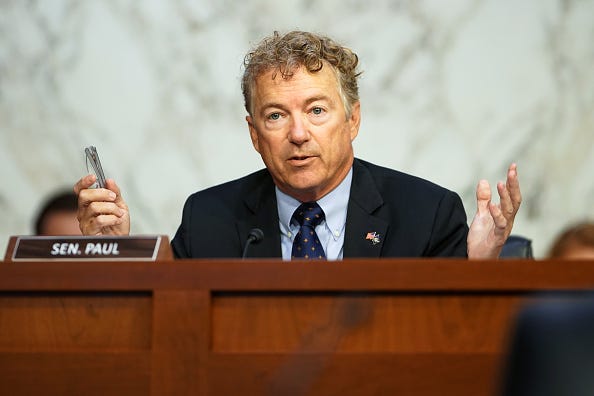 As inflation climbs, parents struggle to get their hands on baby formula and the pandemic resurges in parts of the U.S., it begs the question: How much should the country spend in Ukraine?

President Joe Biden tried to push another massive $40 billion spending bill through to support the people of Ukraine attempting to fight off a Russian invasion. But Sen. Rand Paul held it up single-handedly.

The Republican defied members of both parties by demanding the bill include a caveat that future spending gets oversight by an inspector general and said he won't support it until it does. How much is enough when it comes to overseas spending? Explore that and questions about Biden's leadership in this week's Red Meat Roundup, a roundup of conservative voices on hot topics.

“My oath of office is to the U.S. Constitution, not to any foreign nation,” Paul said, adding, “We cannot save Ukraine by dooming the U.S. economy.” Do you agree?

Listen so you don't miss one tasty morsel.