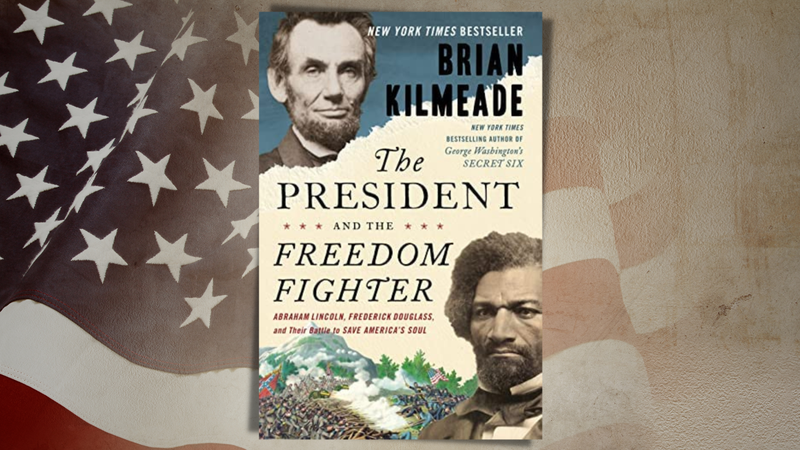 → GET YOUR COPY of Brian Kilmeade's The President and the Freedom Fighter here! ←

BRIAN KILMEADE joined Fox News in 1997 and was soon named co-host of Fox & Friends, where he still thrives today. The show powered is way to the top spot in morning cable TV in 2000 and remains there to this day. After Fox & Friends from 6 - 9AM ET, Kilmeade has the privilege of hosting his national syndicated radio show, “The Brian Kilmeade Show” on Fox News Talk from 9-12 noon. The show just broke the top 5 as one of the most powerful on radio by “Talkers Magazine”. Brian also hosts “One Nation with Brian Kilmeade” which airs on the Fox News Channel on Saturday nights at 8 PM. Brian has written 7 books including 6 New York Times best sellers. He currently resides in Massapequa, NY, where he grew up, with his wife and 3 kids. He graduated from LIU-CW Post with a BA in Communications specialization in Political Science in 1986 where he also played soccer.