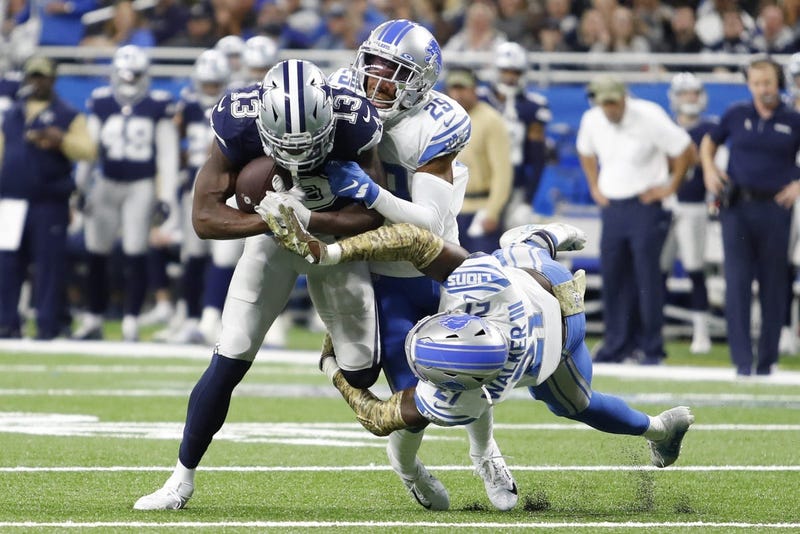 Here we are, two weeks before Thanksgiving, and another season for the Lions is circling the drain.

They're 3-6-1 after Sunday's loss to the Cowboys and have less than a one percent chance to make the playoffs. It's not what anyone expected of Detroit when the season began, and certainly not after its 2-0-1 start. But Matt Patricia's defense has failed his team.

"The way the whole season is turning out right now is shocking to me," Walker said.

"It's very annoying considering all the time we put in and all the things we do to correct those things," Walker said. "Honestly, it's very frustrating and it puts us in a tough position. But at the end of the day, we've got to figure it out. We've got to. We can't let the season continue to roll the way it is."

The culprit on Sunday was the pass defense. Dak Prescott racked up three touchdowns and 434 yards, and said afterward he was under so little pressure that sometimes he was able to go through his reads twice. It made for a pretty painful film session on Monday, said Walker. "A lot of plays that are unacceptable."

He added, "We always feel like we’re so close and we’re right there, but we keep coming up short."

Barring a miracle, the Lions are finished. Even if they win their final six games -- which they aren't -- they'd likely still need help to make the playoffs. With so little to play for and a good chunk of the season remaining, it's worth wondering what will fuel this team to the finish.

Across the locker room on Monday, veteran receiver Danny Amendola sent a similar message. While he admitted the players hear the outside negativity -- more specifically, "the crap"  -- he said they aren't fazed by it.

"I don’t sense that at all," said Amendola. "I know we got a bunch of fighters on this team, a bunch of good football players willing to show up every day and work their ass off. I appreciate that about this group.

"The chips haven’t fallen much like we would like them to, but we’re a tough, resilient bunch and we’re going to fight. That’s for sure."