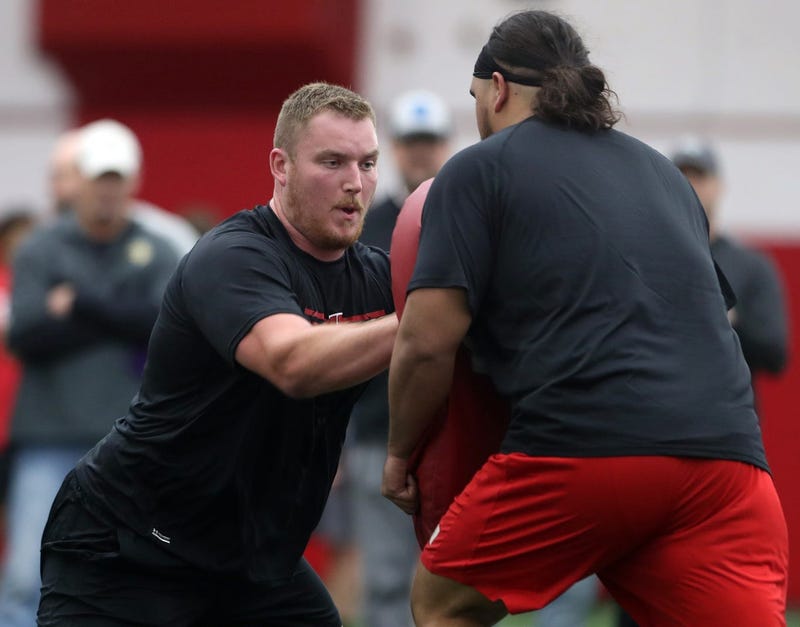 As the Lions head into the summer, the most pressing question on offense is this: Who will win the job at right guard?

Oday Aboushi and Kenny Wiggins seem like the early favorites. Joe Dahl and Tyrell Crosby will have a say in the matter, too. But the guy to watch, according to longtime NFL offensive lineman Jon Jansen, is an undrafted free agent out of Wisconsin: Beau Benzschawel.

"I would be surprised if he’s not active as one of the six or seven guys that they have on the roster in Week 1, and I wouldn't be surprised at all if he’s starting," Jansen told 97.1 The Ticket.

A two-time first-team All-American at Wisconsin, where offensive linemen are bred in bunches, Benzschawel was a well-known name heading into the draft. Jansen thought he would go in the third or fourth round. When he went undrafted, he signed with the Lions, with offers from more than 20 teams reportedly on the table.

After starting 43 games in a row at right guard in college, it's not hard to see why he chose Detroit. Jansen, who played nine seasons with the Redskins before finishing his career with the Lions in 2009, said Benzschawel "absolutely" has a chance to start Week 1.

"The one thing that will separate good offensive linemen from average guys is the way they use their hands. He does a great job of staying in balance, moving his hands, not letting them get slapped down, and if they get slapped down he replaces them. And I like the way he moves laterally. At the guard position that’s really what you need, is a guy that moves left and right. He’s not going to be sitting back a whole lot, so it’s his ability to move laterally and keep keep his base.

"When you look, he is of the mold of almost every offensive linemen you see come from Wisconsin. Technically sound, uses his hands well, moves his feet well, is in great position, has good balance, and when he strikes somebody you can tell that there's something behind the punch."

Benzschawel's specialty is in the ground game, Jansen said. Indeed, he was the best run blocker in the country last season, according to Pro Football Focus. He has some work to do as a pass blocker, but in a Lions offense that figures to be run heavy under Darrell Bevell, Benzschawel could fit right in.

"When he comes off, you watch defensive linemen and you see their heads snap back. That’s what you gotta have," Jansen said. "If you're blocking defensive linemen in the NFL and you don’t get that initial snap, it's really hard to get them moving, and he does that. He's got a great initial punch."

"I wish he was just a little bit faster," Janses added, "but I'll take technique over speed any time."