Coming out of the Lions' Week 9 bye, Dan Campbell took over play-calling from offensive coordinator Anthony Lynn. The Lions haven't scored more than 16 points in three games since. They're winless entering December, when they could be a playoff team with even a mediocre offense. But Campbell intends to keep the offensive reins.

Asked Tuesday if he's going to call plays for the rest of the season, Campbell told the Stoney & Jansen Show, "Yeah, I think right now I probably am."

Compared to Lynn, Jared Goff said Tuesday on the Karsch & Anderson Show that "Dan has put his little spin on (the offense) in a lot of ways where it’s a lot of stuff he’s used to with New Orleans and a lot of the flow-of-the-game stuff that he’s used. I think he’s done a good job."

Asked if Lynn should be the one calling plays, Goff said, "Hey man, that’s not my decision. I’m excited to play for whoever’s calling plays. Whoever it may be is the one I get to go out there and play for." 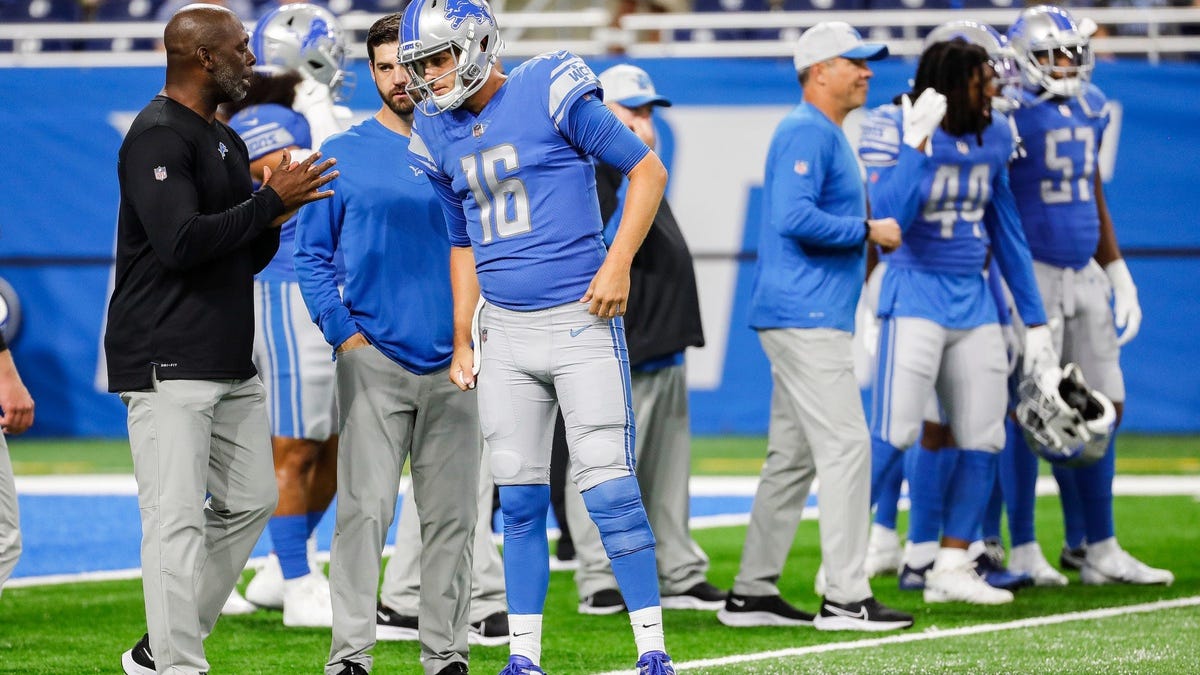 At times, Campbell has been overly conservative. He was especially guilty of this in Detroit's 16-14 loss to the Bears on Thanksgiving when he called a draw on 3rd and 32 from Chicago's 49 rather than trying to push the ball into field goal range. Jamaal Williams gained one yard and the Lions punted.

"Look, the third and 32 at the minus 49, I wish I could have that one back," Campbell said Tuesday. "I do. I wish we could have maybe thrown it down to see if we could push it a little bit and then once you get it in there a little bit, now you make another decision: do you have the length to kick a field goal or do you still punt it? But at least you got a shot at it or you dump it down.

"And really more importantly, it’s not even the run call so much as the run that was called. Wish I would have called something a little different, too. So yeah, I wish I had that one back. Third and 32, that’s a hard one, which we created ourselves with penalties." 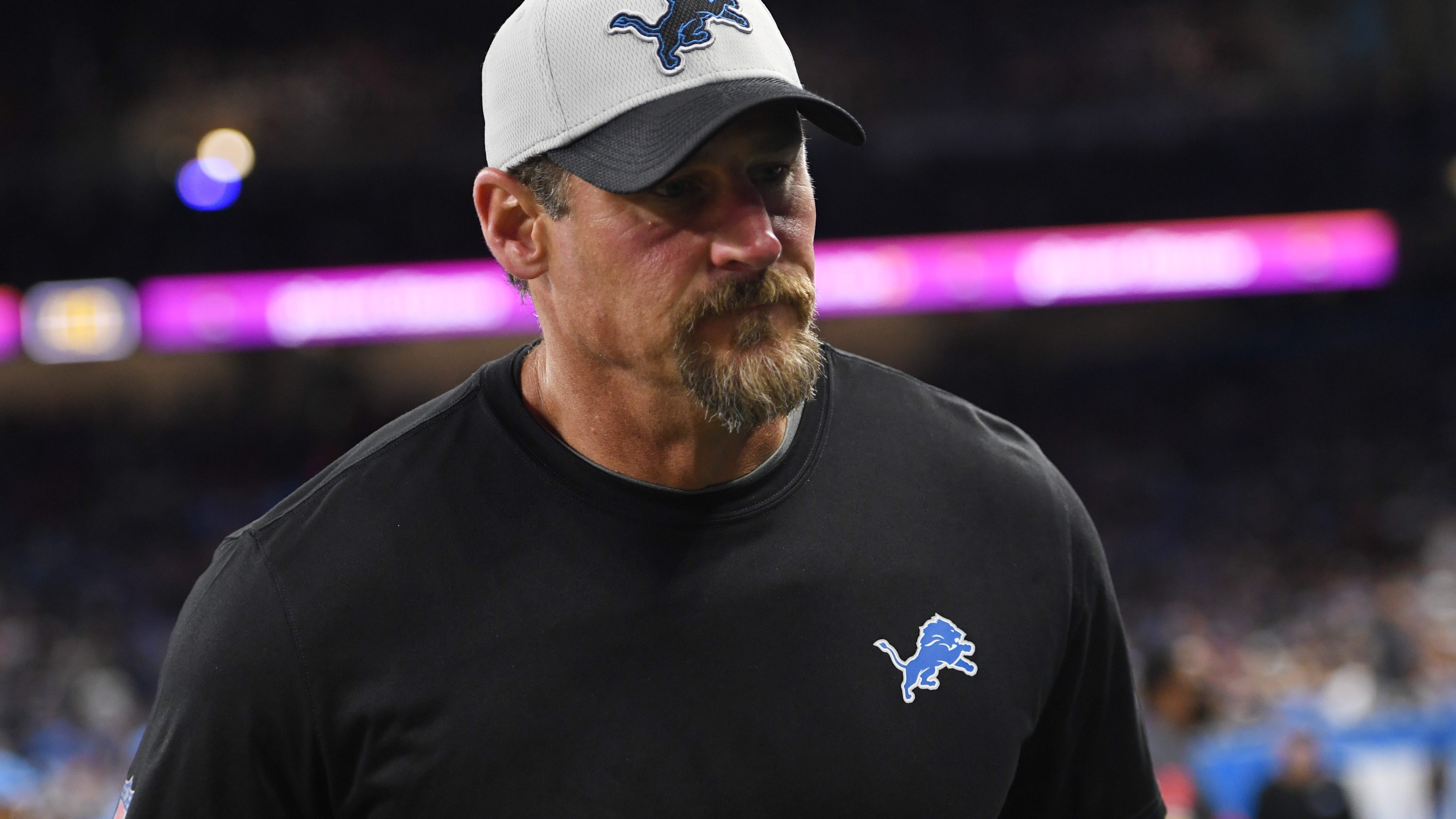 Dan Campbell owns it: "I should be getting criticized"

While it's a low bar, the passing game was slightly improved against the Bears. Goff went 21-25 for 163 yards and two touchdowns in his return from an oblique injury, including a 39-yard strike to Josh Reynolds that gave the Lions the lead in the first quarter and a 17-yarder to T.J. Hockenson that put them back in front in the third. He wasn't explosive, but at least he made a couple explosive plays.

"He made some big throws," Campbell said. "The Reynolds touchdown, the one to Hock. He made some pretty tough throws a little bit under duress and that was good to see, especially having not played or practiced in over a week and then really no practice leading up to that. That was good. As far as where he was throwing the ball, I thought he was smart about it. We didn’t throw it into double coverage or something like that, so I thought he did some good things for us."

It won't get any easier for Campbell and the Lions this weekend. Running back D'Andre Swift is unlikely to play due to a shoulder injury, robbing the offense of its top weapon. Good news is, the Vikings are allowing the most yards per carry (4.8) in the NFL. Expect Campbell to lean hard on Jamaal Williams and the ground game.