As they began preparations for Sunday's game against the Seahawks, the Lions took the practice field Wednesday missing half of their starting offense.

Among the walking wounded: their top rusher and their top two receivers.

Both Swift and St. Brown sound unlikely to play Sunday, especially the former.

"Swift would have to be significantly better," Campbell said. "It'd have to be the skies open up and the bright light comes out."

Campbell said "Swift and Saint kind of fall in that same boat," but St. Brown is closer to "day to day." 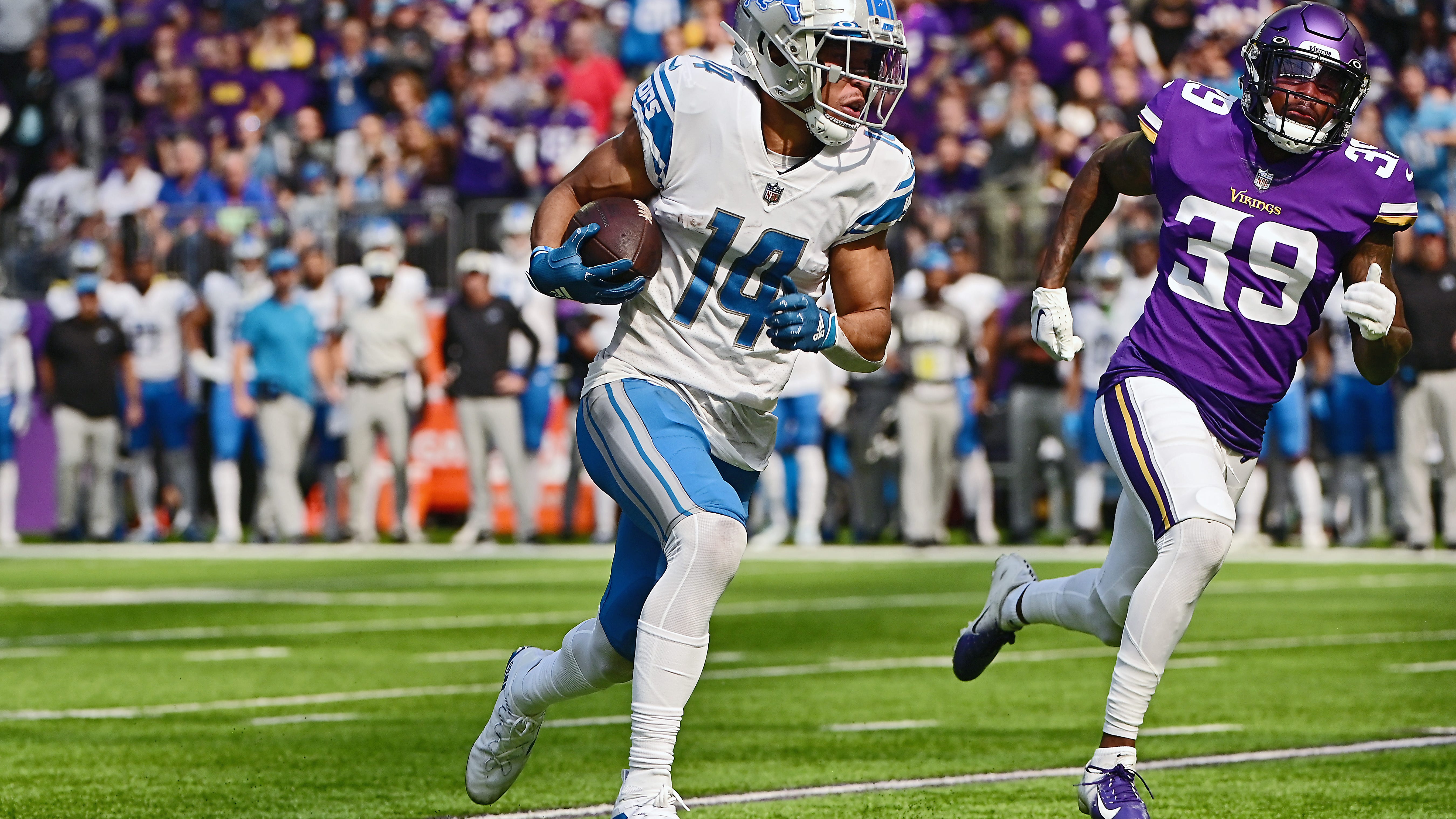 Lions could lose St. Brown to ankle injury, but 'shouldn't be long-term'

Swift, who also played through an ankle injury the past two games, sprained his shoulder in last week's loss to the Vikings and could be sidelined through the Lions' Week 6 bye. He's already lost seven games to injuries in two-plus seasons with Detroit.

"We knew it would be hard to go through a full season with him being healthy," Campbell said. "That's the nature of the position."

Campbell said the Lions will lean harder on Jamaal Williams and ask more out of Craig Reynolds and Justin Jackson in Swift's absence.

"It’ll be by-committee and we’re confident," he said. "Trust those guys."

On the bright said, Campbell thinks both Reynolds and Chark "will be OK" by Sunday -- Chark did practice Wednesday -- and said the Lions are "obviously optimistic" with Ragnow, who was able to play through his foot injury in last week's loss to the Vikings. The injuries to Chark and Reynolds are new.

Jackson could be looking at his third straight missed game with his bad finger.