It was just over a month ago that Paul Finebaum said Jim Harbaugh is "not even the best college football coach in the state of Michigan" after the Wolverines lost to Mel Tucker and Michigan State.

And it was just a couple weeks ago that the college football analyst for ESPN said Harbaugh had no chance of beating Ryan Day and Ohio State.

"There is something in Jim Harbaugh’s brain -- I don’t know what it is -- that he is incapable of beating his biggest rival," Finebaum said.

And there was Finebaum Sunday afternoon endorsing Harbaugh for national coach of the year after Michigan won the Big Ten championship and qualified for the College Football Playoff. How's that for a 180?

Finebaum called Harbaugh's turnaround this season "storybook" on ESPN"s CFP selection show where it was announced that No. 2 Michigan will play No. 3 Georgia in the Orange Bowl.

"It’s beyond comprehension to think that Jim Harbaugh is in the playoffs right now," Finebaum said.

About that, Finebaum is right. Michigan was a sub-.500 team last season. It was unranked when this season began. No team had ever rallied from those depths to make the College Football Playoff. And Harbaugh did it after having his salary sliced in half in the offseason. 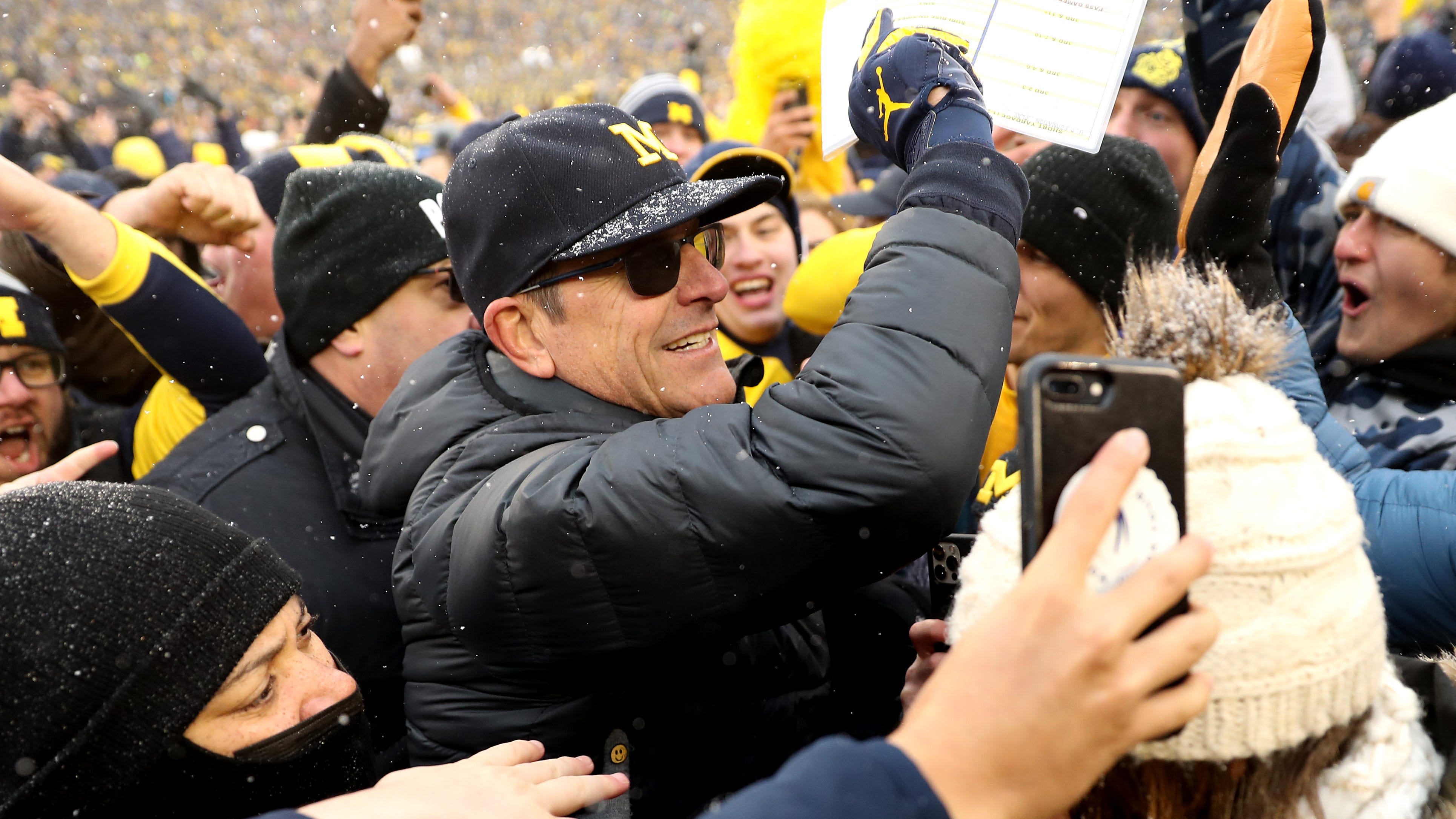 "It was a year ago that some of his own people were starting to wonder if he was the right coach," Finebaum said. "He took a contract cut. He didn’t say a word, and I really admired that about Jim Harbaugh. A lot of people would whine and complain. He just put his head down and did what he is supposed to do.

"I think he lost his way a little bit early on with the (satellite camps) down south and the trips to Normandy and to the Vatican. But I really believe that he’s done the best coaching job of anybody in the country (this season). I would vote for him as national coach of the year because he took a team that wasn’t ranked and he is now in the playoffs.” 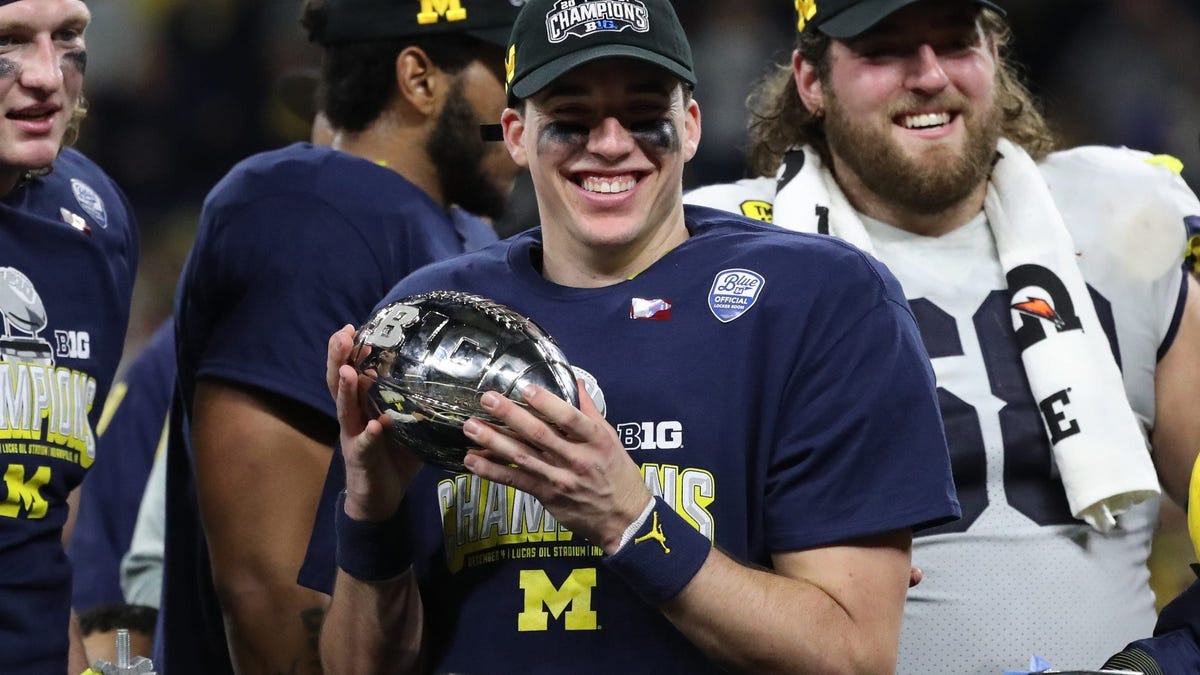 Cade McNamara trolls the Buckeyes with the truth

From here, everything is a bonus for Michigan. At the same time, the playoffs are national championship or bust -- and Harbaugh seems to be embracing those stakes.

“The facts are, you gotta win two games to be the national champion," he said Sunday. "Even had a bunch of conversations with (the players) and that's what their thoughts were, and I echo those: Why stop now? Why not us?"