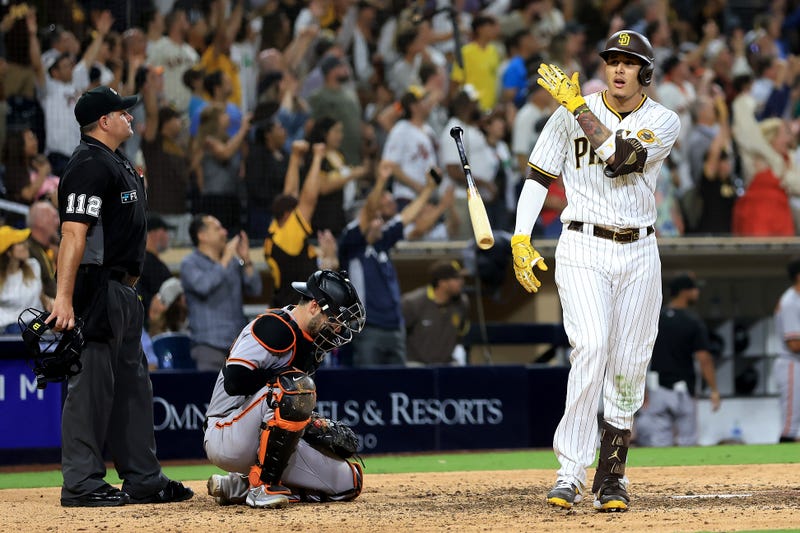 The Padres defeated the Giants 7-4 on Tuesday in a game where they got plenty of contributions from the team's new acquisitions, and Joe Musgrove delivered another quality start. After allowing a solo homer in the first inning, Musgrove didn't allow another run and completed 7 innings. Juan Soto hit his first home run in brown and gold, collecting two hits and a walk. Josh Bell went 2-4 with a run scored and an RBI. While Brandon Drury went hitless, he had a home run robbed by a leaping catch at the wall in center field. Josh Hader got his first save opportunity with the Padres, entering the bottom of the 9th with the Padres leading 4-1. Hader wasn't able to maintain the lead, issuing a hit and 3 walks, and allowing 3 earned runs. Manny Machado would make up for it though, blasting a walkoff 3-run home run in the bottom of the 9th to end the Padres' 5-game losing streak and send the fans home happy. The Padres will conclude their 3-game series against the Giants on Wednesday at 1:10.

You want to hear how Juan Soto's first Padre homer sounded with @jesseagler on the mic? 🎙️

Of course you do.

Here was the call on 97.3 The Fan and the Padres Radio Network! pic.twitter.com/2V4qiQjiul

Josh Bell with a big hit!

Here's how it sounded on 97.3 The Fan and the Padres Radio Network!

Bob Melvin shares his thoughts on the Padres' wild win: