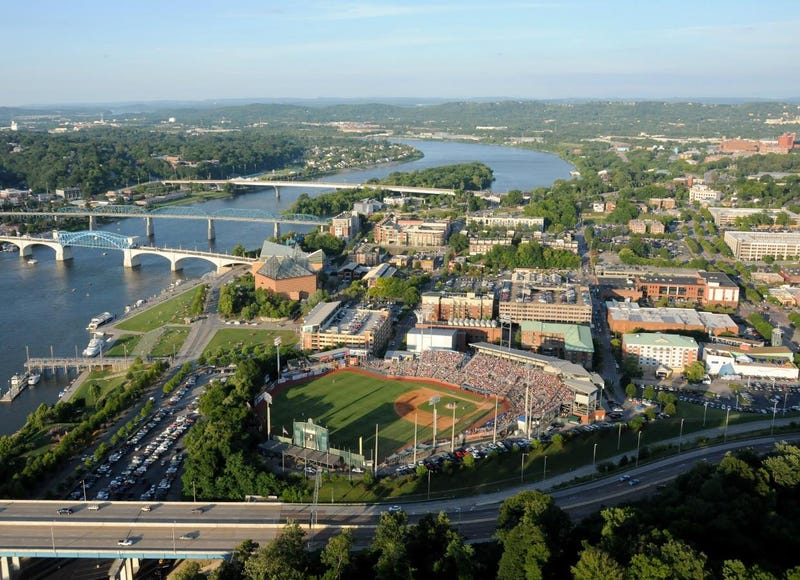 September 18, 2020 09/18/2020 12:09 am
CHATTANOOGA, Tenn. – Today (09/17-2020) , the Chattanooga Area Chamber of Commerce announced that the Chattanooga Lookouts have been named the Small Business of the Year for the 51-300 Employees category.  The announcement was originally scheduled for April but delayed due to the COVID-19 pandemic.

“This year has been hard and difficult year for everyone, but it is an incredible honor for us to be recognized as the Small Business of the Year.” said Lookouts President Rich Mozingo.  “Our 2019 season was a monumental success, and we could not have done it without our wonderful staff, the support of our fans, and the Chattanooga community. We are already planning for 2021 and cannot wait to see you back out at the park.”

In 65 games last season the Lookouts drew 228,662 fans, their highest total since 2014. Their average of 3,518 fans per game is their second-highest average since 2005. Overall, Chattanooga had nine crowds of over 5,000 fans including a season-high 6,381 on July 4. Other highlights of the 2019 campaign included fan-favorite promotions such as Superhero Night and Used Car Night. The Lookouts also became the first team in the Southern League to participate in Minor League Baseball’s Copa de la Diversion program, transforming into Las Montañas de Chattanooga for three games while partnering with local non-profit La Paz. They continued to reach historic milestones when on August 23 they became the first minor league baseball team to play a game that was 100 percent carbon neutral.

While the 2020 season was canceled, the Lookouts online team store is still open for business. Fans are encouraged to check out the line-up of gear and face-masks available. Lookouts gift cards are also available through Lookouts.com.

98.1 The Lake is the official flagship station of the Chattanooga Lookouts.